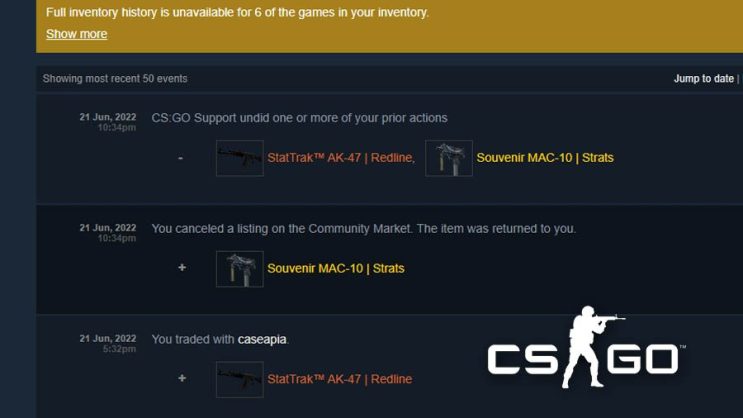 The most expensive account in all of CS: GO has just been hacked. The skins and all the items on it were worth around $ 2 million.

Something big just happened in the world of CS: GO. The most expensive account has been officially hacked. According to calculations, it was worth at least USD 2 million. The thieves probably impersonated the owner in the support.

There is no longer a reduced fare here. Valve had to react because it is a huge amount of money. Everyone thought that the developers would not do anything at all, but it is probably possible to save the account.

READ MORE
CSGO flamethrowers. This is how it could work and look if Valve introduced them

The biggest theft in CS: GO

The account has most likely been hacked in the simplest possible way. People are talking about exploits, but no one has confirmed it at the moment. According to unofficial information, someone impersonated the owner of the cat – apparently, no one has logged in for 3 years. 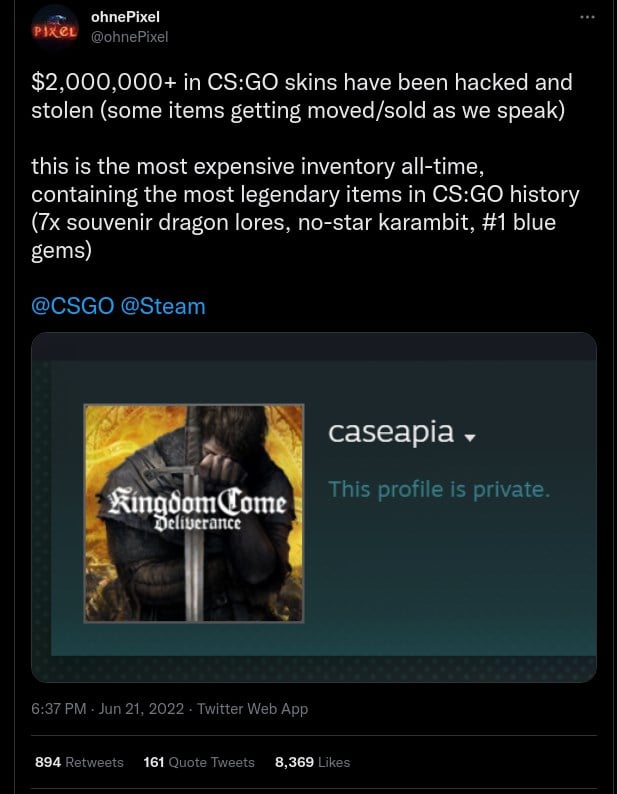 The profile picture and the nickname were changed and friends were removed. The original owner still has all security turned on, but the email has also been changed.

Importantly, Valve has taken action. Of course, the thief or thieves wanted to sell everything, but transactions are now reversed. So someone stole skins, sent them to their account, and started selling them and these skins started disappearing either on the other account or in accounts of people who bought these skins at the very end. 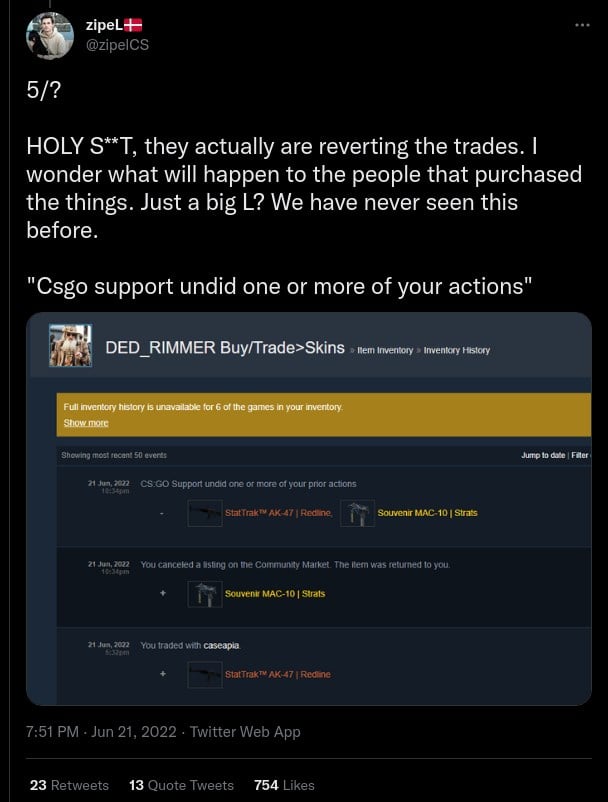 A lot of people lost money in this way and it is not known how it will finally be solved. After all, transactions most often took place outside of Steam.

Valve is known to be tracking these transactions and will certainly intervene. This is probably the first time that developers have actually did something in this kind of matter.