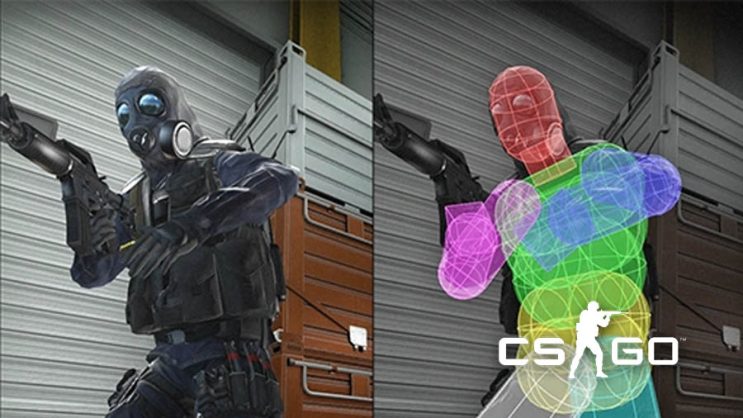 According to the person who found the bug – it has existed for a good 7 years, probably since the hitboxes were rebuilt in 2015.

Something similar once happened in LoL, when years later it turned out that minions on one side deal more damage. In the case of CS: GO, it seems to be even more funny. Players have figured out that one side has smaller hitboxes than the other.

The difference is really big. The whole issue has to do with the head, which is supposed to be nearly 17% smaller on one side. This is a difference that, according to players, is completely unacceptable for games based on competition.

READ MORE
This is what selling matches in CSGO through Discord looks like. No one even hides it

Where does the problem lie?

The topic of head hitboxes got a lot of attention thanks to a post on Twitter. This one points out that on the Professional (T) side, head hitboxes are smaller by 17%. 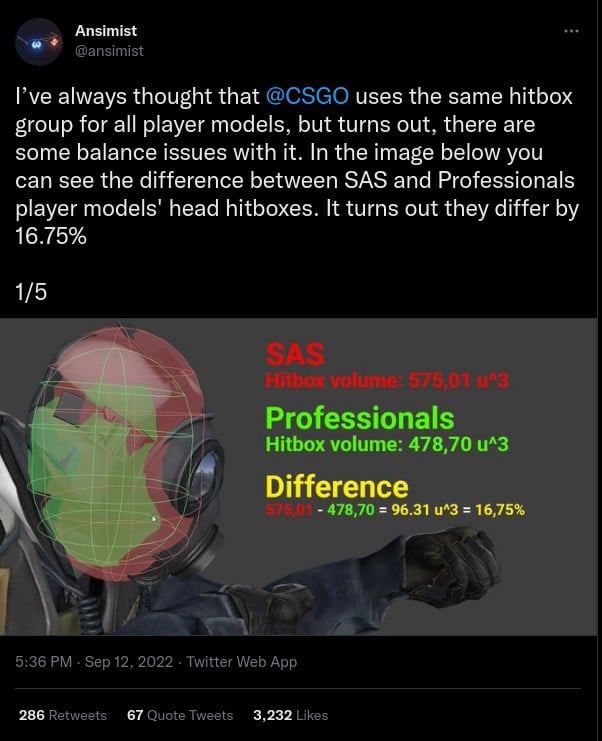 This was also backed up by a video in which the player shoots with the spread turned off, aims at one spot and first misses, using the pro model, and then everything hits the head SAS hitbox.

7 years before anyone noticed it. According to the community, this should be fixed immediately. However, it’s hard to say how much Valve will go out of its way to get it right.