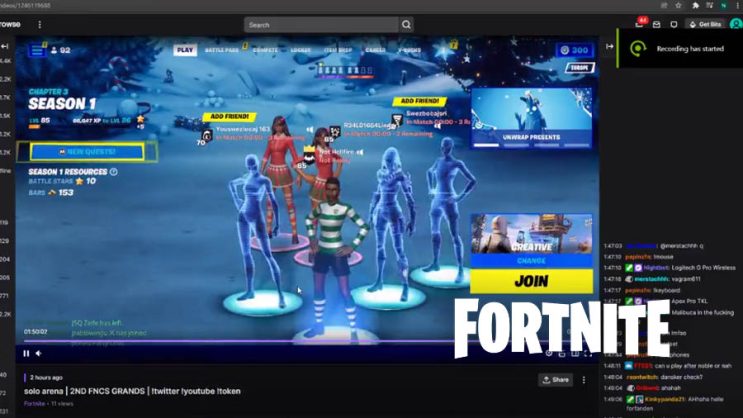 One of the professional Fortnite players has just been permanently kicked out of FaZe for saying hello to the others in a certain way.

The use of certain words may not only result in a ban on Twitch but also, for example, being kicked out of the team. And we are not talking about some random, small organization, but about FaZe – a popular entity that really matters in esports.

The player with the nickname “Cented” will no longer play for FaZe after the clip with his participation has been released online. What’s in this clip? The player uses n-word and that’s about it.

READ MORE
Epic showed a new skin for Fortnite in cooperation. Plus a glider and a backpack with styles

Kicked out because of this word

The video of the player saying hi went viral, especially on Twitter. The N-word is of course viewed negatively on the web, so people were directly demanding a penalty for the player.

FaZe considered this to be hate speech and kicked the player out of their organization with immediate effect. 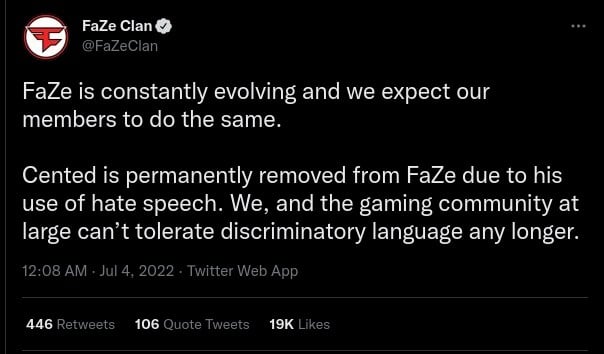 The player apologized on his account and also announced that he was parting with the organization.

This case became very media-focused because it divided the community into two parts. Some believe that the organization did the right thing, others say that it is an exaggeration to “cancel” a potential career for such a thing.