Resource Pack for Minecraft, which took 2 years to create. Doom transferred to the Mojang’s game.

Minecraft is a game that is incredibly popular, among others, in the modding community. Many games or mechanics that have been known in the gaming world for years have been transferred to the production of Mojang studio. Some time ago there was an article about Super Mario 64 (A modification that brings the Super Mario 64 game engine to Minecraft. The effect may surprise you), and even earlier you could learn about the project that brought Doom to Minecraft.

The author spent a lot of time on DOOMED: Demons of the Nether. After two years of creating it, he can finally share the final result of his work, and these are really impressive.

READ MORE
Minecraft players argue over what color these boards are. Which variant are we talking about?

Doom is a game that first got to the hands of players in 1993. Until today, fans can enjoy new productions from this series, which for obvious reasons look completely different from each other. Nevertheless, the core of the game remains the same – Doomguy – the character that has the task of getting rid of countless demons that can be found on different maps.

The seemingly simple gameplay can be really satisfying and brings together a huge number of fans who have often shown their creativity. On the Internet, you can find a kind of meme “Will it run DOOM”, which refers to the fact that the first parts of the game have already been launched on virtually any type of hardware. From calculators to refrigerators. Today, it is considered a cult game and one of the most recognizable FPSs ever.

No wonder one of the fans decided to transfer Doom to another incredibly popular game- Minecraft. A user with the nickname Sibogy, and the author of the DOOMED project, shared the trailer for the final version of his Minecraft pack.

A person who would not search for Minecraft in the trailer shown above would certainly believe that this is a spin-off of the Doom series, i.e. a separate production based on its prototype. 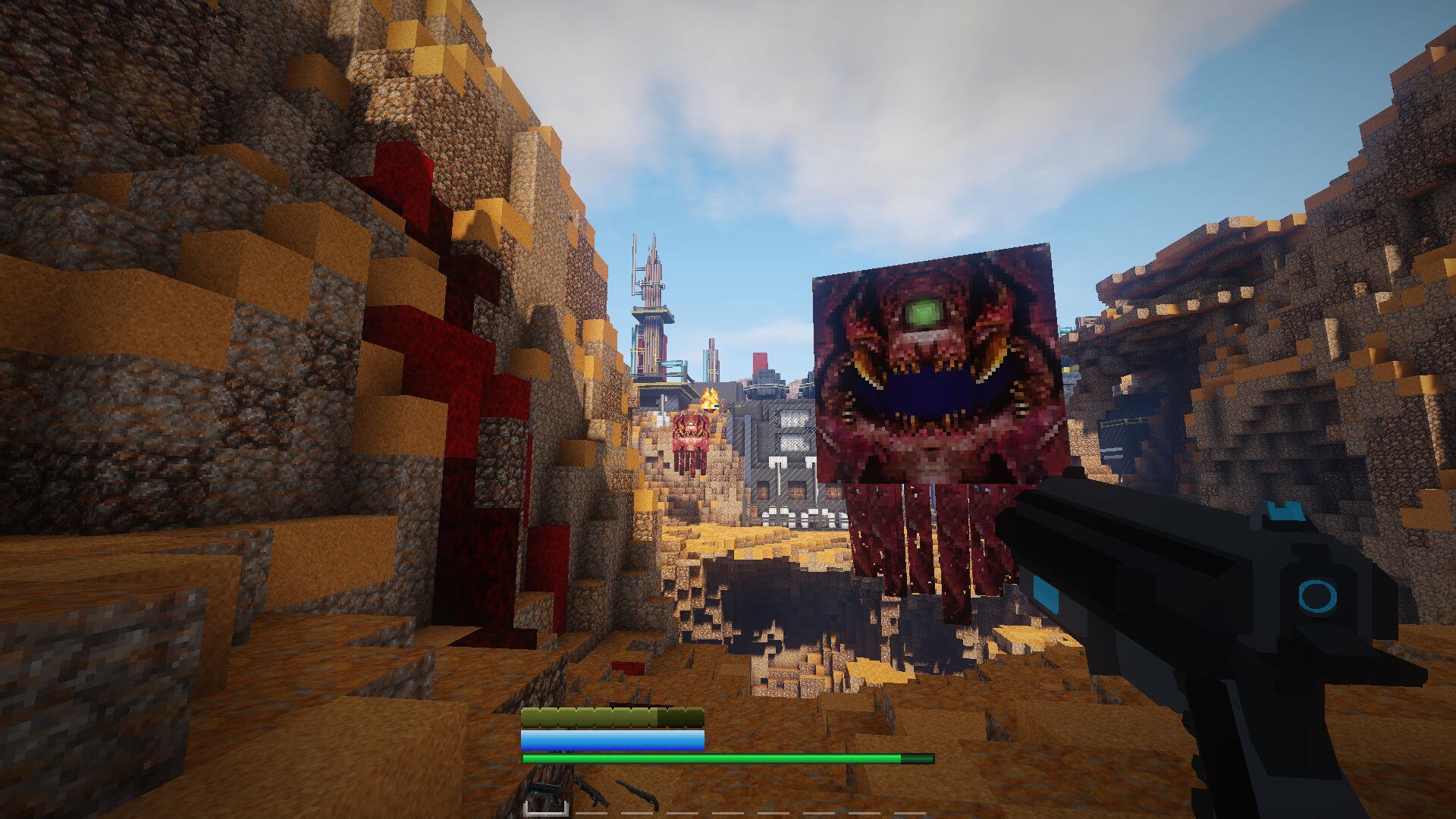 The resource pack that turns Minecraft into Doom can be downloaded for free from the creator’s website and easily installed on your computer – doomed-mc.carrd.co. By following the link above, you can also find the complete installation guide.

It is certainly not the last impressive Minecraft community project of its kind. Although the game has been on the market for over 10 years, it still enjoys a lot of interest, and its characteristic world allows and encourages to recreate practically everything in it.