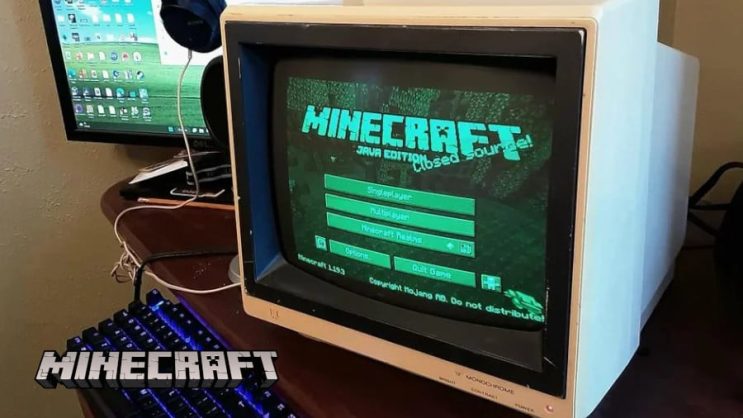 What would Minecraft look like if it was created 40 years ago? Playing the game on such an old monitor makes it possible to imagine it.

Some time ago you could read an article about shaders specially prepared by one of the players, which made the gameplay look as if you were playing on one of Nintendo’s old portable consoles – the Gameboy Classic. The device was characterized by a green screen, on which the only distinguishing color was black.

Now the concept described above has been taken a level higher, as another player decided to play on a monitor much older than the game itself or the computers familiar to their users today. What did such an experience look like?

READ MORE
A shape in Minecraft that only true veterans will say something about. Most would not pay attention

Retro Minecraft on an old monitor

A user with the nickname BTM_6502 shared some photos with the Minecraft community, showing what it’s like to play the game on a monitor older than the vast majority of players.

Playing Minecraft on a 1980s green monochrome monitor. It is surprisingly playable, especially considering that the monitor if from 1986, and is older than I am. 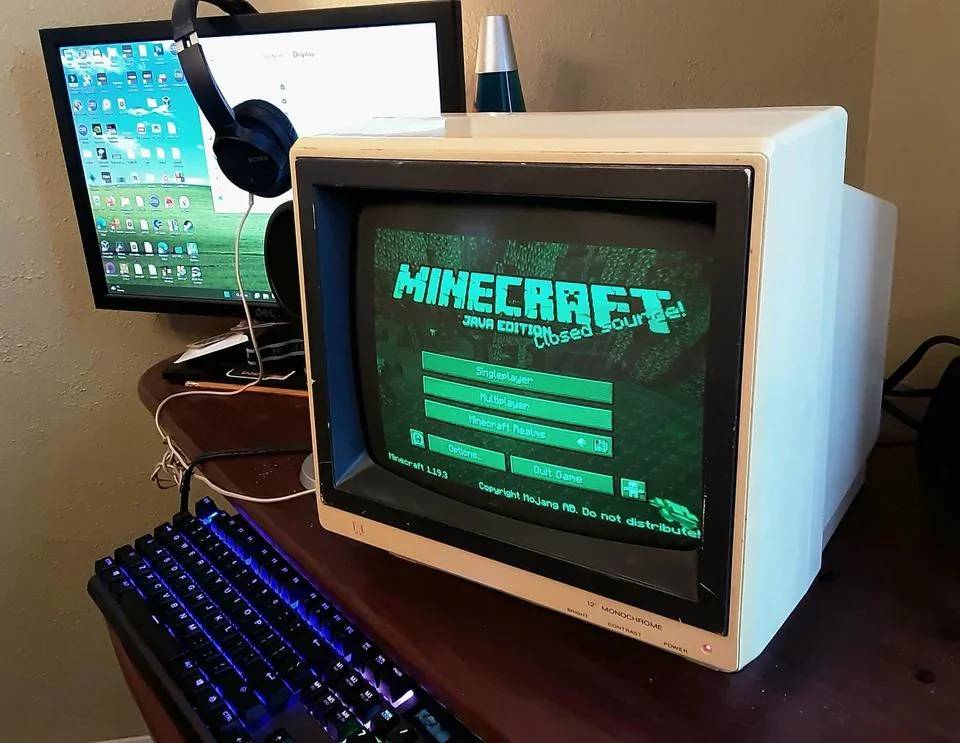 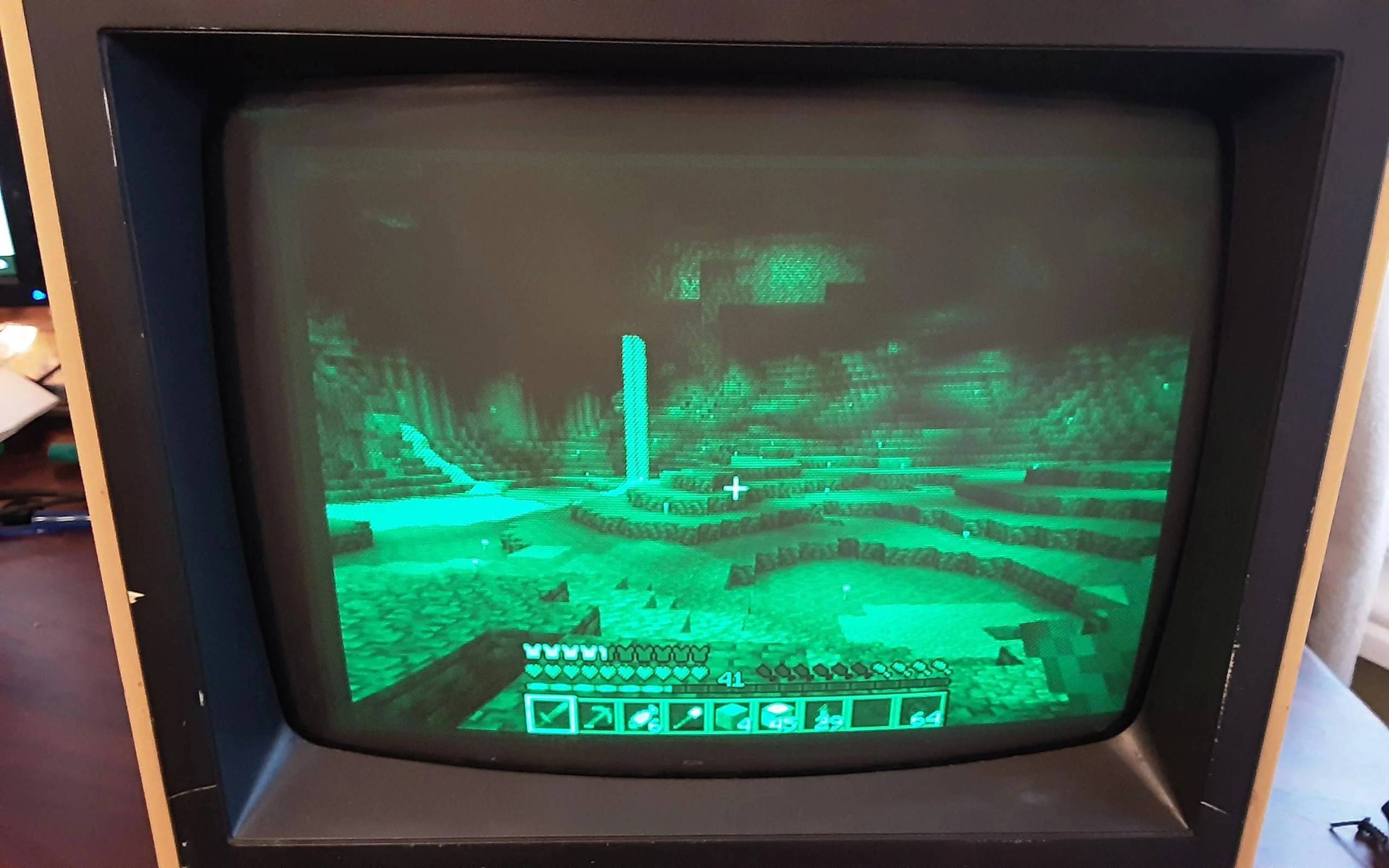 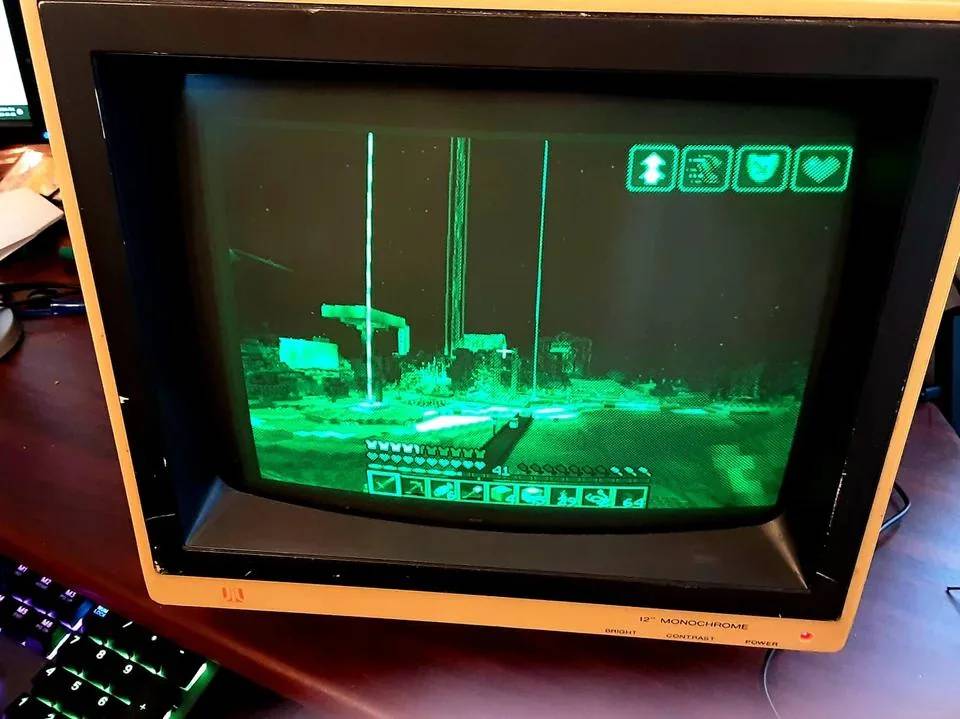 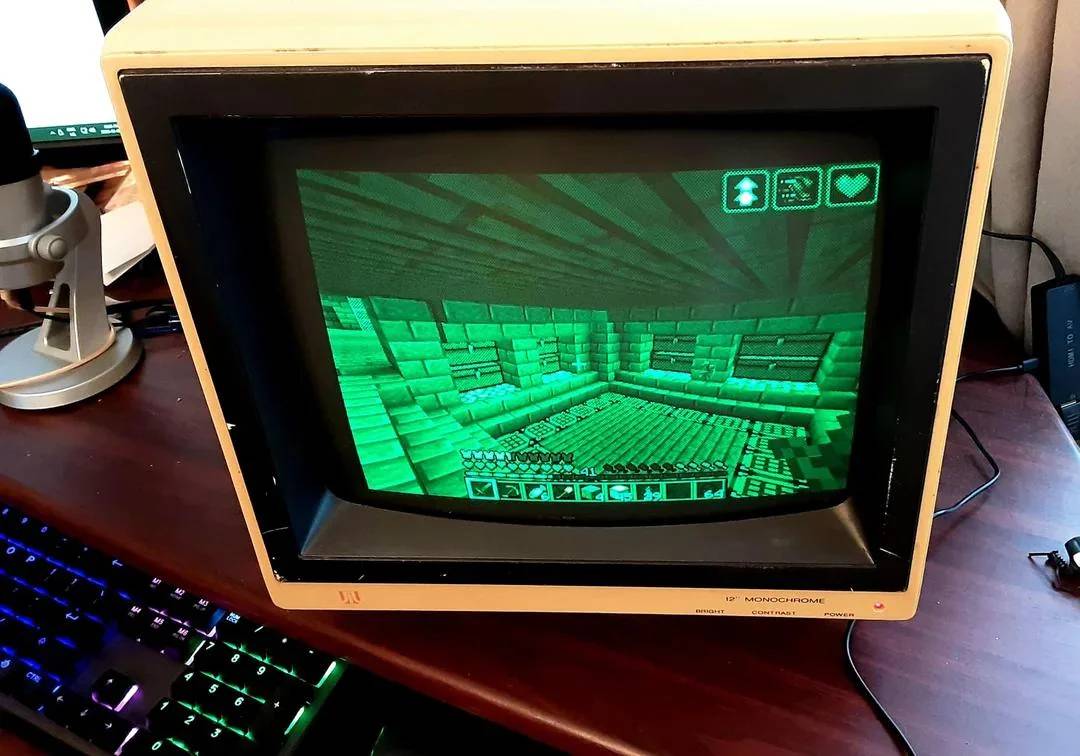 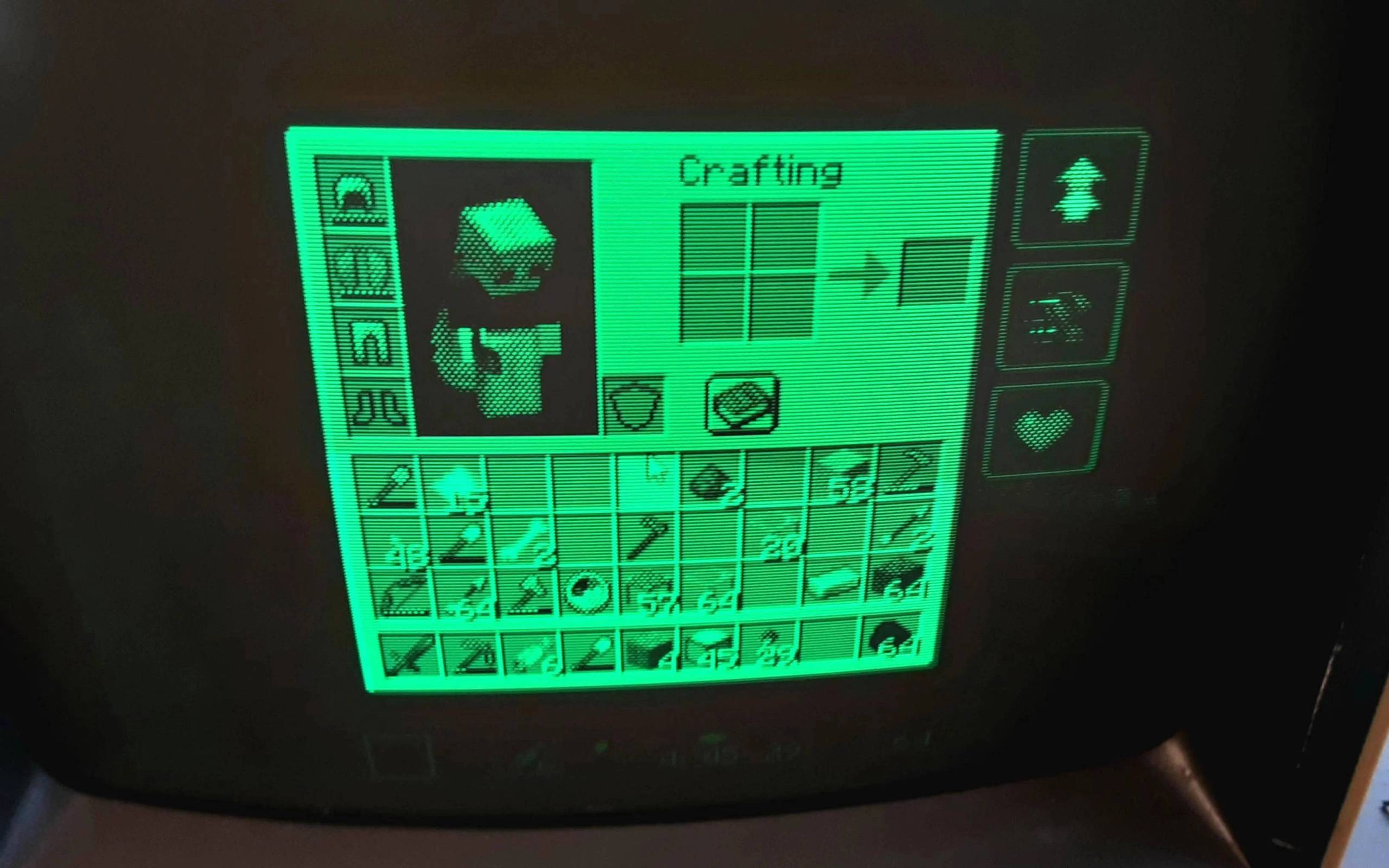 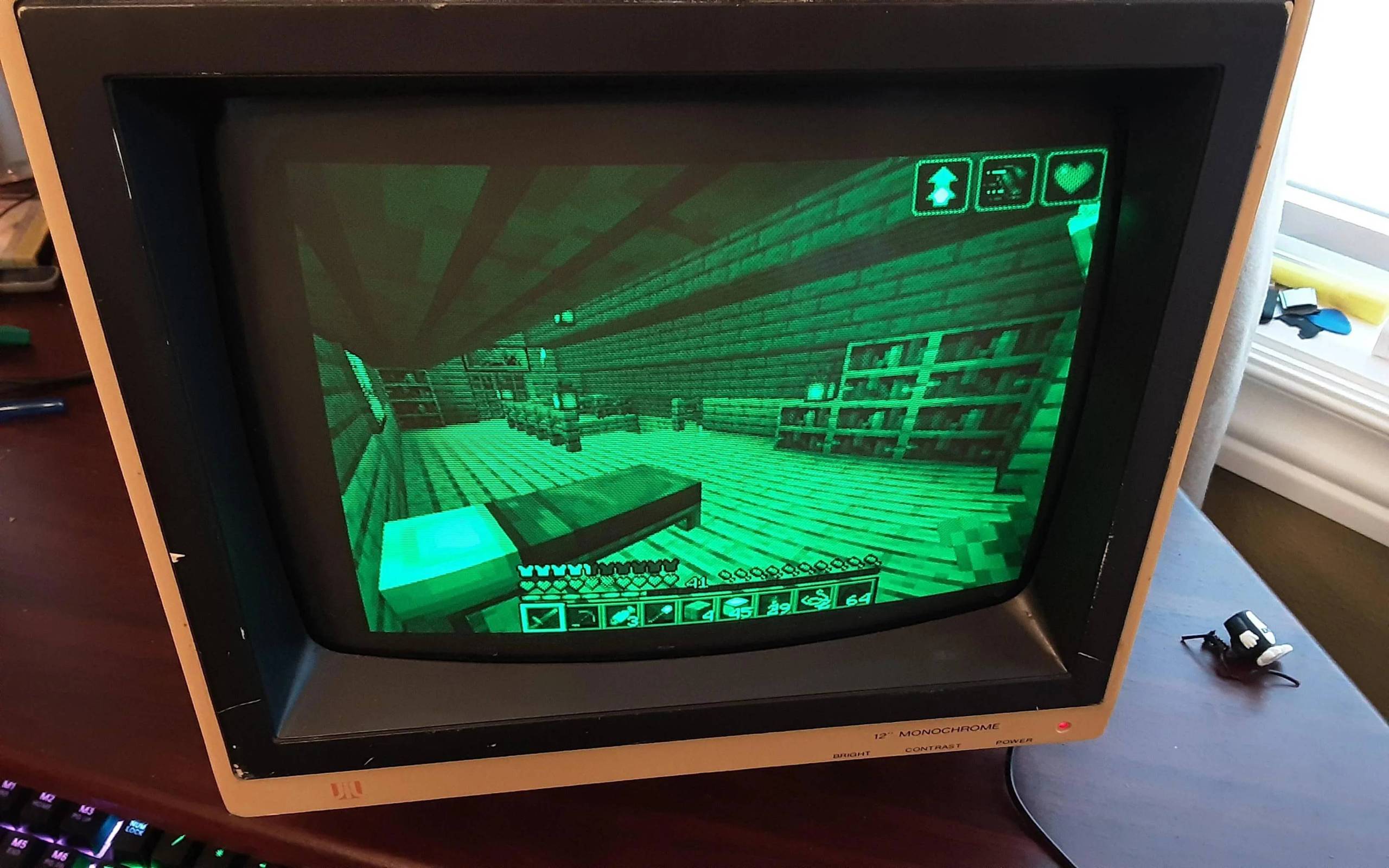 It must be admitted that it looks really interesting and, contrary to appearances, playing this way would not be something as difficult as it might seem. People commenting in the thread joke that this is probably what it looks like to play with goggles that allow you to see in the dark.

Others have associated it with how the Creeper sees the cubic world. In older versions of the game, it was possible to play as a mob to see the environment from its perspective. When this ability was introduced, it turned out that the Creeper sees everything through a green filter, in the Spider the view was adjusted to how many pairs of eyes it has, and when it comes to Enderman, the colors are reversed (How do Minecraft mobs see you? Few people know what the world looks like from their perspective).