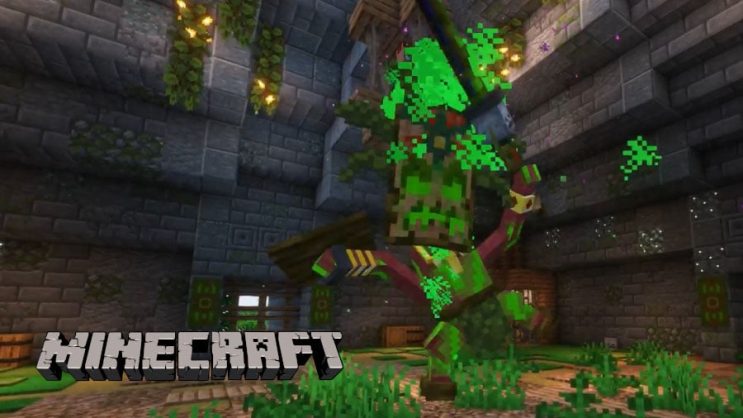 Jungl boss created by one of the Minecraft players. A great concept that fits the game.

Minecraft came into the hands of players many years ago and has evolved significantly since its release. Among other things, the game included new mobs and bosses, such as Wither and the dragon that can be found in the land of End. Due to the fact that the developers have to make sure that all the innovations introduced in the game meet the set standards, there are not as many as players would certainly like.

However, the web is full of fan-made content that would fit the game perfectly, and the boss shown by one player is a sensational example. What are his characteristics and why would players want to see him in Minecraft?

Jungle is one of the overlooked biomes by developers. Although it has a dedicated structure that generates there, it is without a doubt outdated and not up to today’s Minecraft standards. Compared to, for example, the pyramid that appears in the desert or the forest estate inhabited by the Pillagers, it simply falls short.

Players have been sharing ideas for upgrading the jungle temple for quite some time, and a user with the nickname WhimzeeYT designed a really elaborate boss that could guard it.

The creature has a really interesting model and several abilities with which it can surprise the player. It can summon a cloud of endermites, throw skulls at the player, and even restore some of the lost health by sacrificing one of the villagers trapped under the ceiling. In addition, the author enlisted the help of a real voice actor, who voiced several of the boss’s lines.

The project quickly garnered praise from gamers, who acknowledged that an opponent would be great for Mojang’s production, and a discussion about new content released by the developers arose in the comments. Players began to wonder why the developers don’t release these types of mobs, and in one response there as a quote in which the designers said they wanted “Minecraft to remain Minecraft.” Nevertheless, according to many, the released content, such as the Warden, is already at odds with these assumptions, so the addition of the presented boss would not destroy the game’s atmosphere at all.

This type of creature, therefore, raises a lot of controversies. On the one hand, players would like the game to be more expansive and have more varied enemies, while on the other hand, the developers do not want to overdo it, so that the title ceases to resemble what it used to be.