Occasions, when famous characters in the CS: GO scene are arguing with each other on Twitter, are quite rare. S1mple, however, could not stand it.

S1mple is currently the best Counter-Strike: Global Offensive player in the world. The player has been on the scene since 2013, so you can guess that he perfectly remembers the heyday of legends such as FalleN, Coldzera and GuardiaN.

Therefore, it is not surprising that when a well-known commentator decided to criticize one of these players on Twitter, the Ukrainian stood up for him.

READ MORE
The most balanced map in all of CSGO. The only one where even PROs have 50% winrate.

It all started with Thorin’s post, to which s1mple responded

Thorin wrote an entry on his social media in which he gave his opinion on FalleN. This comment was not received very positively by the Counter-Strike community, especially s1mple.

It did not take long for the Ukrainian player to respond, as it appeared after 4 minutes. 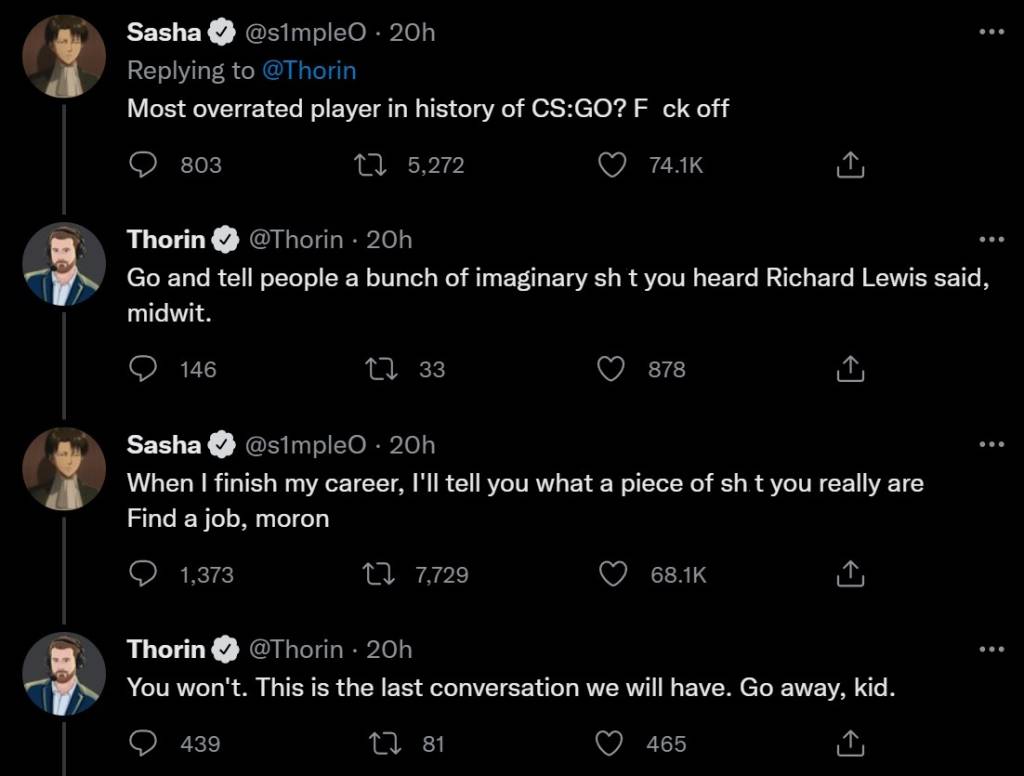 Thorin decided to block s1mple after the last comment, which is why it was their “last conversation”. The Ukrainian pro-player commented on this behavior on his profile.

FalleN, of course, thanked the Ukrainian player for his support.

Also funny is the fact that 6 years ago Thorin recorded a 17-minute video for his YouTube channel claiming that FalleN is the best IGL in the world:

S1mple is quite known for being impulsive, but in this case, he has received support from the community despite his harsh words. The whole argument had a negative effect on Thorin’s image among CS: GO fans.