Three important people dealing with Valorant presented changes regarding one of the most popular agents. The creators aim to change her dash, which they considered to badly affect the condition of the game.

Therefore, it is about to change, and players will be forced to switch and learn a new way to use it. Now Jett will get a bit more difficult.

READ MORE
Riot had to apologize to the player for several months of suspension. He was wrongly accused

Although Jett was initially considered a rather weak agent and was rarely played, that changed very quickly. Now it’s hard to play a game in which she doesn’t show up.

The main advantage of the heroine is her amazing mobility. She is able to quickly get out of a losing position with virtually no consequences. This is what Riot wants to change in the upcoming update 4.08.

It’s crazy to think of how perception of Jett’s power has evolved from once being considered one of the weakest Agents in Beta to becoming a mainstay in most compositions. The team’s always loved what Jett brings to the roster: breaking through defenses on executions and making highlight plays with impressive mechanical skills. But some of her other impacts on the game have pushed beyond VALORANT’s core tactical cycle in worrisome ways.

To fix this, the Jett’s Tailwind will be updated:

Here’s how the new skill is shown in-game:

With this update, we want to bring Jett back into that core loop by asking her to call her shots and then engage with a window of dash power to make those trademark explosive plays. This should create clear signals for other players to consider and understand that Jett made a deliberate call. Jett’s new dash will require an adjustment for players but we feel this is the best solution to balance maintaining Jett’s identity while increasing game health.

It turns out that it was not the only solution tested by the developers. As reported by the employees, there were a lot of them, but in the end, that’s what turned out to be the best.

We developed and tested dozens of prototypes for Jett’s dash, but they came up short. Some of them avoided having to press the dash ability button twice, but ended up being less intuitive for players despite that. Some of them felt better for Jett players, but didn’t give us confidence that it solved the game health issues we set out to fix.

Interestingly, it was the perfection of the players that led to the change. Fans of the character learned to use the skill to such an extent that it became OP. Here are the top reasons for updating a skill given by Riot:

Overall, we want Jett to have her power moments and to be able to dash, but we also want viable counterplay and for Jett players to be more thoughtful when using their abilities.

Why did Riot Games make this decision? It turns out that it was impossible to adjust other agents to her level. The ability to jump back quickly was strong enough that it had to be nerfed and other characters’ buffs were not possible.

Jett’s reactive power crowded out the competition for other Agents and pressured the core tactical promise of the game to a degree that we think it would be dangerous for the roster to try and match.

It’s important that Agents as a group remain balanced relative to gun play and maps, in order to keep our tactical cycle healthy. Buffing other Agents against an Agent that is breaking that cycle might avoid some pain in the short term, but jeopardizes the tactical promise that we think is key to VALORANT. Simply put, our goal with balance is to maintain the game integrity and the tactical cycle.

The balance of Sova, which took place before the upcoming patch 4.08, was also mentioned:

It’s not just about existing Duelist balance either, as Jett’s power also makes it more difficult to create compelling and viable alternatives for Duelist players. Also it sometimes made it hard to balance other Agents. For example, we were concerned about a Sova nerf before we shipped 4.08, since his utility is a key piece of how many of you deal with Jett in coordinated play. We found it necessary instead to update Jett’s dash ability to avoid reworking the entire game around her. 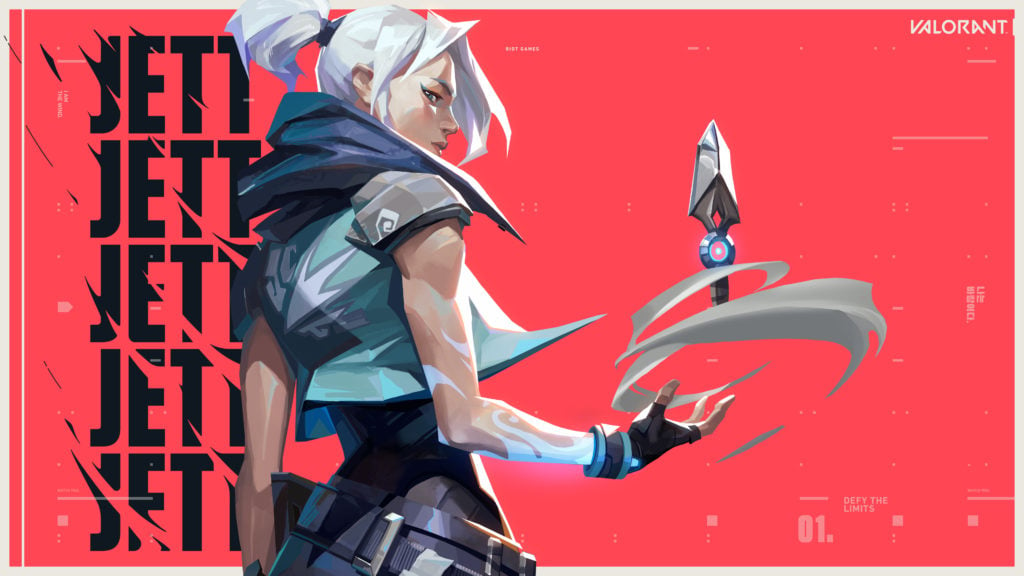 Rioters hope that the new version of the character will appeal to players, will be well received, and will continue to be useful on a similar level.

Our hope is that these Jett changes provide a window where Jett can feel as powerful and reactive, prior to the changes, when she calls her shots correctly. We’re committed to making sure Jett can keep her unique place on the roster while giving our other Agents a bit of breathing room, while also ensuring we can protect the core tactical promise of VALORANT moving forward.

This change should be available in the game soon, with update 4.08.