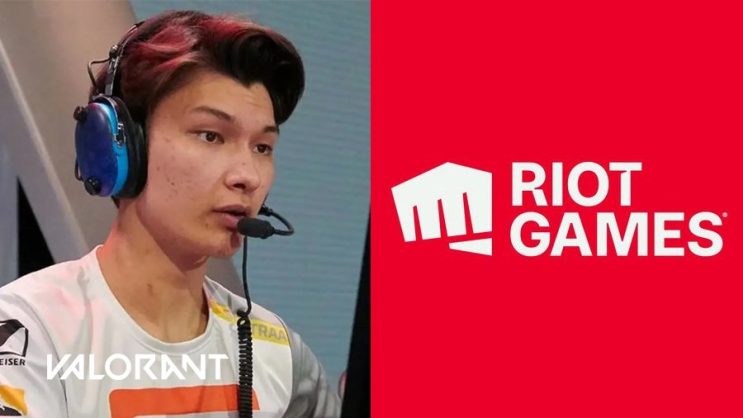 Riot Games apologizes for an error during the investigation of “sexual abuse” by professional player Sinatraa.

Jay ‘Sinatraa’ Won is a famous face among Overwatch players. He won the MVP title in the most important league and thus received his own skin. After Valorant was released, he decided to switch to Riot Games’ production, but his career did not last long.

More than 12 months ago, he was accused by ex-girlfriend Cleo Hernandez of sexual abuse. Thus, he was suspended from Valorant and banned from Twitch. Although the police investigation ended seven months ago after Cleo dropped the charges, new information has now come to light regarding the Riot investigation. The company admitted its mistake and apologized for the employee’s actions.

Last year was not the best for the Valorant’s American professional player. A nine-page testimony of his 21-year-old ex-girlfriend has appeared on the Internet. It also got to the police. The player was kicked out of professional games in Valorant (including the Valorant Championship) and was banned on Twitch. Ultimately, 7 months ago, the police investigation ended in connection with the withdrawal of the charges by the player’s ex-girlfriend, and the player could continue his career.

Now he broke the silence and thanked everyone for their support and explained his situation in a Twitter post:

He confirmed that he was a bad boyfriend, but never sexually hurt his partner. This was confirmed by an investigation in which no evidence of a crime was found and he had already served a 6-month suspension. He also added that in January, Riot Games confirmed that he is now ready to return to esports. He attached an email from one of the employees, and this one caused controversy. 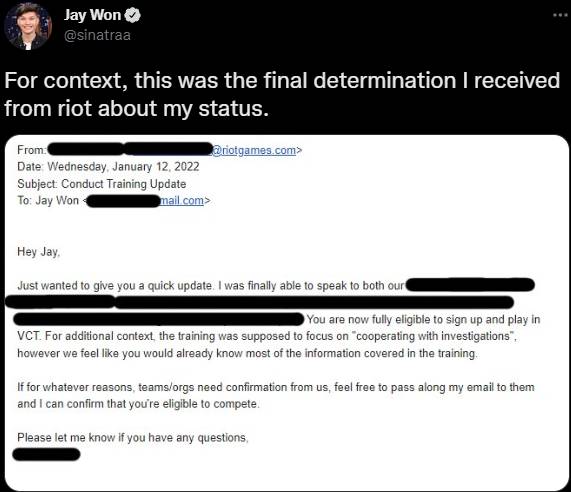 The employee stated that the player does not need to undergo special training in “cooperating with investigations”. It is worth noting here that the developer previously claimed that the player “does not cooperate”, “omits certain facts” and “makes false statements” in the internal investigation. Back then, Riot Games decided that such behavior should not be tolerated, and now it is treated as if nothing had ever happened. This was not liked by players who began to criticize the actions of the developers of Valorant. 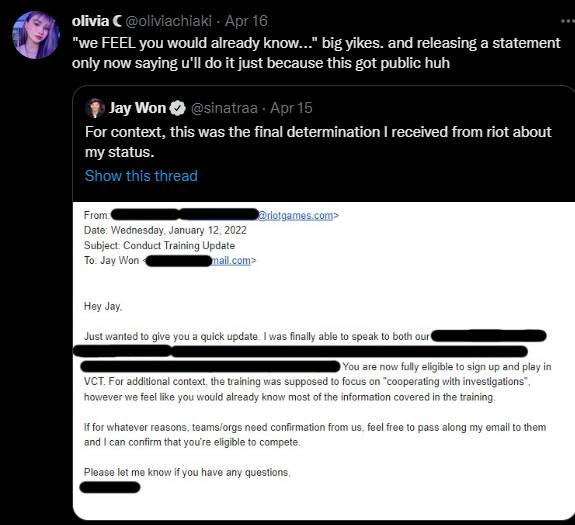 Riot’s response was immediate, and just a day later an official statement from Esports CEO John Needham appeared. According to him, one of the employees made a mistake, and the team was not even aware that the mail had been sent. 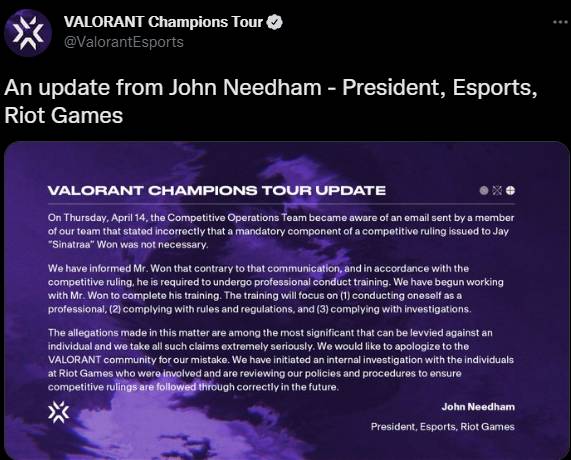 We have informed Mr. Won that, contrary to the communication, and in accordance with a competition ruling, he is required to undergo professional conduct training.

All training is to rely on the various laws and rules and procedures related to the investigation. In addition, John Needham apologized for the error and admitted that another investigation had been initiated to “ensure proper compliance with competing judgments in the future”.