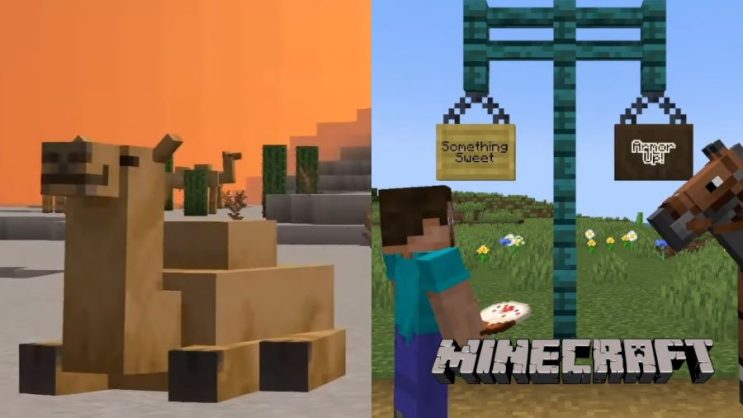 What were Minecraft players able to learn about during this year’s Minecraft Live?

Minecraft players have already had the most important annual event related to their favorite game. The developers usually informed during it, among other things, about all the planned new features that will hit the game in the next major update.

This time, however, it was a bit different. Mojang only showed what is already ready, and the name and theme of the next update were not revealed. So what is known about update 1.20?

READ MORE
Few people have noticed, but one of the new characters in Minecraft has something special

All about the next update

Mojang surprised players this year and did not reveal the theme of the 1.20 update, but only showed what is ready to be put into the hands of players. It is also known that snapshots will start appearing as early as this week, so players will most likely have the opportunity to test the content announced by the developers in a few days. What exactly was shown?

The desert will feature a new mob – the Camel. It will be able to be ridden by up to two players, and the animal will be distinguished by its dashing ability, which will allow it to cross larger chasms.

Camels will have a lot of animation and players are already writing that they will most likely quickly become their favorite mobs. They are so tall that some mobs, such as Husk, will not be able to reach the player to deal damage, and their speed will be slightly lower than that of horses. Riding ahead, however, camels will pick up speed and the ability to dash will make moving on their backs even easier to play.

The upcoming update will introduce a number of new basic skins. Minecraft players, in addition to the distinctive Steve, also have a choice of Alex – a female character, who took a liking to players and has already become permanently memorable to fans of Mojang’s production. The aforementioned two will probably always be remembered as Minecraft’s primary characters already, but 7 new default skins will soon come to the game. 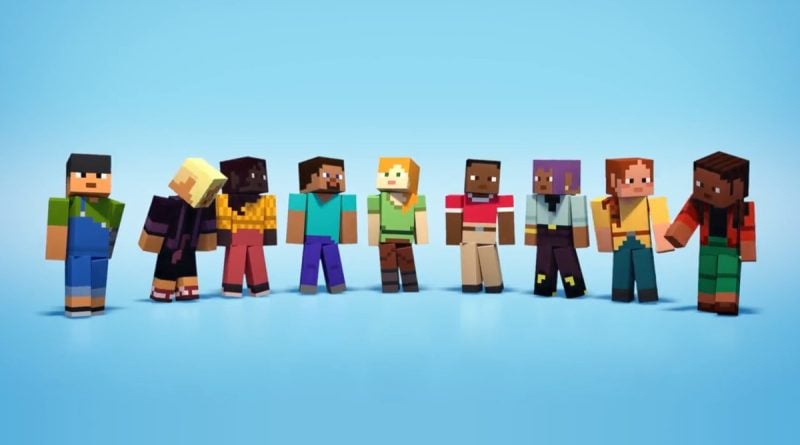 Minecraft players have been asking for a really long time for the developers to make it possible to put up characters in more ways. Until now, you could only place them on the wall or put them on other blocks. In the upcoming update there will be the possibility to hang them on chains. 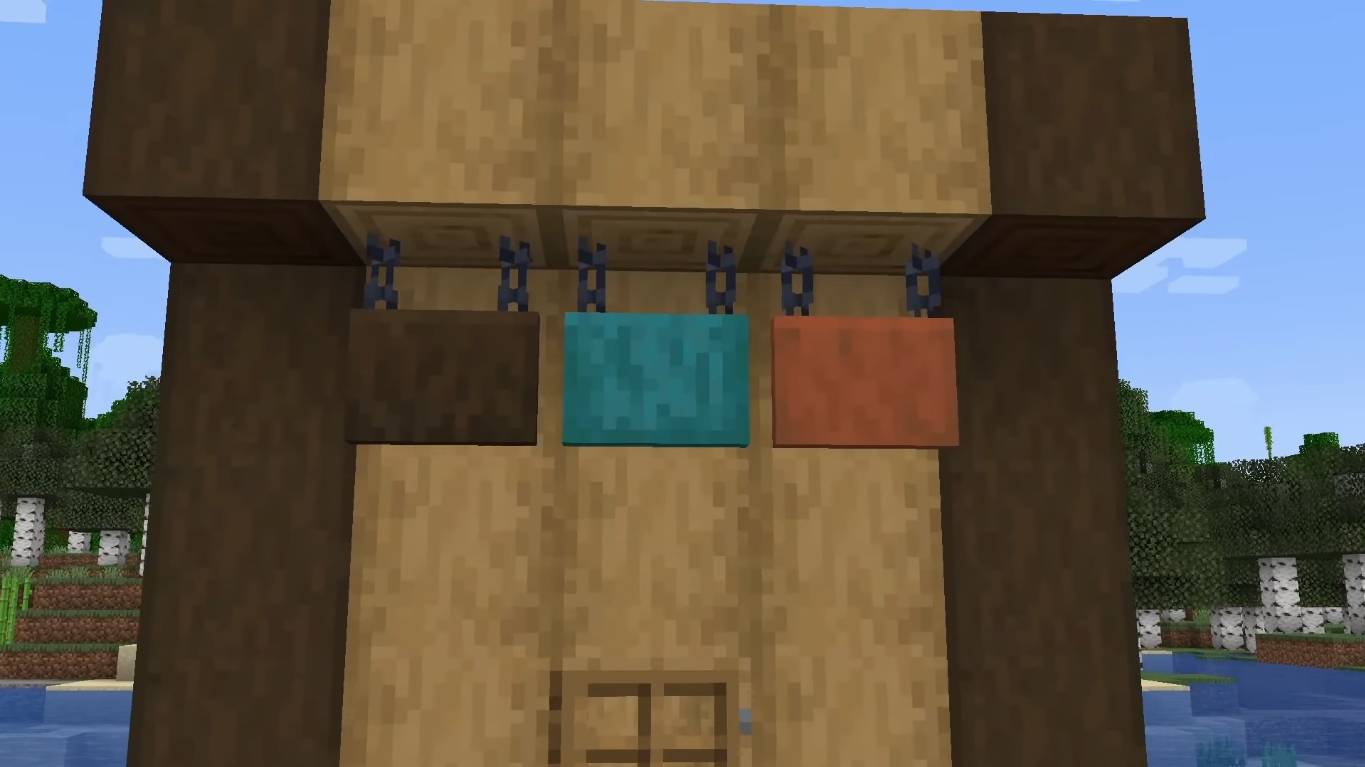 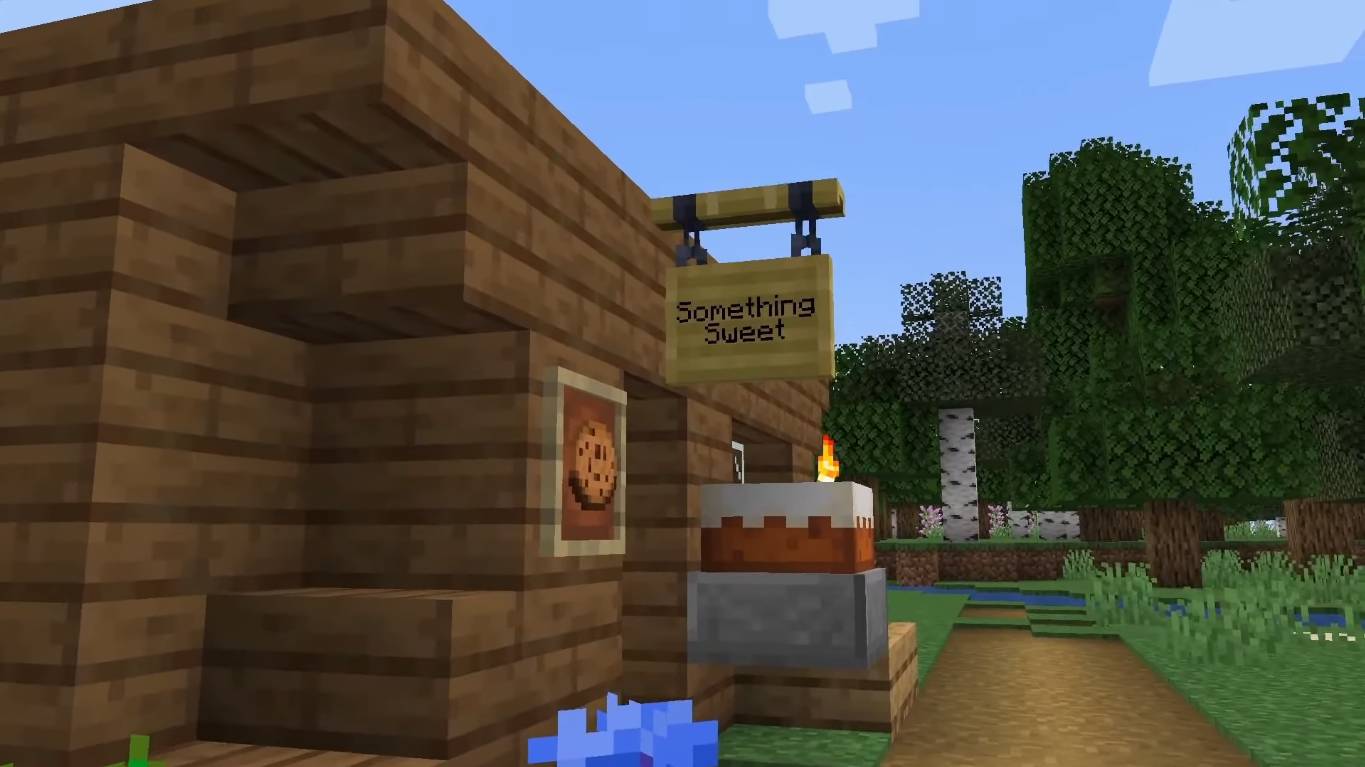 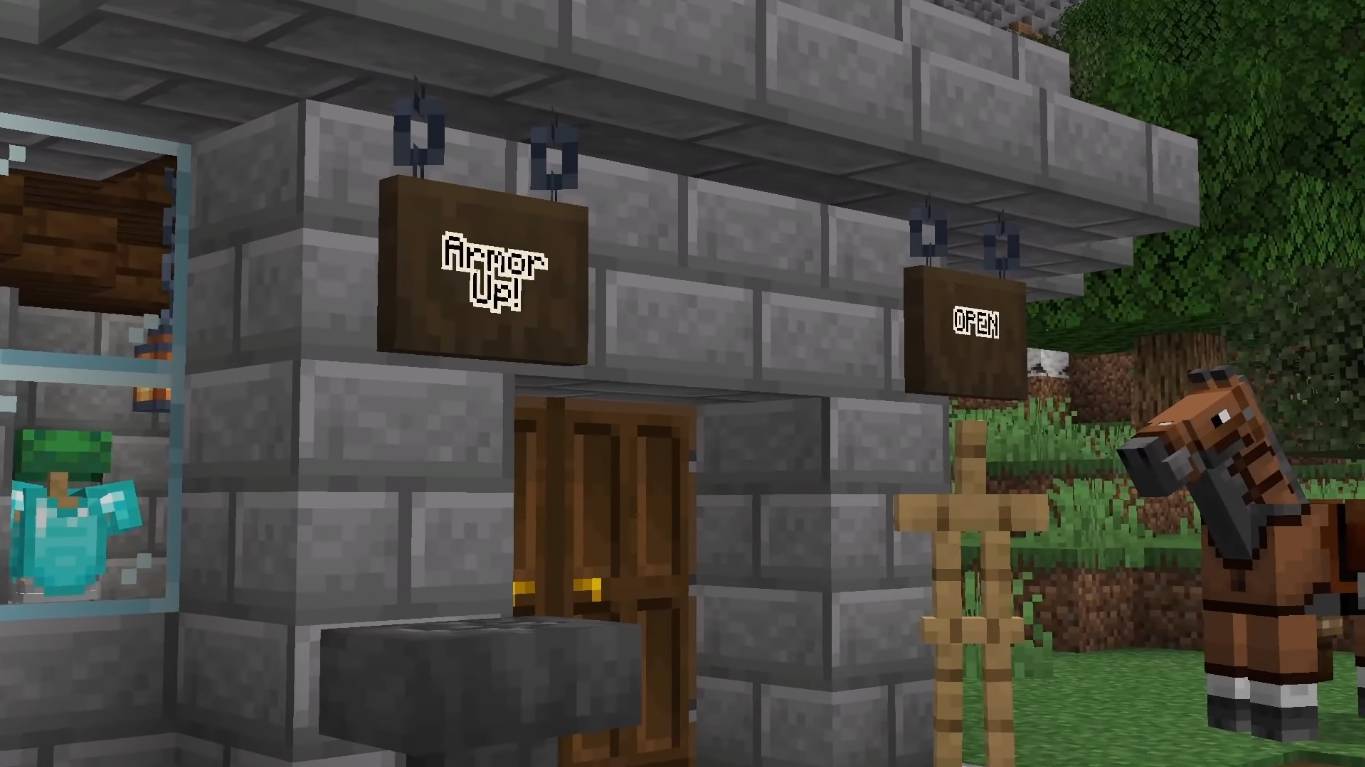 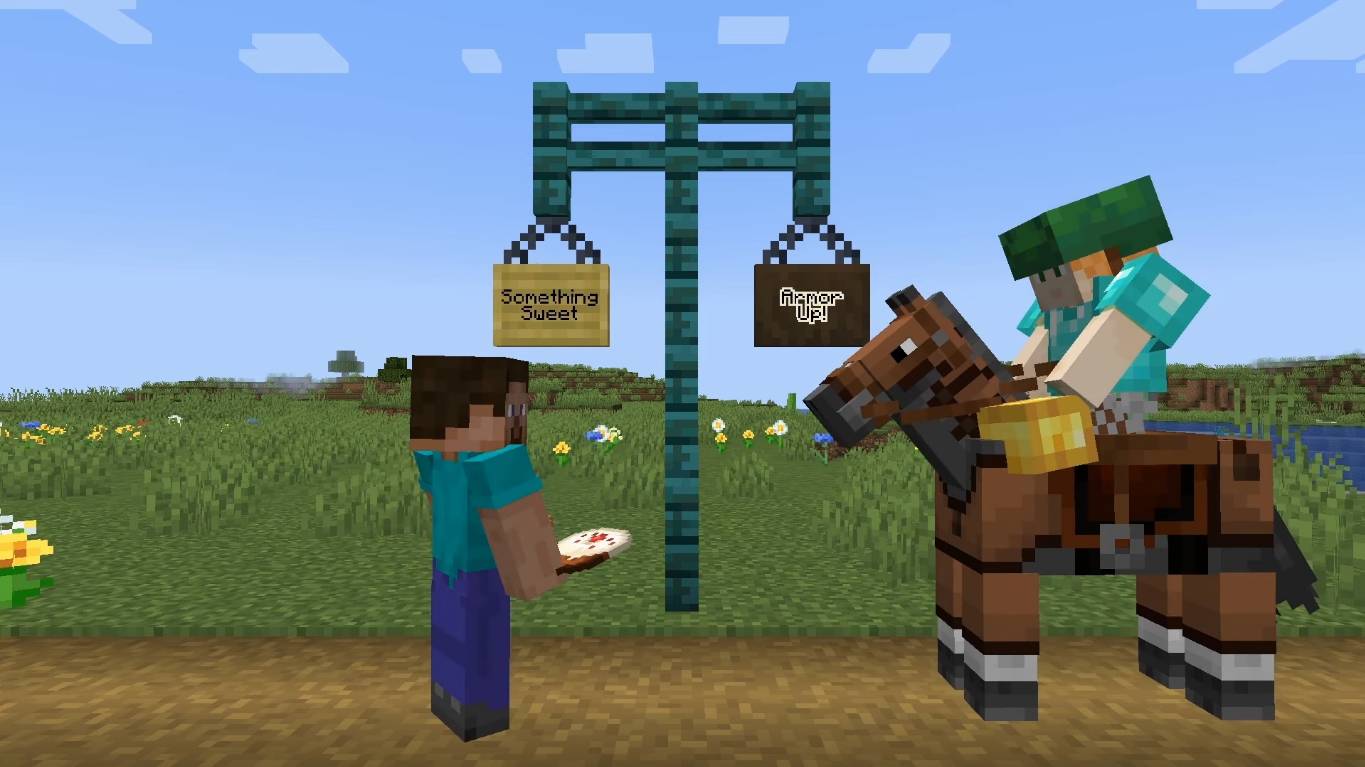 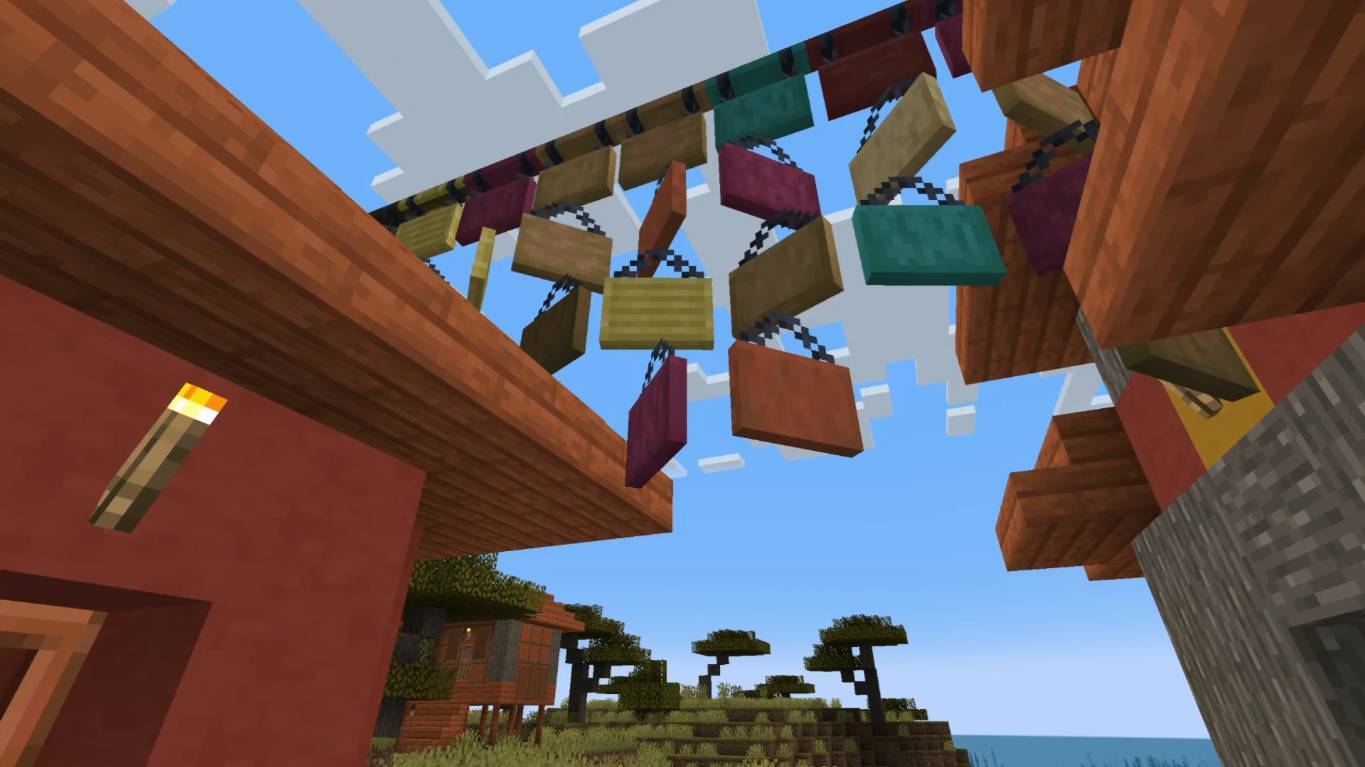 Another new feature announced by the developers is bamboo wood. It will be the first type of wood that does not come from a corresponding tree. Players think that one of the most interesting things is the distinctive texture, which simply looks very good. 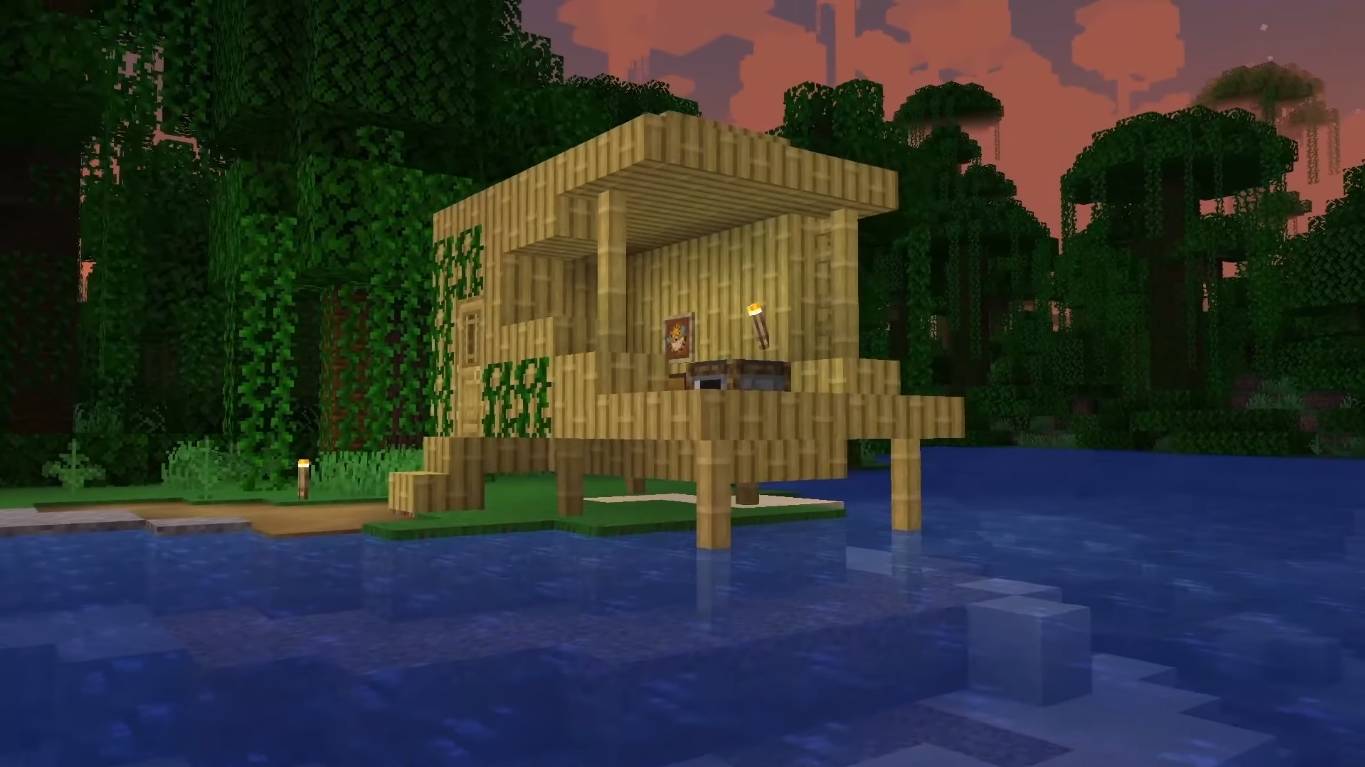 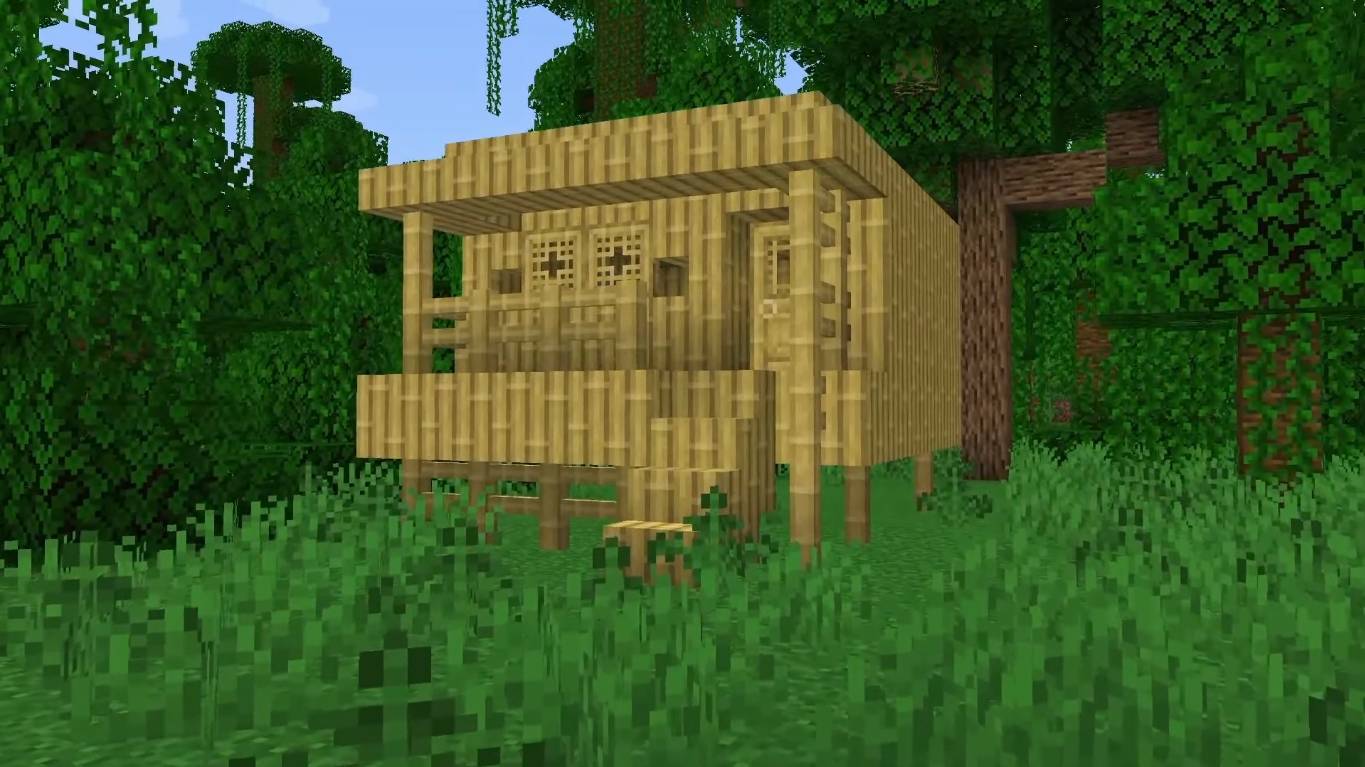 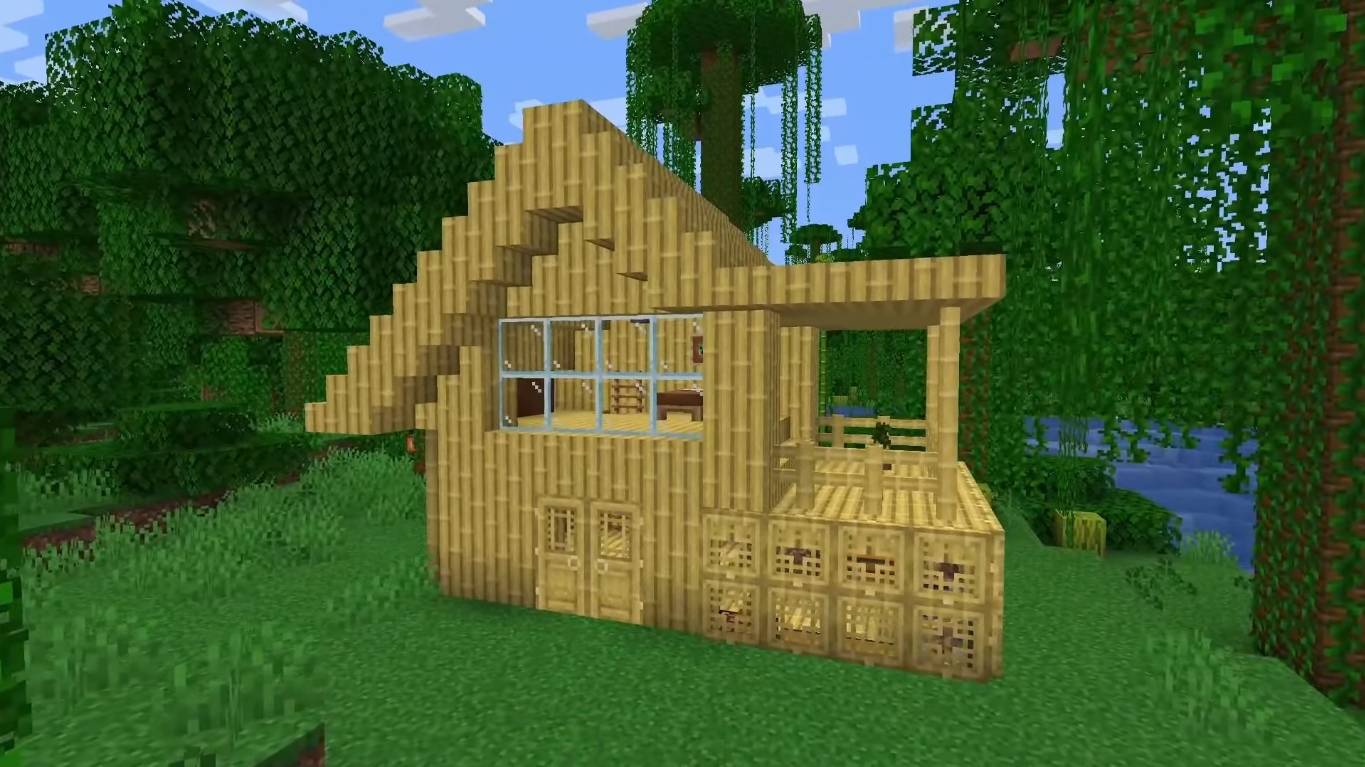 In addition to the standard blocks associated with each type of board, players will also have the opportunity to create a bamboo mosaic. 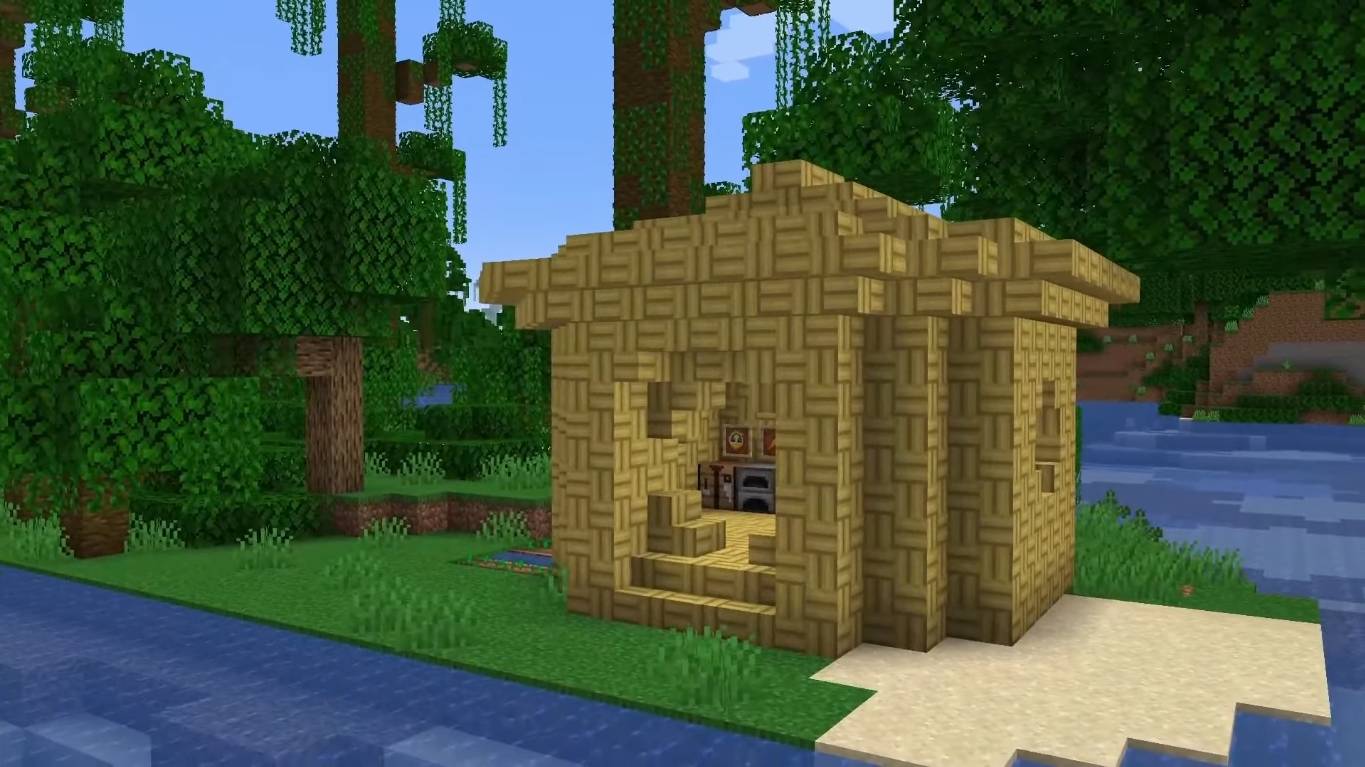 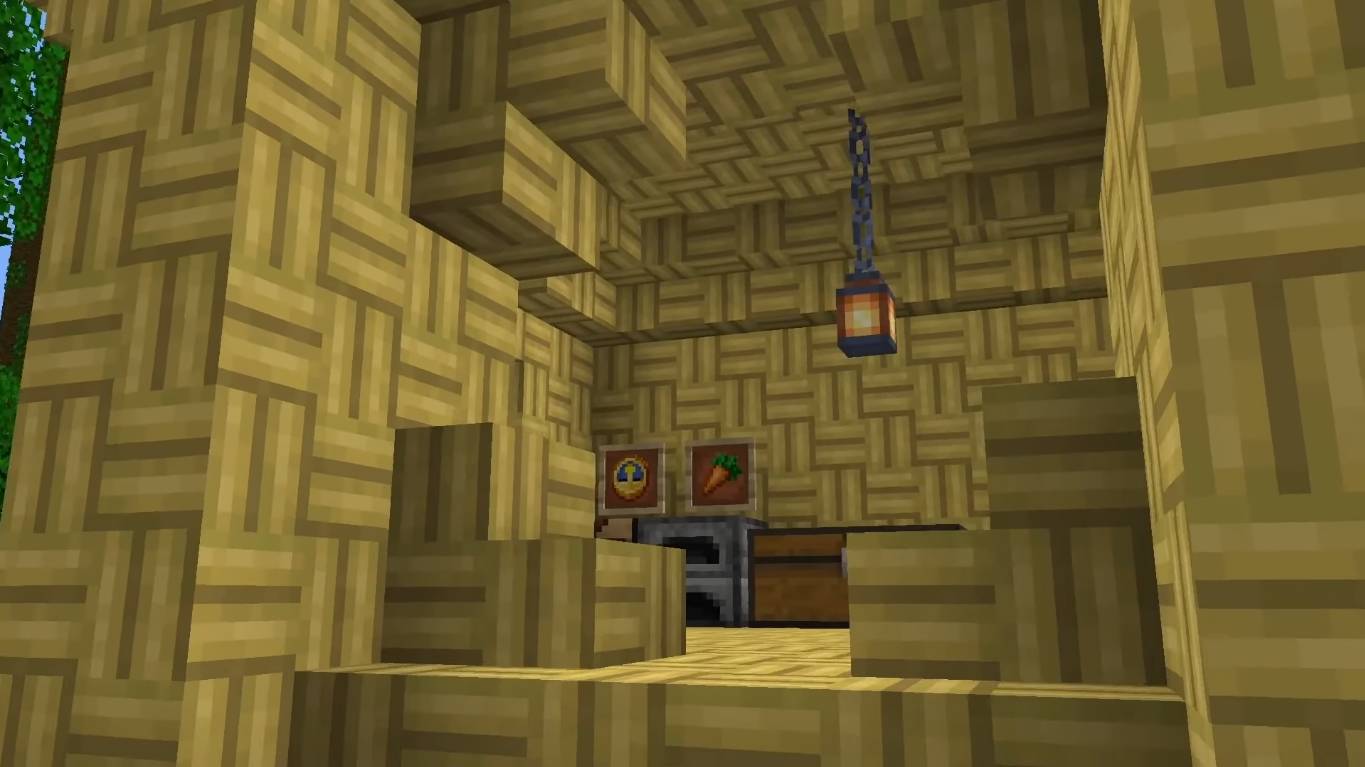 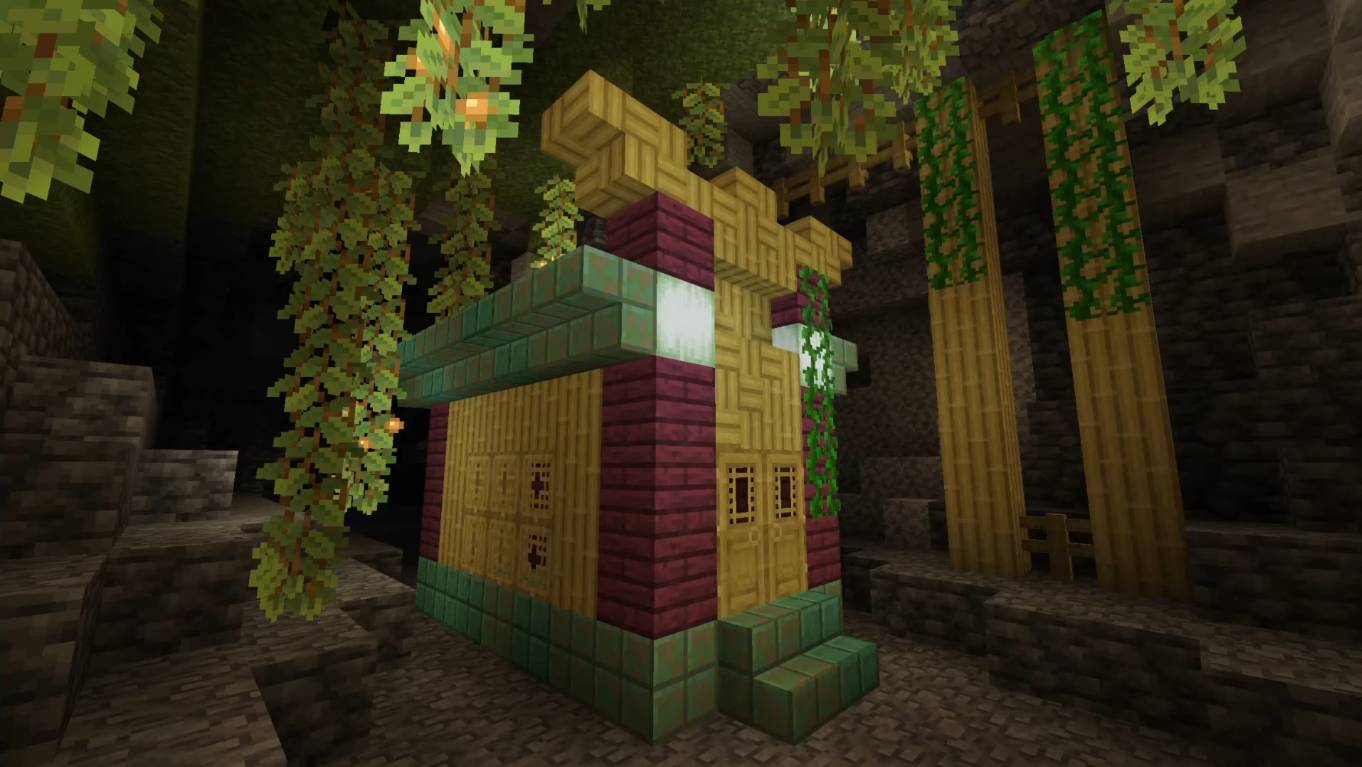 Also shown is a raft that will function identically to a boat, but will only be able to be built from new wood and will have a unique design. 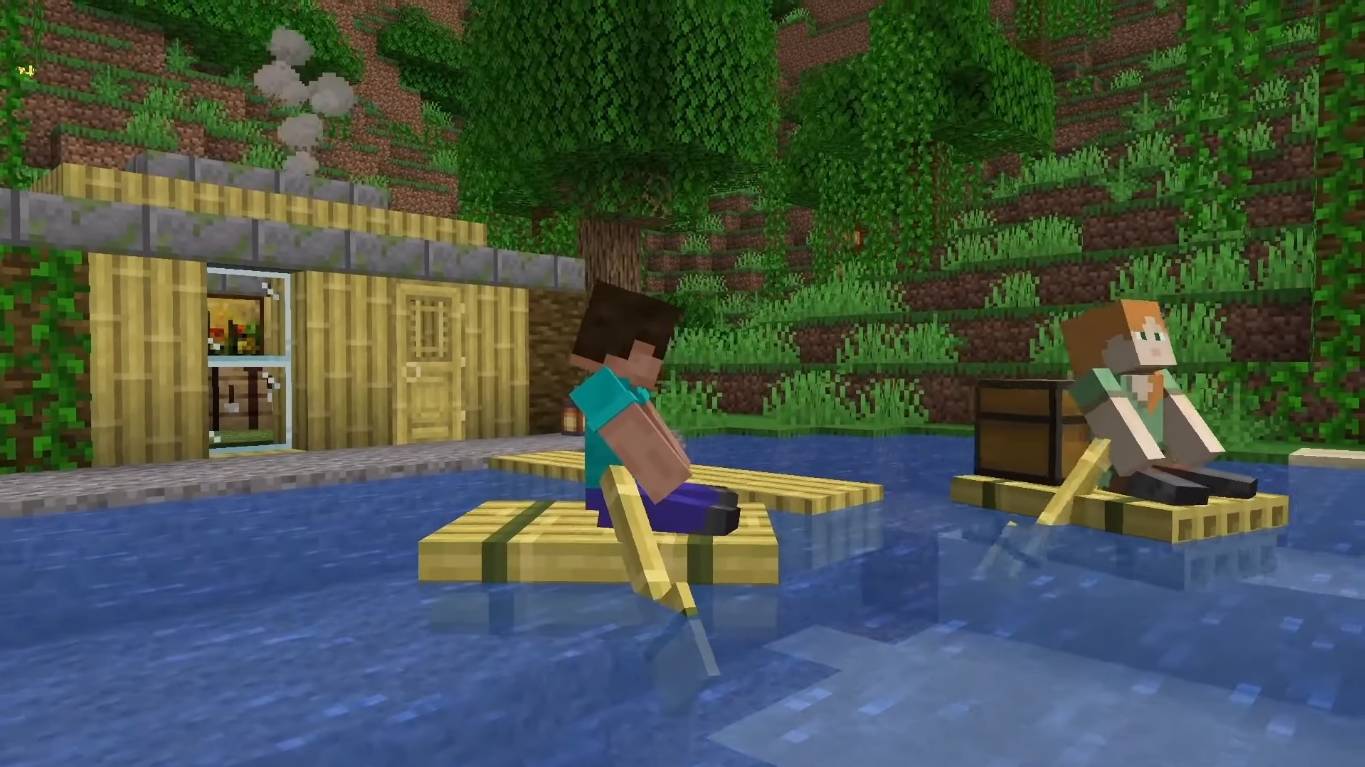 Minecraft players will get a unique bookshelf that will actually hold books. It seems that it will be possible to put both enchanted books and those written by the player on it.

The shelf itself looks sensational not only from the front, but also from the side or top, which makes it a great building material. Players will be able to use it not only when they want to build a bookcase, but also in situations where they need a unique wood texture.

Players will also be able to use Redstone to find out which book was the last to be taken off the shelf.

In addition to the announced news, it is also known that snapshots should start appearing as early as this week. One of the news items so far omitted from this article will also be Sniffer, the mob that managed to win this year’s Mob Vote.