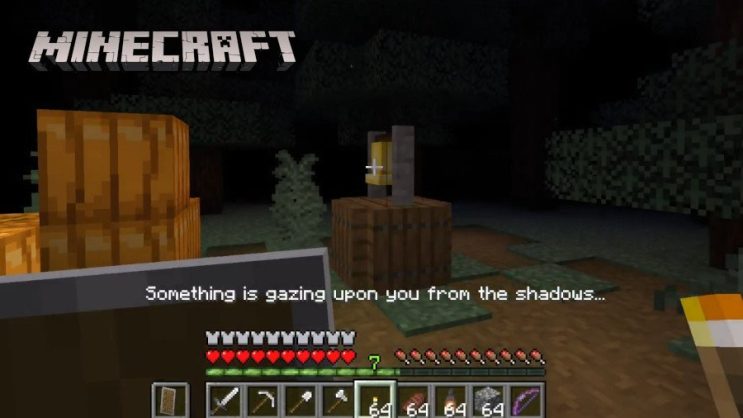 The new mobs that made Minecraft scary.

Players may have heard about Minecraft for the first time a really long time ago. Although the game was initially able to scare, at this point it is rather difficult to say that Minecraft is scary. It can be quite different when we look at the modifications, packs or even other materials that are published online.

The community of Mojang’s game is really numerous and has a huge modder scene. All sorts of clips regularly appear on the web, showing gameplay from Minecraft that can scare you. What did one fan manage to create this time?

READ MORE
Minecraft players have spotted a new version of the mob on the official trailer. Will it be added?

A new type of mob in Minecraft

A user with the nickname alderski has shared clips showing a new creature that can only be hurt by light. The additional effects and the way the mob attacks make Minecraft really scary.

The author of the post writes that everything you can see in the clip above is available without installing any modifications. At the moment the data pack is not completed, but alderski plans to release it.

Another trailer has appeared, which this time shows the boss. The atmosphere is even more tense. All thanks to another mob, which this time is able to destroy light sources to allow others to attack.

I think having two types makes much sense. Guardians and Elder Guardians can be considered as an example. “Red” is supposed to give the impression of being just as scary as Warden.

I want them to be more versatile and give them the same abilities, instead of creating specialized variants.

In addition, they have a few more minor abilities that were not shown in the videos.

The author will most likely add even more new mobs to the pack, and the final result will make Minecraft not only a scary, but also a definitely more difficult game. Such a version of the game will certainly appeal to some players. The user wrote that he will share the datapack with those interested when he completes it.