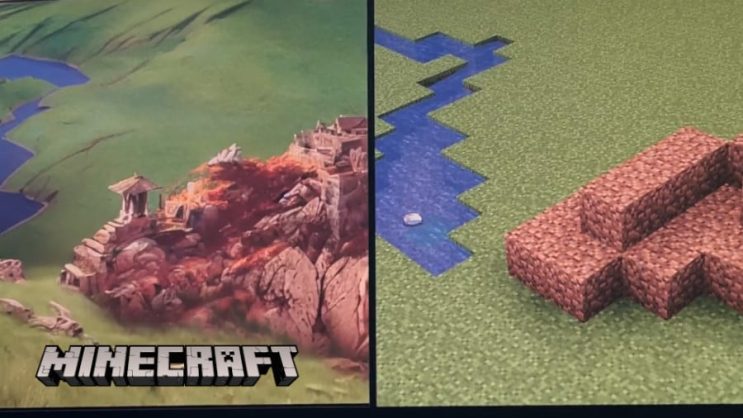 What do the generated graphics, based on buildings in Minecraft, look like?

Relatively recently, the generation of graphics based on typed text has gained significantly in popularity. Among others, League of Legends players joined the fun, for example, trying to recreate the heroes of their favorite game, using only their description, which is in the client.

READ MORE
A student used Minecraft to make this presentation. The perfect way to get a good grade

However, there was not as much buzz about this topic in the Minecraft community as in many others. One player decided to approach the creation of graphics that are generated live from a building created in a cubic world. The result is truly impressive and many fans are impressed by what the tool is capable of.

It must be admitted that the resulting effect is incredibly interesting, and Minecraft players commenting on the video write that the possibilities are a whole lot. This is confirmed by the author, who encountered a huge number of them during testing and it was difficult to narrow them down to one video.

DiffusionCraft AI is an experiment in which I combined Minecraft with Live Stable Diffusion.

Currently it runs at about 3-4 seconds per frame on 3080, but with improved hardware this number can reach real time.

The author writes that this is currently possible with a collection of scripts, which he will try to combine into one package that will be simpler to use. There is a chance that he will then share it with the Minecraft community, so that individual players can experiment with the generator themselves.