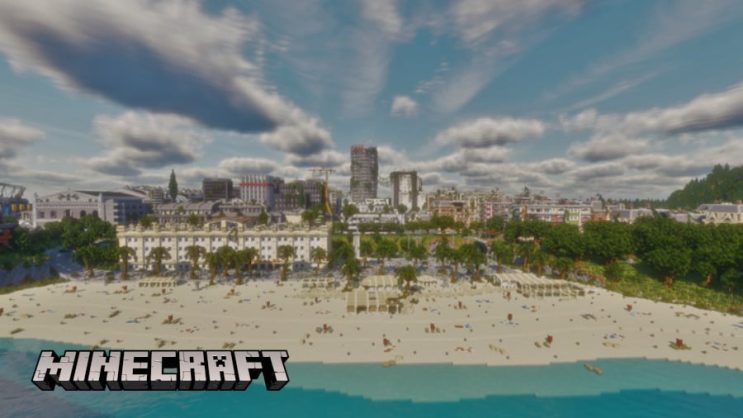 An abandoned city great as a base for a game mode with zombies. What does its author write about his project?

Minecraft is a game that practically everyone has heard of. The cubic world is associated even by those who do not play on the computer and all thanks to the numerous gadgets that can be found in ordinary stores. The game is already relatively old and has a huge number of devoted fans, who, thanks to the fact that the developers keep releasing updates, continue to play Mojang’s production.

The gameplay allows practically anything, and the only thing that limits the player is his imagination. For this reason, the Minecraft community will find many builders who take on new challenges.

It is not uncommon for published projects to arouse admiration among other players, and this time was no different. The abandoned city published by one of the players very quickly gathered a lot of praise. After seeing the video, which shows it from a bird’s eye view, it’s hard to be surprised.

A user with the nickname Minefino has published a video that shows an abandoned city from above. The clip lasts two minutes, which only proves how big the whole project is.

There was a fair amount of praise for the project under the post, and quite a few commenters admitted that they would like to be able to explore the city in the game. However, the author reported that it is not being made available anywhere, and will likely be used as a zombie apocalypse-themed roleplay server world once completed.

There were also answers about how many people worked on the entire city, and he reported that most of the buildings are also decorated inside, and eventually each will be accessible.

We used to be a proper team but for the past 3+ years it was pretty much just me and 2 other people working on it, in total I have likely spent upwards of 2-3k hours on this

There was also no shortage of commentary alluding to the once really popular Hunger Games-like gameplay modes. Players would find themselves on a map searching for weapons and resources necessary to defeat others, in order to be the only one alive at the very end. All this took place before the Battle Royale genre became popular, which took over the concept.