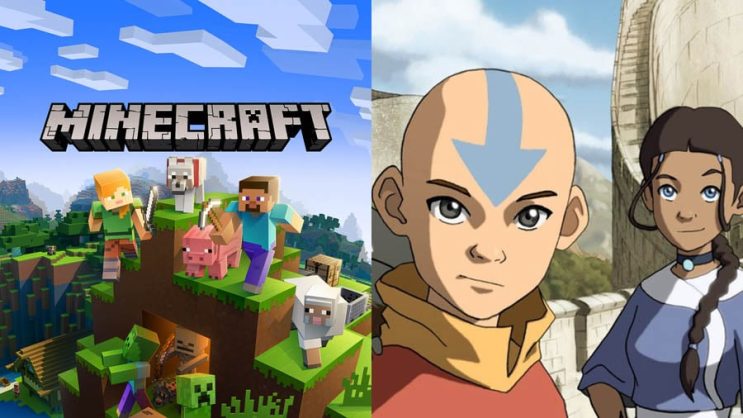 It would be nice if Mojang decided to collaborate on a Java version, but that’s apparently out of the question for now.

Mojang, and by extension Microsoft, has an amazing opportunity when it comes to collaborations. It is puzzling that there is a trend in the market for cross-over of different productions, brands, and titles, and Minecraft remains untouched.

Well, almost, for there are places where Minecraft too gets its collaborations. This time the official announcement of Minecraft x Avatar.

READ MORE
A Minecraft video that crashes Discord. Don’t watch it or you’ll experience such a surprise

This collaboration is for Marketplace, it was officially announced on Minecraft’s social profiles. It will be introduced to the game on December 6. 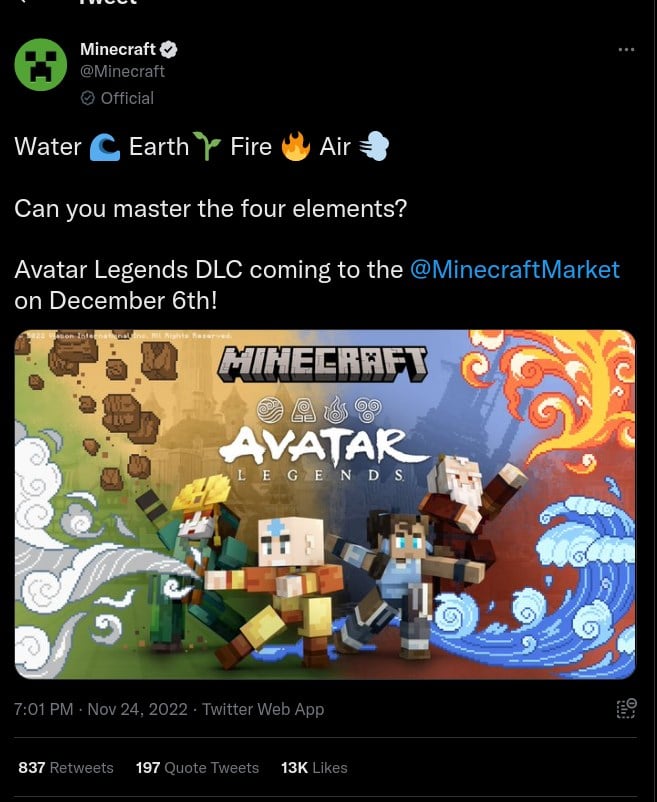 Sounds great, it would certainly get more publicity if it was about Java, but well, you can’t have everything unfortunately.