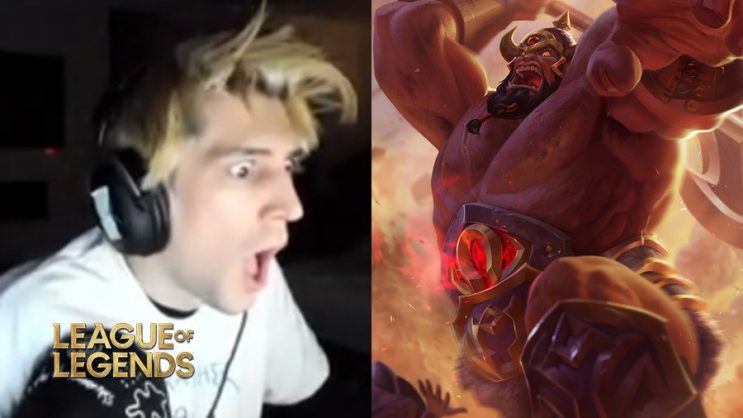 xQc faced an enemy that surprised him a lot.

xQc needs no introduction. He is known all over the world, and his streams are watched by an average of about 80,000 people. This can be considered a huge success that places him at the very top of the platform.

Recently, he likes to play League of Legends and is doing really well, although sometimes a lot of interesting builds are still a secret to him, such as the full AD Sion. Felix’s reaction goes viral on the internet.

READ MORE
The streamer hit her knee. But it’s Russian Twitch, so it couldn’t have ended normally

League of Legends players are really creative and have surprised the community more than once with their amazing builds, runes, and playstyle. One of them is Sion, but not in the form of a tank, but in the form of a powerful assassin that literally dives into the enemy and takes him out.

Quite recently, on one of his recent streams, xQc learned about this power.

As we can see, his expression says everything he thinks about this situation, which he certainly did not expect. Sion was 481 AD at the time, which would allow him to deal more than 1,300 damage from his ultimate alone.

Ultimately, however, he lost the game, and xQc, despite these small adversities, destroyed the opposing team’s Nexus.