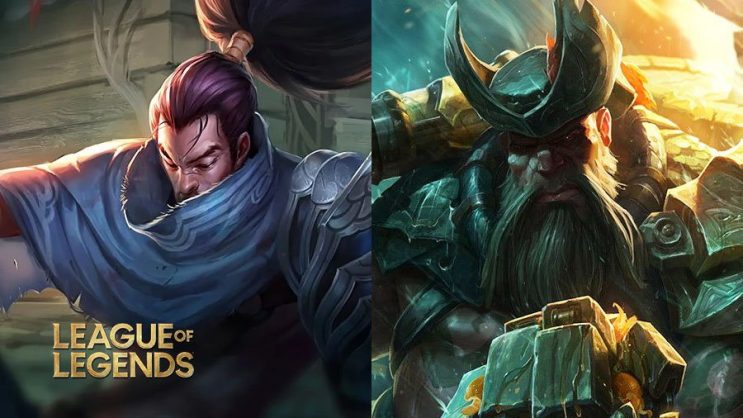 Unique League of Legends characters that must be either too weak or too strong. Why?

The Riot balancing team that works on League of Legends is one of the most important for the entire game. LoL regularly receives updates with numerous fixes, usually strengthening or weakening heroes who are out of the norm. However, the win rate is not everything that the creators are guided by.

There was a post on the web about Gangplank. One of the LoL fans has decided to explain at length why the mentioned hero is far too strong in his opinion, and the win rate does not reflect the actual potential of the champion. Rioter made a comment in the thread and referred to the author’s insights, explaining why it has to be this way.

READ MORE
Riot on LoL patch 12.10 and its fixes. What and why did the creators change?

Why is Gangplank stronger?

League of Legends is a massive game featuring a lot of champions. In addition, new characters are introduced regularly, and their growing number makes balancing more difficult. However, this is not the reason why individual champions are treated differently. After all, not all of them are to be equally strong.

Each champion has their own unique set of skills, which translates into not only varied gameplay but also the level of difficulty that makes mastering each character’s skillset different. For this reason, more complex champions with the same strength as slightly simpler characters will win fewer games. Riot tries to remedy this by balancing the characters in such a way that the difficulty is compensated by more power.

Playing against Gangplank can be extremely irritating. Many players may wonder why the champion can do so much damage, and why Riot hasn’t decided to reduce it. Despite such big damage, the champion in the Platinum + divisions does not even win 50% of games. Phreak has shed some light on what the work on future updates will look like for some champions. To a comment from one user who discussed the fact that the vast majority of players do not know how certain heroes should be built – including Gangplank and Ezreal – Rioter replied as follows:

I’ll say in general I’m a fan of Riot balancing the game “as is.” Certainly they could have picked better wording, e.g. “Players are struggling on Gangplank” as opposed to “Gangplank is struggling,” if that’s even the verbiage used.

But anyway my point is that the results from last patch’s games are what actually happened. People probably made misplays in every single game but at the end of the day, theoretical balance isn’t nearly as important as balancing the game people are playing. This means Yasuo and Riven have lower levels of “theoretical balance” due to champion mastery and Gangplank is theoretically too strong and should be nerfed once players figure out builds.

And yeah that can feel weird. But I think a) lets players feel smart and get an edge for figuring out builds first, and b) most players don’t do a ton of innovation and that’s fine but they should be able to be reasonably successful by just following along.

Riot realizes that Gangplank’s skill set may be too strong, however, this is a compensation for the champion being just plain hard to play. This is shown by the overall statistics of Summoner’s Rift games, which show that the champion wins only 49.28% of games, is chosen in almost 10% of games, and the ban rate is as high as 19.60%.

Riot certainly has a constant eye on these types of characters and is ready to react when players notice what the champion’s build should look like, making its players win many more games as a result.