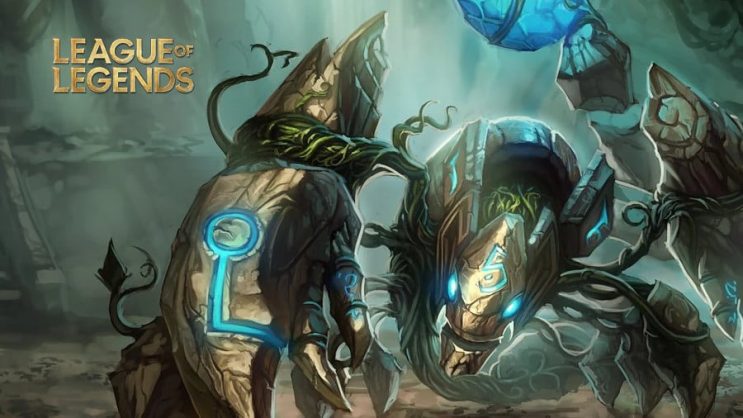 New information on the update of Skarner – the next-in-line champion for the VGU revamp.

Skarner is the next hero to receive a complete VGU update. This includes both the champion’s appearance and his skill set. Although it was possible to learn about Skarner’s selection as early as February last year, fans have received relatively little information so far.

We’re mainly talking about concept sketches or a leak of an ultimate-skill that was at one point tested by the developers (LoL leaks reveal what Skarner’s ult will look like after the rework).

Skarner and his update

Before the season began, the creators shared another batch of concept graphics and announced that the character continues to be in the early stages of production. Much more could be learned from one of the Rioters – Riot Lexical. She wrote that work on Udyr, which consumed more time than originally expected, forced the team to postpone Skarner’s update.

Work on the champion in question was started in August, but due to the understaffing of the team and the fact that Skarner is also a complex champion, and its theme was to be completely changed to something more interesting, the rework stage is not yet something that could be shown to players.

Due to the large scope of Udyr, VGUs have been pushed back. Udyr released back in August and that’s when started to work on Skarner. Unfortunately, when the polls ended last year was during a time when we were very short on several disciplines(new designers onboarding, animation team was rebuilding, audio and narrative was stretched thin).

Skarner is quite a complex champion to update due to just how many champions hextech and the brackern touches (Camile, Seraphine). Moreover, there was just so much that wasn’t working for Skarner. He is the bottom of thematic enjoyment out of all champions, thus it is time to do something completely different so we can uplift Skarner to the arthropod that someone can love.

We have seen many ideas, kits and narrative proposals and we believe we have landed on one that is exciting! It will still take some time for us to flesh out the newest direction and take Skarner to completion. I will not spoil too much now, since we will be keeping everyone up to date on a dev blog, but Skarner will be in a different region than he was previously. Also remember, that Lol Pls was filmed in early November 😛 Since then there have been movement on parts of Skarner (Kit direction!) but unfortunately we also lost our Narrative SME.

Our Narrative lead is now onboarded and coming to the rescue to help untangle multitude of webs that makes our current crystal scorpion and our future brand new (and improved imo) Skarner!

The designer shared some really important news regarding the hero’s theme. He will be from a different region, so he will leave Shurima. Perhaps the creators will change his lore and match him with Mount Targon, and the champion will become one of the aspects. He could also be a small yordle-scorpion or a character from the Void, which is unlikely, however, as he could too closely resemble another heroine from that place.