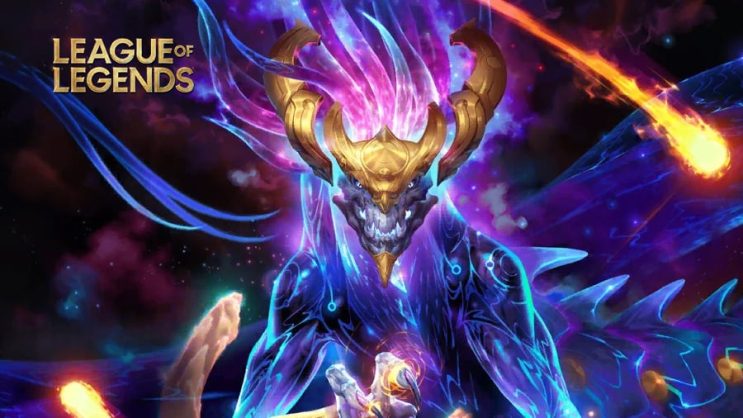 What does one designer write about Aurelion Sol’s changes? When can we expect the release of his update?

Aurelion Sol is a hero whose concept delighted players from the very beginning. Many fans wanted to be able to control a dragon in League of Legends, but Ao Shin, who later became Aurelion Sol, was abandoned in the early stages of production. The concept was returned to later, creating the champion that players know today. However, his skill set was peculiar from the beginning and the enthusiasm of players interested in the hero subsided.

Riot tried to make adjustments to the skillset that would make it more accessible, but not much changed in this regard – Aurelion Sol continued to remain a niche pick, and the developers decided that it would be necessary to revamp all skills. Aurelion is the first hero who will retain his appearance during his revamp but will receive completely new animations and a set of skills (A detailed description of Aurelion Sol’s changes from LoL. All the information about his skills).

What’s next for Aurelion’s changes?

One of the Rioters – Riot KingCobra – wrote about the changes of the champion in question. He reported that the team is working on videos showing Aurelion Sol’s skins and gameplay to share with players. Due to the delay in Aurelion Sol’s appearance on PBE, the videos will be used to gather first feedback on the hero’s update.

Hi all! Due to the tech issues we’ve been facing Aurelion Sol’s gameplay update PBE debut will be delayed. Going to work with devs to try and get videos of his skins and maybe some gameplay clips up tomorrow for initial feedback. Although the champion was not expected to change significantly from a visual standpoint, the new set of skills certainly forced the developers to tailor animations and individual skins to him. One such skill is certainly his new ultimate – The Skies Descend – which makes a huge star fall on Summoner’s Rift, and the shockwave generated by the fall deals damage over a sizable area, which at one point is able to cover the entire map.

It is not known when exactly the changes will appear on the test servers. One has to keep in mind that the recent attack on the studio took a toll on the planned updates, and most likely Aurelion Sol was also affected. The closest possible date for the release of the refreshed champion on the live servers is patch 13.3, which will be released on February 8. However, bearing in mind that quite a few new features from patch 13.2 will be pushed to it, a more likely date is February 23 and update 13.4.