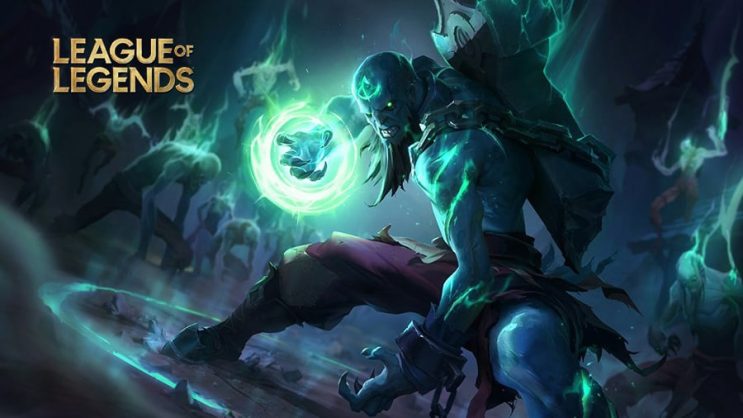 The bug, which has been in the game for more than a year, has caused Perkz and his team to be penalized.

Many players don’t realize that using Waterwalking on Ryze is forbidden in professional games. However, Riot had a very good reason for this, as the combination of the two allows for a very simple game-breaker.

It can provide an advantage – especially in the earlier stages of the game. It was possible to find out about the bug as early as a year ago, Riot, however, did not eliminate it, and now it is affecting professional players.

Perkz’s troubles because of a banned rune

The bug has already been described in the past by one of the YouTubers – Ryscu (A useful trick for Ryze from League of Legends. The hero is able to restore his mana thanks to the river). It relies on the fact that the hero, going up and down the river, can regenerate his mana. Ryze increases this resource by 10% for every 100 AP. Waterwalking, on the other hand, provides the power of the skill when the champion stands on the river.

These aren’t large amounts, but moving along the river’s edge keeps the champion constantly regaining the mana needed to cast spells, which in the case of Ryze, it is really important.

In order to make sure that no team on the e-sports scene benefits from the mistake, Riot banned the use of waterwalking on Ryze, but in one of the recent LEC games Perkz chose the banned rune while playing with the aforementioned hero. A Riot employee, who is responsible for the League of Legends e-sports scene, among other things, spoke out on the subject. 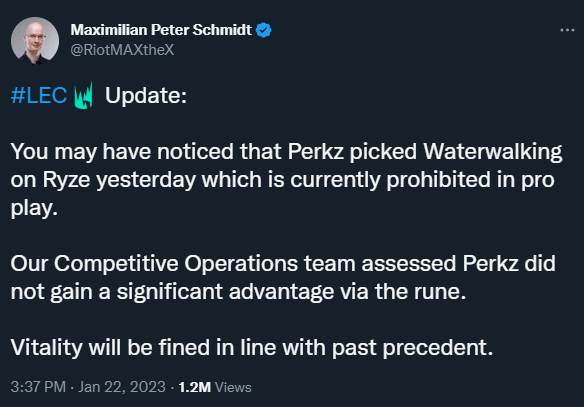 He reported that the team analyzed the game and concluded that the professional player did not use the rune to draw a significant advantage from it. Nevertheless, the Vitality team, in which Perkz plays, will be penalized.

The players, in response to Rioter’s post, felt that punishing a player and his team for not thinking when choosing runes that one of them might be excluded by the game’s developers due to a bug, is simply weak. The employee admitted that there is no way to block a particular rune, and the fact that the bug has been known for more than a year does not help defend the developers from criticism.

Perhaps the situation will prompt the designers to look at the bug and eliminate it before any professional player again forgets himself and chooses a forbidden rune.