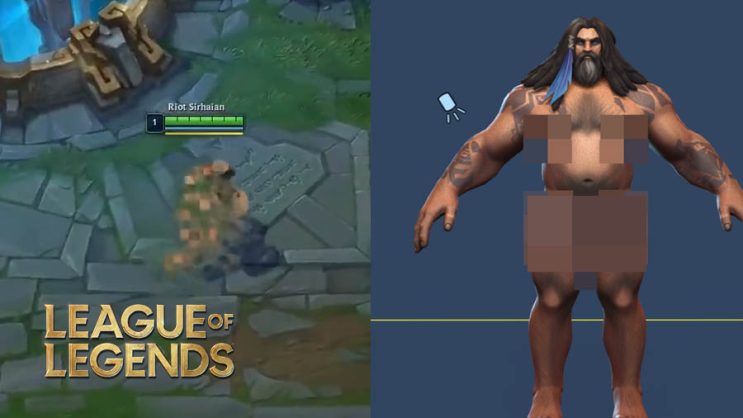 It’s unclear exactly what happened here, but you’d expect it to be quite out of the ordinary.

Not everyone may realize it yet, but well-known American rapper Lil Nas X has become the “boss” of League of Legends. He has already made himself comfortable in his own office and ordered the release of a new skin.

This is how Nudyr, or Udyr, but without clothes, was created. What’s funnier is that Riot picked up the idea, and people themselves don’t know whether to take it seriously or not. In addition, a piece of the Worlds 2022 anthem, STAR WALKIN, can already be heard in the 3-minute clip released for the occasion.

READ MORE
This character in LoL has been strong for 5 updates and Riot doesn’t even think to nerf it. It is becoming a problem

Lil Nas X is currently one of the most recognizable music artists. Now he has taken up a partnership with Riot Games and has become the “boss” of League of Legends. He is responsible, among other things, for the new prestige skin for K’Sante and the 2022 World Championship.

That’s not all, of course. Now he has decided to fulfill the strange whim of Udyr fans and announced a new skin for this character. It is nothing outstanding with amazing skill animations. He simply stripped him of his clothes so that players can peek at his “gut”. 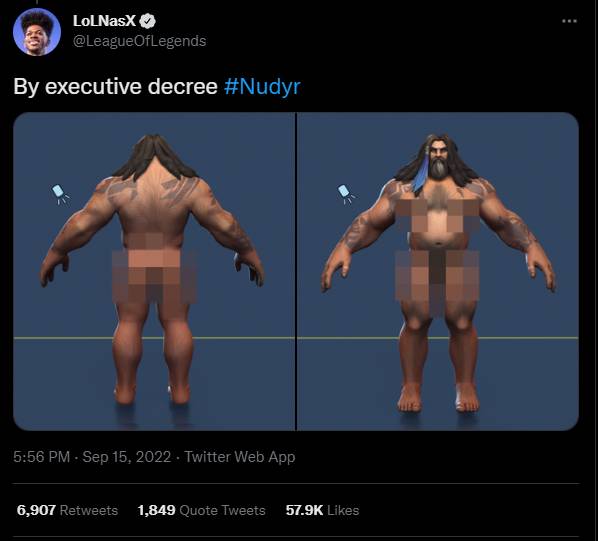 And normally one would think that this is just a meme, a joke. On the other hand, official concepts created by Riot have appeared online. Of course, this is a pick-up of the theme and nothing more – such a skin would really be incredibly difficult to “balance” in terms of visibility.

On the rapper’s official profile also appeared a video of the whole incident, preparing him a booth and setting the employees for him. Of course, this is satire and should not be taken seriously. He did not take over Riot and did not force the reds to use their old phones. However, you can listen to part of the new Worlds 2022 anthem.

On the other hand, as for the Udyr skin, there is unlikely to be a chance for it either. The developers wouldn’t choose to introduce it and it can be taken as a joke. Although, who knows, perhaps it would become a sales hit.