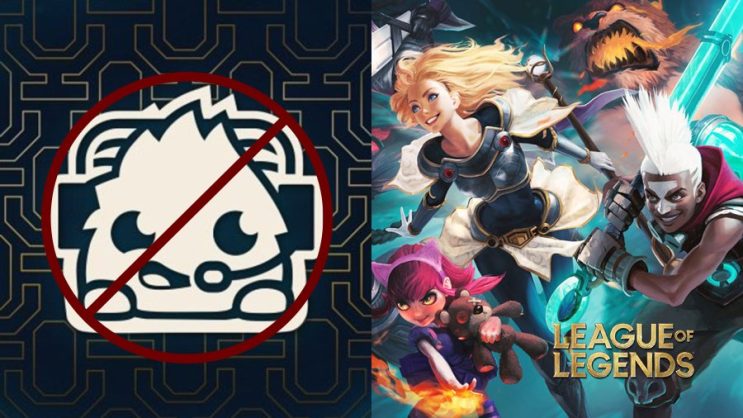 A new way to fight toxicity in LoL? Anyone can disable chat for other players.

Probably everyone knows that League of Legends is not a bug-free production. This time, players discovered a new bug that allows all quarrels to be resolved by disabling chat for every player.

It is worth remembering, however, that this is a prohibited practice, and its use may even result in permanent account blockage. Therefore, it is better not to use it during normal matches.

READ MORE
A mechanic in LoL that was disabled more than 10 years ago, but has not yet been removed. Will it come back?

For several hours on Twitter, the LoL community has been massively tagging the official RiotSupport profile and reporting a rather unusual error. It turns out that you only need to type three characters while playing to disconnect everyone from chat. This applies to both cross-team, global and private messages. It’s just that nobody can send anything.

You don’t need any complicated tricks to do this. It is enough to enter one three-character phrase “%i:”. However, to re-enable the chat, you only need to send the “%” sign. 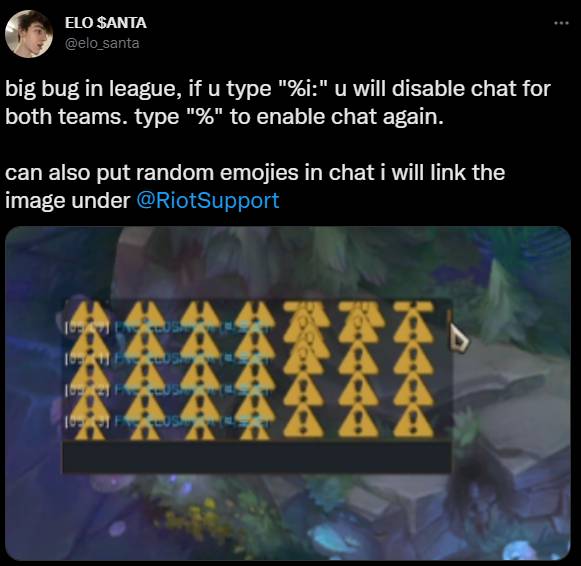 Additionally, anyone can send many different emojis in chat, and the list includes over 100 of them:

That’s not all. If someone types “%” to fix the chat, they may have a little problem. Another player is able to impersonate him and write whatever he wants, and the text will be visible as if it was sent by the one that tries to repair the problem.

Some people believe that this error is not bad at all and may even help. It is just a question of global chat disabling. According to commenters, it would help solve many quarrels and toxicity issues. Instead of muting ill-spirited allies, just turn off chat for everyone.

Once again, however, we remind you that this is prohibited and should not be used in matches with other people. Exploiting bugs is prohibited by Riot and may result in a permanent account ban. However, testing it in a private bot game or a training tool should not result in any consequences.

At the moment, it is not known how long it will last. This is a serious matter with growing popularity that the developers will probably fix within a few days.