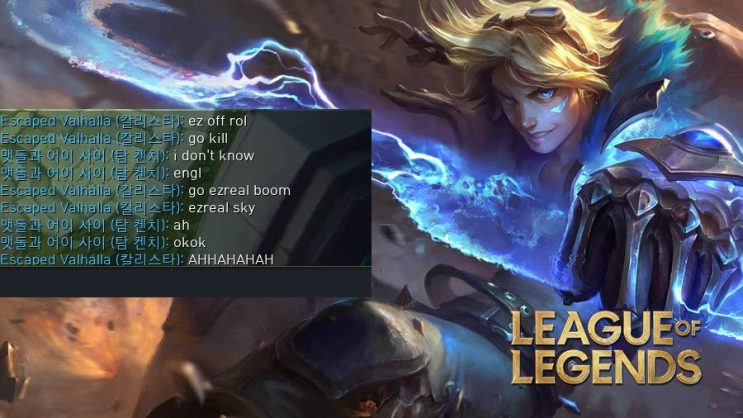 How to get along with people who hardly speak English at all? There is a language that is understandable even on the Korean server.

Korea is by far one of the most toxic, and perhaps the worst in this respect, server in LoL. It is very easy to offend someone there, it is very easy to lead the team to resignation, it is full of insults and name-calling.

But it does come in handy sometimes. This was proven by the example of a player known as “Cookie”, who in SoloQ wanted to inform his team to focus forces on Ezreal. The problem, however, was the language barrier.

The international language of toxicity

“Cookie” was playing on a Korean server and he wanted to tell his teammates to focus on Ezreal. So he wrote a simple command that unfortunately the Korean players did not understand.

His companion wrote back that he didn’t know English and that would normally be the end of it. The streamer started to think about how to get it across with the help of a chat.

Korea has very specific insults. Most often they use very simple “substitutes”. The chat suggested the easiest way would be to write:

And it actually worked. The Korean player wrote back “ah” and added “okok”. Why and what does this mean?

And it is a very strong insult.

Sometimes even the dumbest things can come in handy. If you ever visit a Korean server, it is worth remembering.