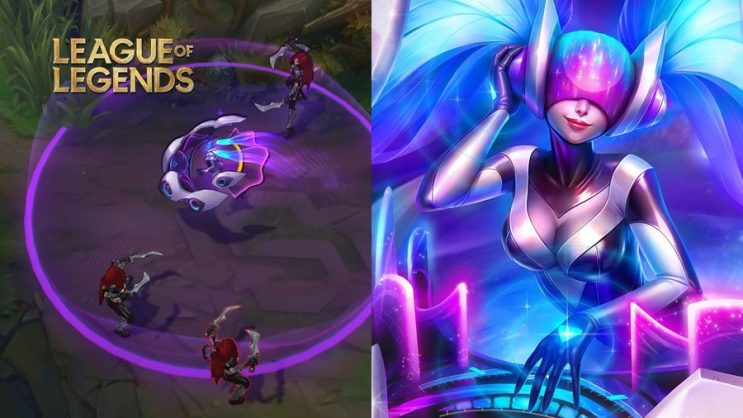 Sony fans have noticed that her super skin has been weakened. What is it actually about?

Earlier this year (January 8) it was announced that Sona would receive an update on her skills. VFX is a hero refresh that largely focuses on improving the readability of skills, unifying the effects between skins, and introducing minor tweaks to older skins. The assumptions are quite good – the developers explain that VFX is needed to make the game transparent and fair. Skills altered by skins must not blend in with the environment or be too badly scratched, as this means that their hitbox can be misread.

In the case of Sona, almost every skin has received some fixes (you can read about VFX details here: Sona from League of Legends will receive the VFX update. How does the refreshed heroine look like?). Unfortunately, the fans said that the refreshing did not do her any good, and even “nerfed” one of her skins. What is it about?

READ MORE
100% bans. You will be surprised which LoL characters the Korean PROs fear the most

It has been known for a long time that some skins from League of Legends are considered pay to win. Players claim that certain visual effects given by skins are not readable, distort hitboxes or have colors similar to the colors on the map, and thus – it is easy to miss the incoming missile.

There is also a second group of skins – pay to lose. In their case, the changed effects make the skills even more visible, have additional indicators, or are louder than usual. It is easy to guess that such skills are easier to avoid.

One player noted that Sona’s VFX made one of her skins “weakened”, which is pay to lose. Why?

It turns out that DJ Sona has had some significant improvements when it comes to the appearance of her skills. The creators decided that the previous effects were too blurry, so their new version will accurately mark the range of the aura created by the heroine.

The player posted screenshots from the VFX presentation on YouTube. The screenshot below shows how different the outline of individual auras is: 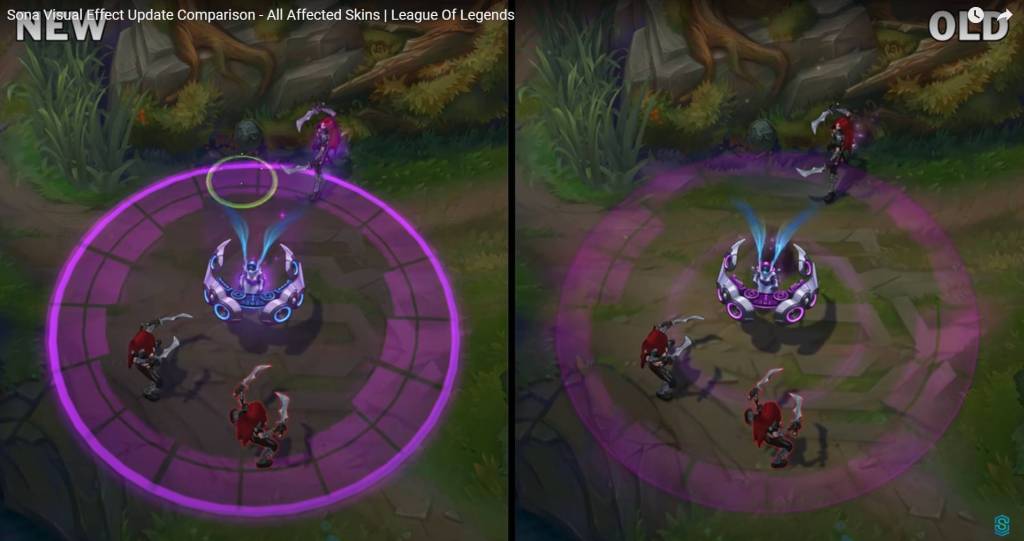 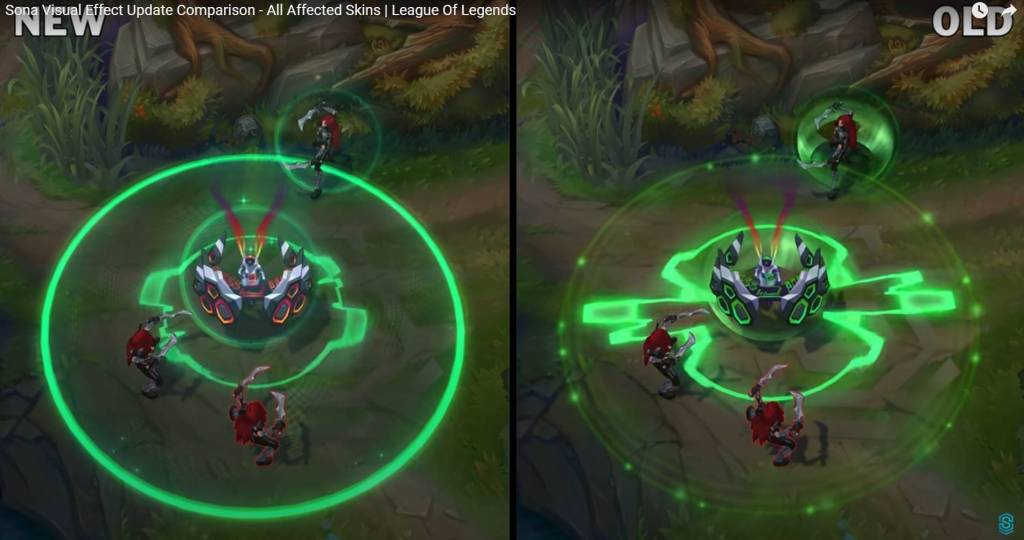 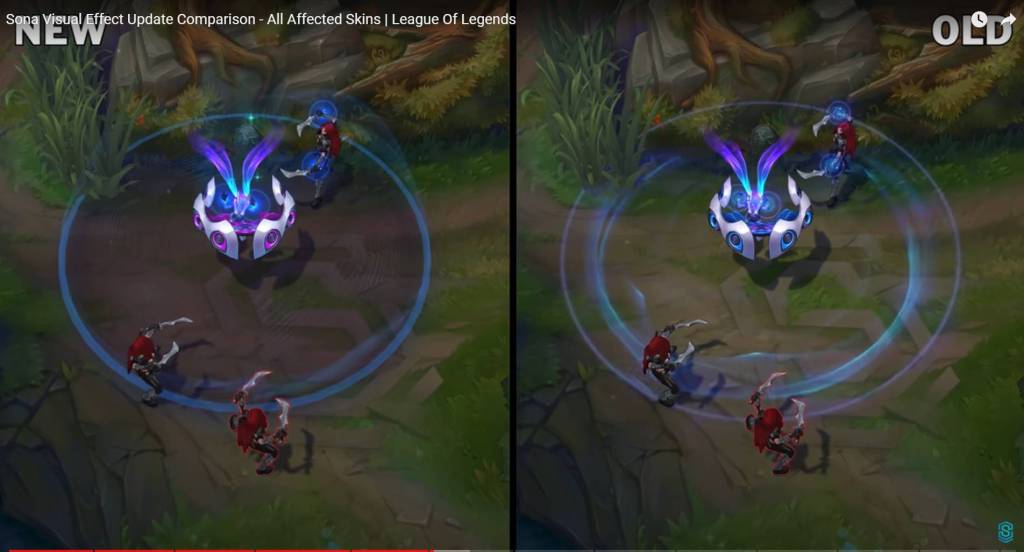 The author of the post also noted that the heroine’s weapon no longer changes color after using a skill. In the old version of the skin, the heroine’s console was highlighted in a different color for a moment (you can see it in the screenshots above). For some reason, Riot has withdrawn this addition.

In addition, the player stated that after using the update, the skin after using E – Song of Speed – loses quality, as if it was displaying in a lower resolution.

If that was not enough – according to fans, the new Sona and her allies’ buffing effects are much less visible. Below is an example of acceleration marking with E on the old and new versions of the skin: 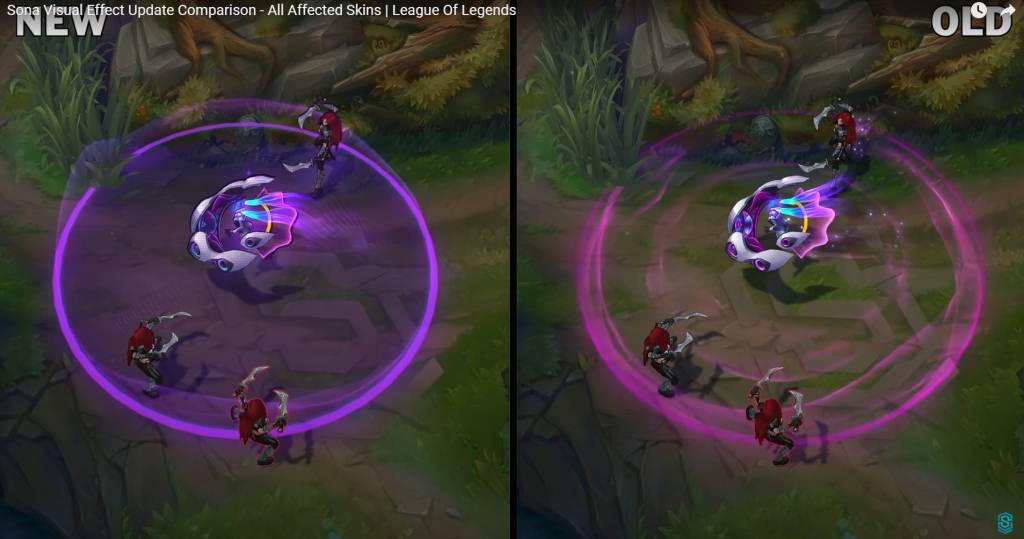 Many commenters have complained that Riot, instead of refreshing the skin to make it look more modern, has made it look even worse. And it is worth noting that this is a cosmetic additive worth 3250 RP.

Now besides ultimate promise not working we have bland and robbed VFX still for the cosmic price.

DJ Sona is a skin that was released on February 25, 2015, almost 7 years ago. According to many, she is still one of the coolest super skins, mostly because of the catchy music. Many fans have a huge fondness for it, so it’s no wonder that this update hurt the LoL community so much.