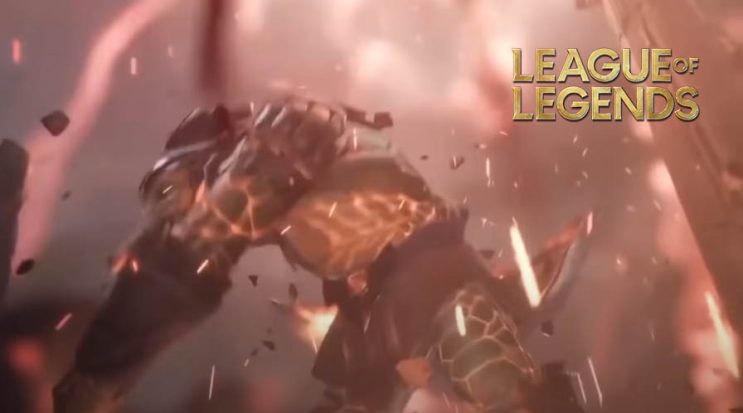 There was an unusual situation in the Korean league of LCK. One of the characters is banned in every single game and has never been selected.

Korea has always caused more and less controversy when it comes to LoL. After the first week of Korean LCK games, you can see two characters that are really inconvenient for Korean players for some reason.

The first in this case is Twisted Fate. He has 100% “presence”, meaning he was either banned or selected. He only managed to appear twice and won both times. TF is generally an interesting hero because he has 100% presence in such leagues as:

READ MORE
A change that frustrates LoL players. Which removed feature causes a lot of problems?

And who has not been selected even once because of the bans?

The character in question was banned in the LCK 33 times, never once did the players allow anyone to choose him. You may also wonder why as many as 30 bans were on the red side and only 3 on the blue side.

Renekton is not incredibly popular in Korea at all, in fact, the hero does not stand out at all when it comes to SoloQ and all regions. And yet PROs are able to make so much use of him that he may actually be nerfed. 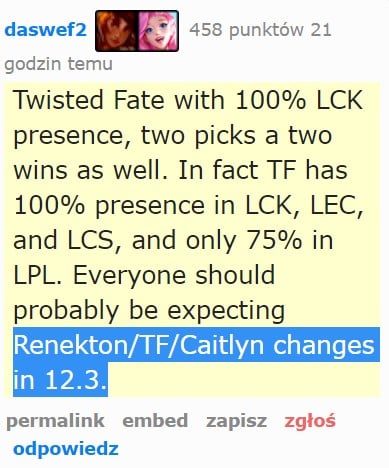 Of course, Renekton can also be joined by Twisted Fate, but also by Caitlyn. Now Riot has a hard nut to crack. They can nerf Renekton more and more, or change his mechanics altogether. Each of these options will face considerable criticism from players. 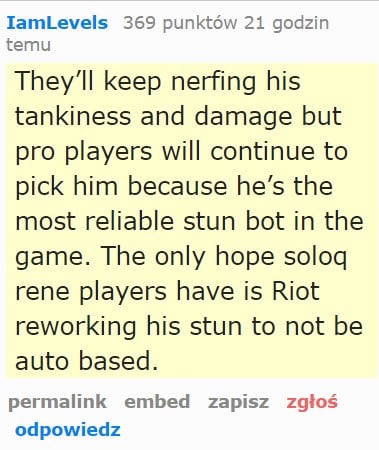 Mainly it’s about the stun, which is simply incredibly useful. Recall that the character was changed recently in 2021, so Riot may want to “adapt” him in the near future.