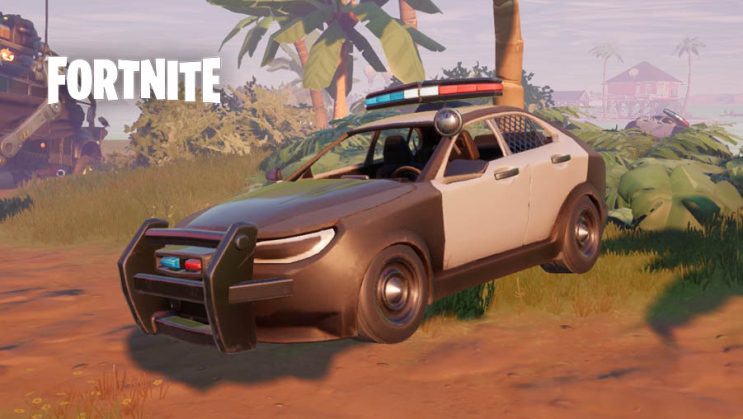 Everyone associates the circumstances under which the police disappeared from Fortnite. Now leakers are reporting that Epic has brought it back.

The police in Fortnite, or rather police cars, were removed 2 years ago, back in 2020, when very bad things were happening in the United States related to the death of George Floyd. Now it’s apparently time for things to return to normal.

Police cars are not yet in the game, at least at the time of writing the article, but they have already appeared in the files. And this, according to leakers, means that they will soon be restored to the game – as much for Battle Royale as for other modes.

It is not yet known under what circumstances police vehicles will be restored, if at all. There’s a good chance of that, as Epic probably wouldn’t reintroduce them into the files without reason. 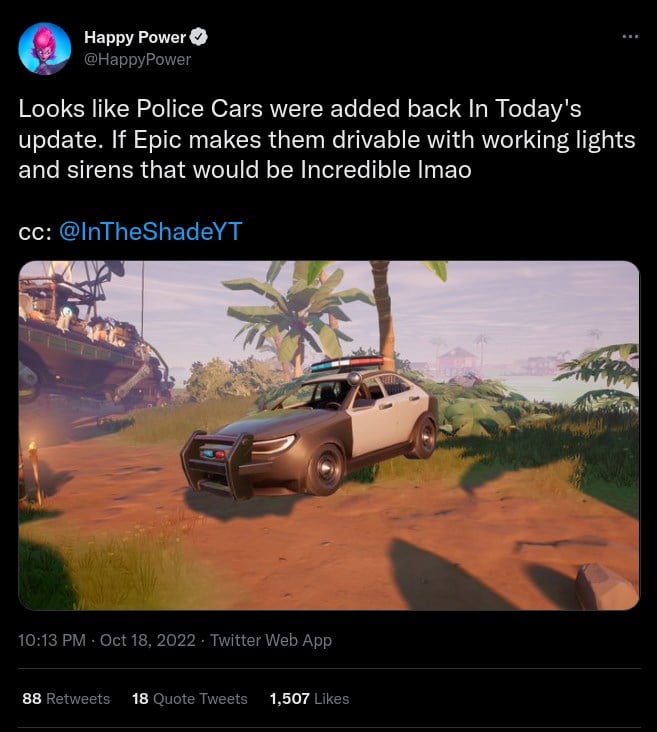 Youtubers theorize that it would be cool to see a fully functional police car – with a working siren, and lights, after all, since the removal of police cars, the mechanics of driving them were introduced.

This shows how Fortnite has changed in general over these 2 years. If police cars were added so completely anew today, they would probably have some special features and abilities.