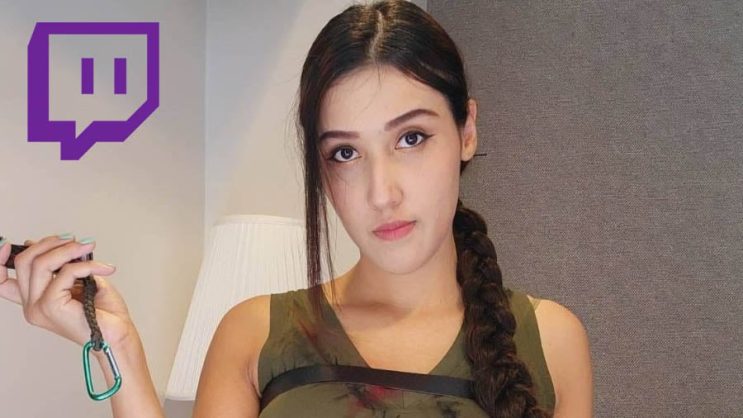 One Twitch streamer was banned for three days for showing her feet, which the platform deemed “offering too se**al content.”

Streamers really need to watch themselves lately. One of them was just banned for 3 days for spinning a wheel, specifically posting too sex*al positions. It included showing feet and squats.

The platform considered this a violation of the rules, and the streamer was suspended. The penalty is not a big one, as it is only 3 days, but it can still entertain. By the way, this is the same woman who some time ago ran away at the pool from a rather annoyed man.

READ MORE
An artificial intelligence got banned from Twitch. It said that women’s rights do not exist

Ban for feet on Twitch

The ban is for the wheel positions themselves, or at least that’s what it looks like. Is the ban right? Someone in moderation probably just had a worse moment and decided that the streamer deserved to be suspended. 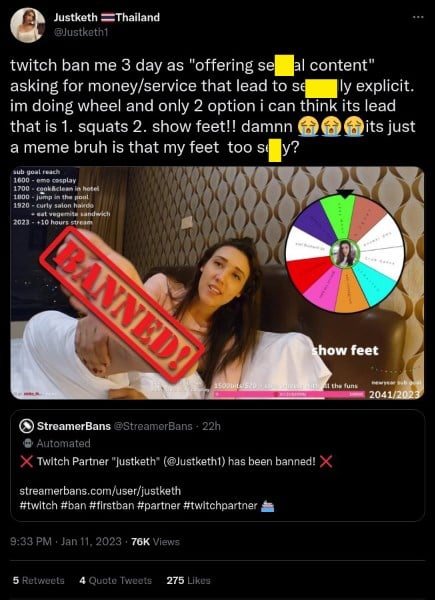 The streamer might as well have sex**lized it in some way, which unfortunately viewers won’t know about, as the VOD is naturally unavailable at this point. It is known that feet in general are viewed by many people in a very specific way, which was probably crucial here.