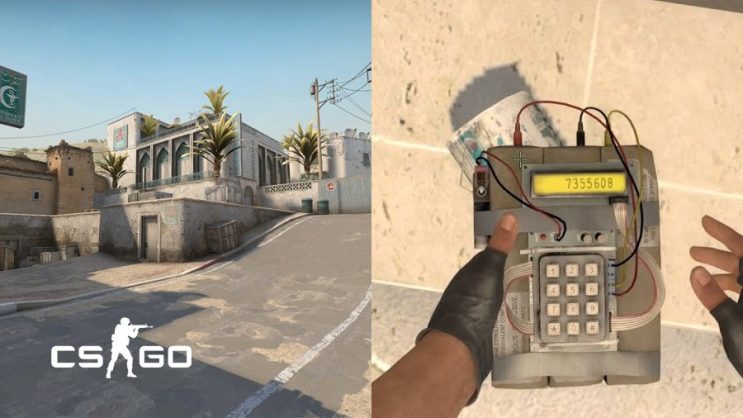 The most popular bombsites in terms of planting bombs in CS:GO.

Many Counter Strike: Global Offensive players have their favorite bombsite on given maps. This allows them to practice grenades, tricks, and hideouts almost to perfection and easily win the round.

However, how does this look in statistics? After analyzing 350,000 matches, one can come to some interesting conclusions.

READ MORE
CSGO vs Valorant. Who won the fight after 2 years? Surprising results in Twitch viewership

The most popular bombsites on maps

There are plenty of ranked maps in the now legendary FPS game from Valve, where the main task of players is to defend and defuse or plant a bomb. Practically everyone has his favorite point, which he defends much easier. How does this look in statistics? They were published by a redditor with the nickname scopegg – they analyzed as many as 350 thousand matches. So it can be said that they are authoritative. 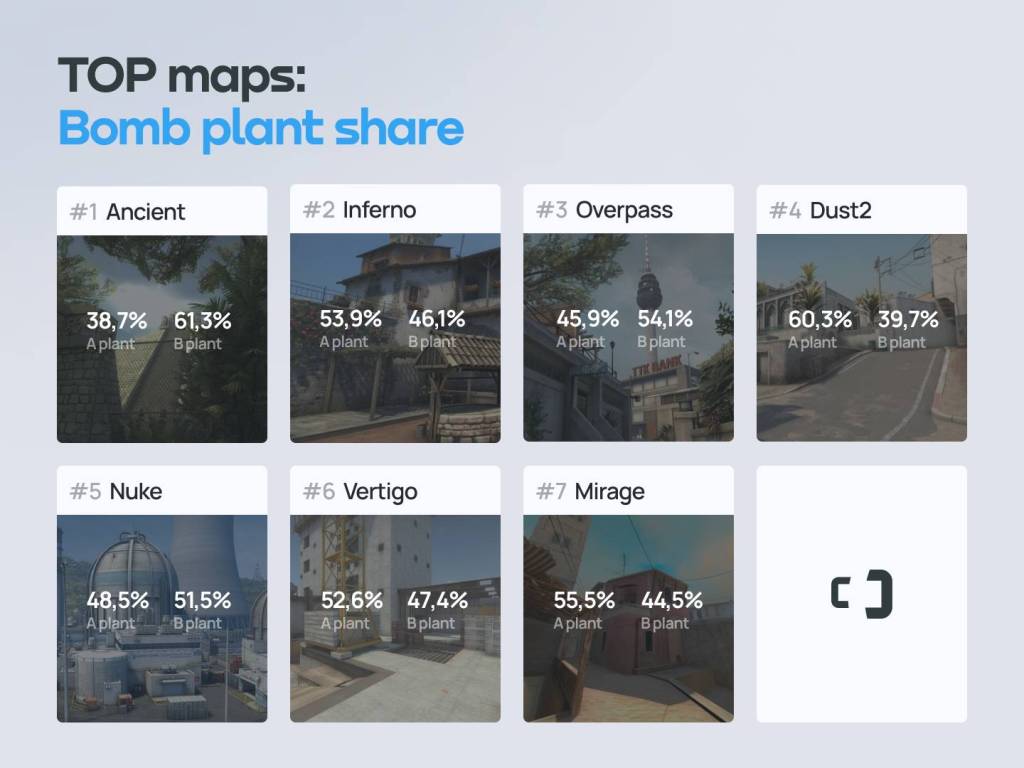 Ancient and Dust2 are interesting here. On the former map, most often TTs choose to plant the bomb on B, while in the sand city it is already A. Bombsite in other locations is more random and oscillates around 50%.

Although the statistics seem like a curiosity and not practical knowledge, analysts can use them. For example, by setting up more defenders at these more vulnerable points.