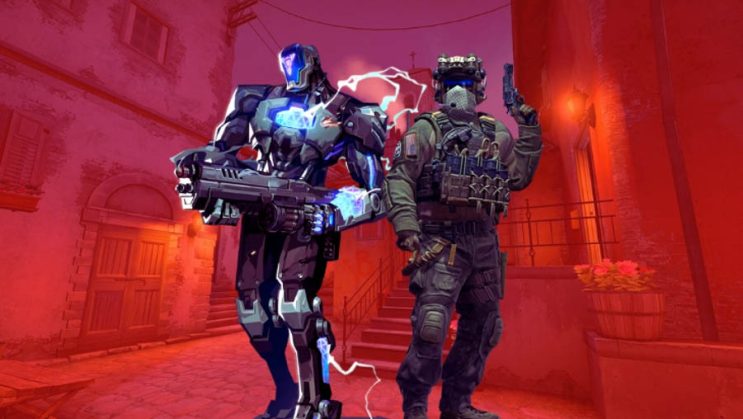 Many rumored that Valorant would be gone after a few weeks, while others pointed out that the end of CS:GO was coming. And what did it turn out to be?

Valorant was released in June 2020. Since then, there has been a lot of discussion regarding what is next for CS:GO, how Valve will behave and what will change in terms of online games on the market. Well, after all this time, it is known that both games function normally and do not get in each other’s way in any particular way.

And which is more popular? Exact data is not available, Riot does not share much information about the number of players, while interest according to Google trends: 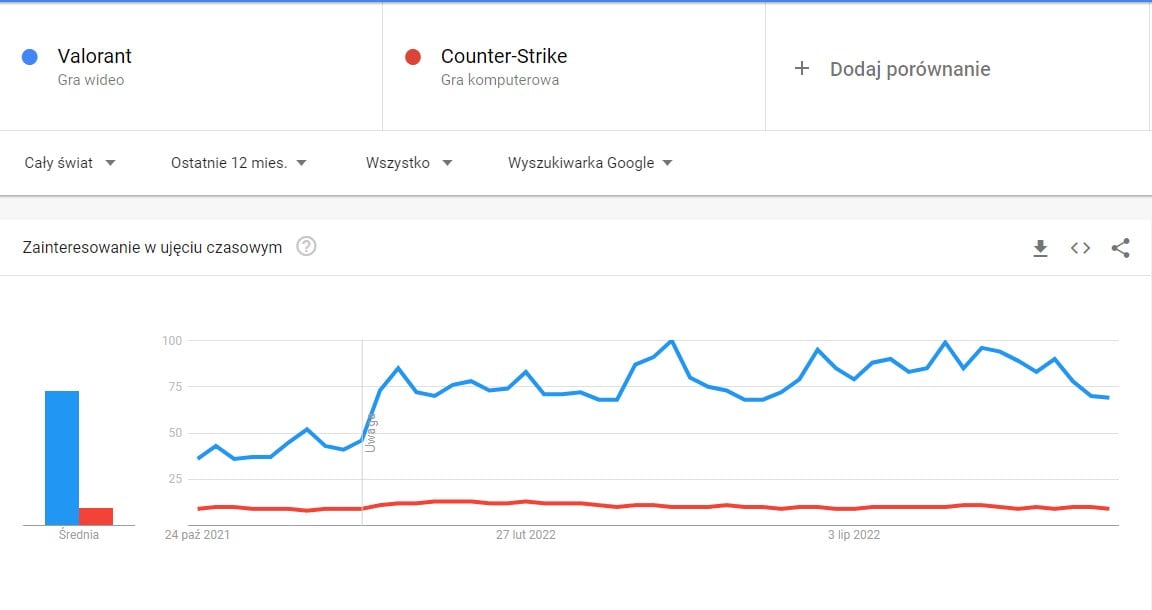 In the last 12 months, Valorant was by far the more frequently searched keyword than CS:GO.

In terms of viewership, in the last 365 days on Twitch, it looks as follows: 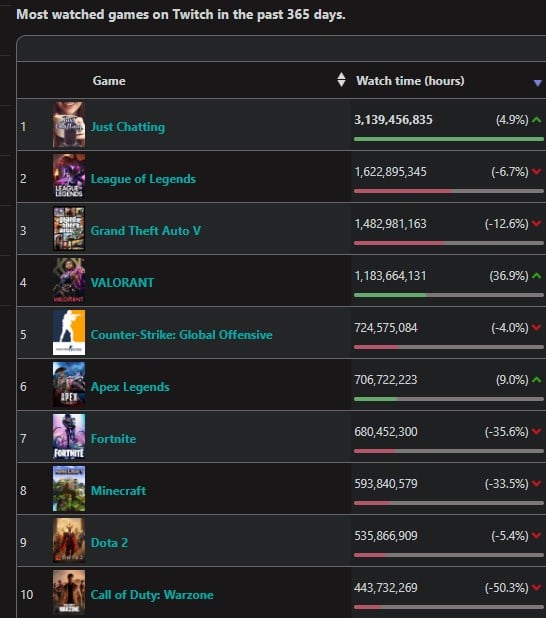 That is, Valorant at #4, while CS:GO ranked #5. It is worth mentioning here that Valorant overall has increased its audience by 36% in the last year. CS:GO, on the other hand, dropped by 4%. Of course, tournaments have the biggest impact here, and on Twitch it all depends on them.