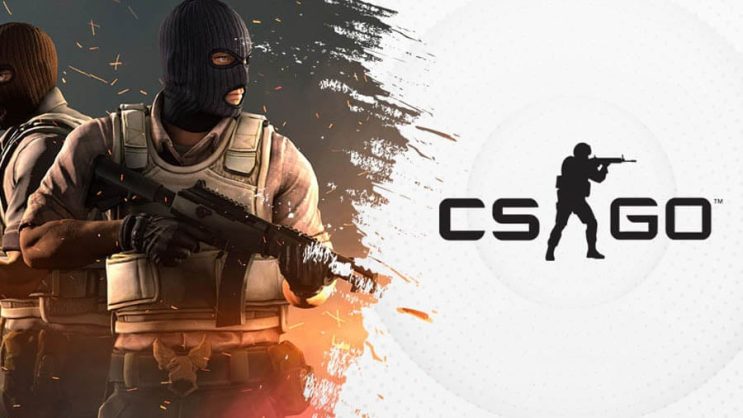 Valve, in reference to the already concluded World Cup, added an entry that has become quite viral.

The World Cup called Valve out of its winter slumber and probably gave the developers an idea. There isn’t much changing in CS:GO itself anymore, and this would certainly be quite a refresh. Players are proposing to make it work on regular matchmaking as well, but before that, it would probably take a lot of time.

The idea is thrown around by Valve just like that, without much context. Probably someone had some vision and simply posted a tweet. It’s hard to say whether this can be taken as any kind of announcement – rather not.

READ MORE
CSGO players can already stop thinking about an operation this year. Such Christmas only on animation

The idea is relatively simple. When a match ends with a score of 15:15, players are separated into 5 1vs1 arenas. Duels are fought in them to determine the winner later. 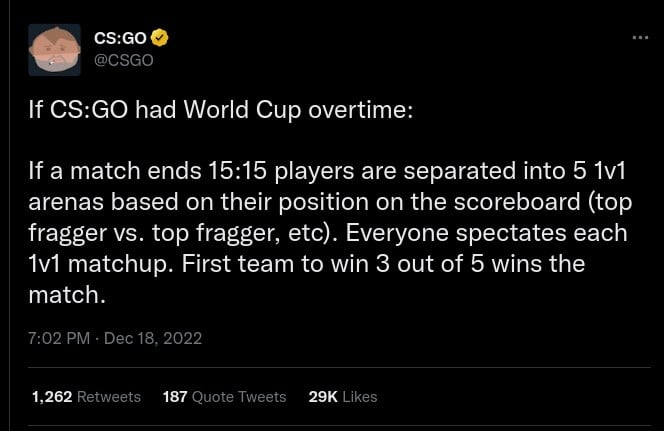 Could this work? In e-sports it certainly would – it would add a lot of excitement, in normal games it would rather drag things down a lot, although since it is something new, players would welcome it with open hands.

For now, you have to look at it as a player response study. There are no concrete plans, officially no concrete work is underway on this.