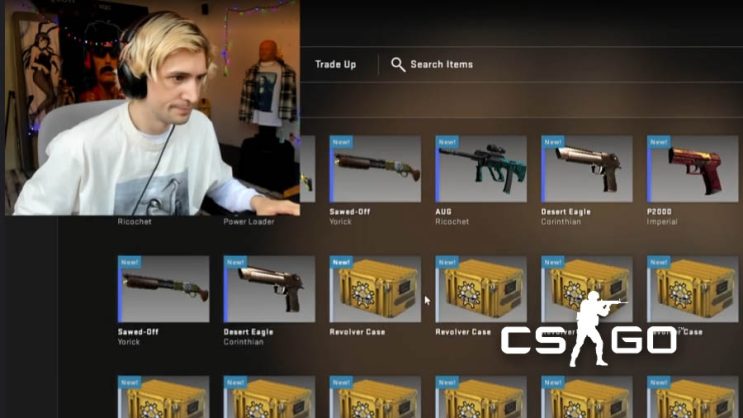 If you think you have a problem with the number of opened cases, you clearly haven’t seen xQc’s stream.

xQc was the TOP 2 streamer in the world last week. Felix sometimes plays CS:GO, although his way of playing looks quite specific. A lot of people get into CS mainly to open some cases for themselves, and xQc is no exception to this at all.

What’s more, he’s so attached to them that he can’t, or rather just doesn’t want to, play a full match without opening anything.

READ MORE
The de_Aztec map in CSGO in a new style. Instead of Aztec ruins – a nuclear power plant

When you really have a problem

The clip quickly went viral because it shows that things are not yet as bad with people as they thought. xQc opens boxes in the middle of a match just to open something.

Is that a bad thing? Rather not. xQc is known for spending money, opening cases, and playing all kinds of roulette for millions. This one or 100 cases won’t make any difference to him.