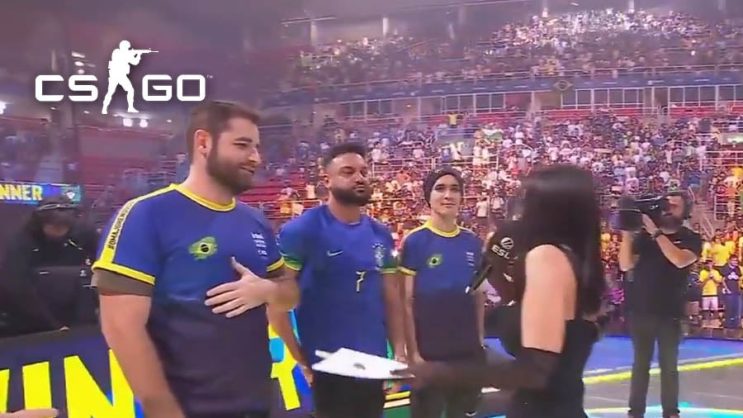 One CS:GO player was put to a rather difficult test during an interview.

Interviews can cause a lot of difficulties, especially those involving rather characteristically dressed journalists. One CS:GO player found this out, who was faced with what is ridiculously called his toughest test.

Why? Well, the interviewer could definitely distract from the important things.

A difficult interview for a player

Such situations happen all over the world, while those probably catch the most attention.

The whole situation should, of course, be seen as a joke. These types of actions quickly become viral, being more popular than great plays, and it is hardly surprising.