The new CS:GO update on the surface does not contain anything amazing. 300MB translated mainly into map changes.

The new CS:GO update is easy to miss. And not because it has a standard 10MB of content and contains mere language translation fixes you’ll never use in your life, but because the description is mainly map changes.

Valve has changed Anubis, Vlagai, Cascade, and Ember. It has changed or rather made updates to these locations prepared by their creators. In all of this, there are also smaller and larger system fixes.

READ MORE
Rocket launchers are completely changing the way CSGO is played. And the possibilities are endless

CS:GO will turn on faster

There is one thing in these fixes that should be felt in particular. Valve has made it so that the game in general should boot faster. This is now reportedly felt most by those who decided to switch to Windows 11 some time ago.

Apparently, it does not change much, but it should be noticeable. Especially just having switched to a new version of the system. Most of the other changes you are unlikely to notice, some tweaks, some map changes: 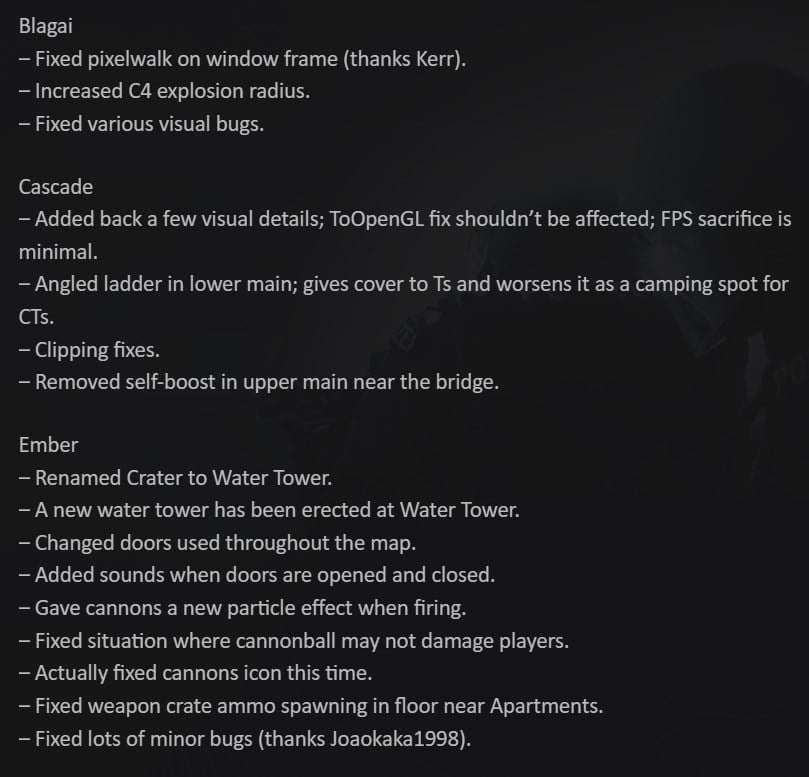 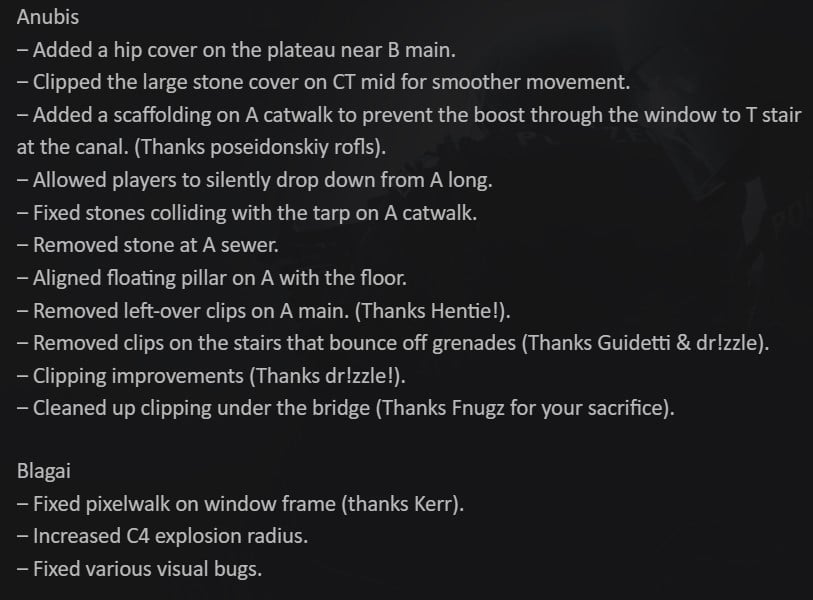 The size is 300MB, so if you see the download, that’s what it was all about.