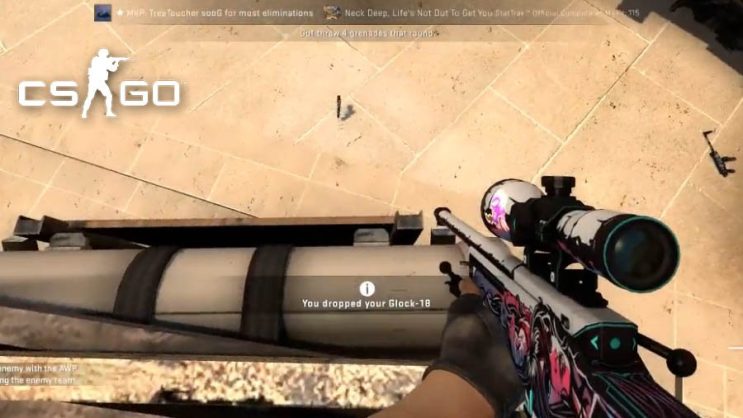 There are a lot of different kinds of tricks in CS: GO, and some of them are incredibly difficult to perform. Here, by some miracle, it worked.

One CS: GO player dropped his gun and wanted to retrieve it. Normally, he would probably have walked over to it and simply picked it up, but he casually decided to shoot it. Surely you know situations like that cannot go well, and yet somehow it worked out.

This is exactly what happened in this situation. The clip quickly went viral, went through Reddit, TikTok or Youtube, and it’s hardly surprising.

READ MORE
Valve changed the rank algorithm in CSGO. There’s been a big reset that affects all players in the world

Back to owner’s hand

After the player’s shot, the dropped Glock returned to his hands. You can try it hundreds of times, but when you shoot just like that, suddenly something like this comes out:

It would be fun to see a special achievement for something like that. If that had happened during a tournament, Valve would practically certainly have put some graffiti into the game to commemorate the situation.