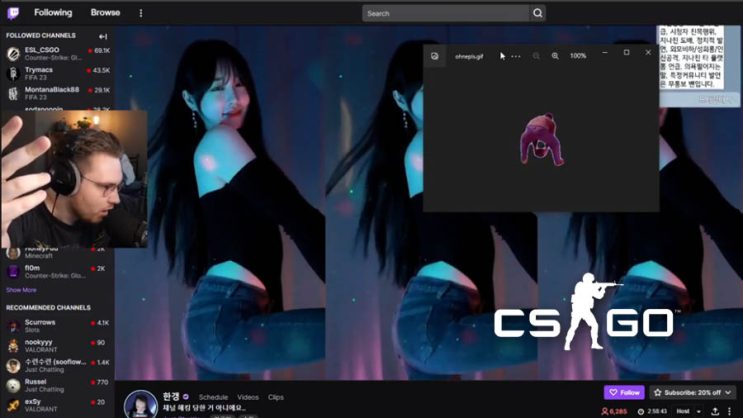 Twitch has decided to remove one of the emoticons that “ohnepixel” had on its channel.

Removing emoticons from Twitch is nothing new. It happens most often with emoticons that depict people or animals with their backs turned. It’s even a simple scheme – emoticon shown backwards = removal.

“ohnepixel” encountered just that. Twitch decided that his emoticon violated the platform’s terms of service. The streamer was highly annoyed and told that TTV is hypocritical on the subject of what is acceptable and what is not.

READ MORE
Valve is ending its fun with CSGO players. This can be both very good or very bad news at the same time

The streamer showed the removed emoticon, and then entered the “Just Chatting” section. Of course, a dancing girl appeared there.

A clip of this is currently the most popular in the CS:GO category, and it’s hardly surprising. On the one hand, the removal of the emoticon, which features dancing while bowling, on the other, dancing girls.

Except that even if the girls weren’t there, the emoticon would probably still be removed. Twitch considers this to be content not necessarily intended for young audiences. What is puzzling, however, is that the girls, often quite “scantily” dressed, are all right.