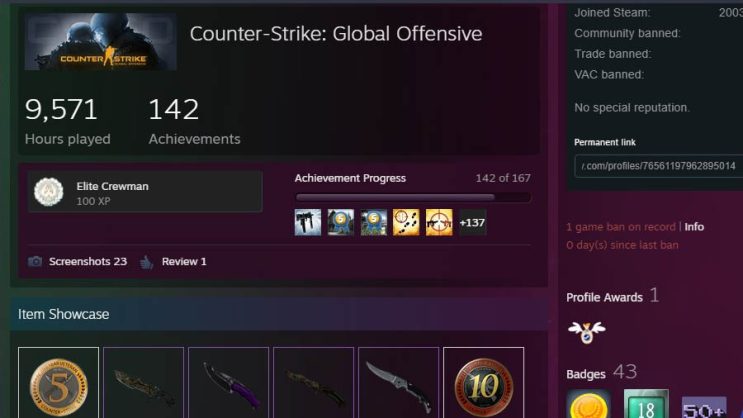 Valve has started working hard. A big action of banning cheaters is going on today.

If the profiles of people reporting on the CS:GO world are to be believed, a big action of banning cheaters is going on today. The mass of programs that offer the possibility of cheating have become detectable. There is a chance that this will be a breakthrough, but it is unclear how long it will have an effect.

For sure, really well-known players are being banned, as it’s not about software that is available to everyone for free, but really expensive cheats that were described as surefire when it comes to security.

READ MORE
After 7 years, CSGO players have realized that Valve made a mistake with hitboxes. That’s why you couldn’t hit your shots

Is this the biggest wave of bans? Not necessarily, although information about it is just emerging. Certainly, bans are getting people who have been avoiding punishment for a good few years. 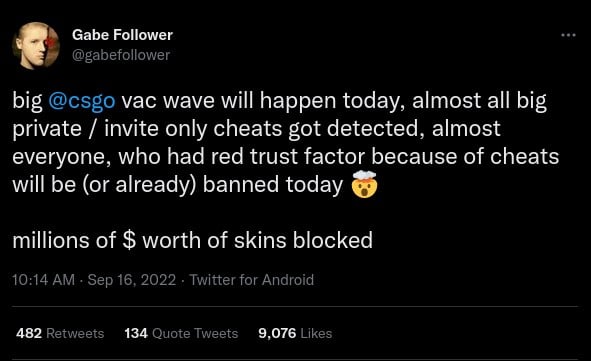 There is even talk of accounts from 8 years ago now being banned. Something has definitely moved. Unofficially, it’s about changes made 2 months ago that are now being enforced. 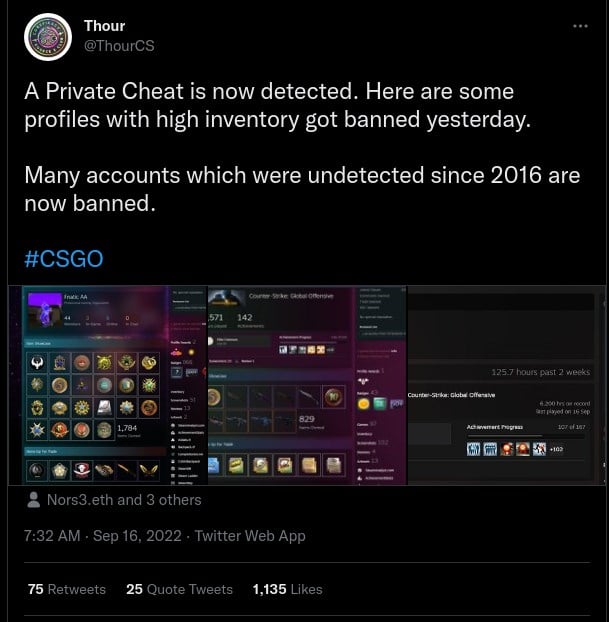 The screens show accounts that were created back in 2003: 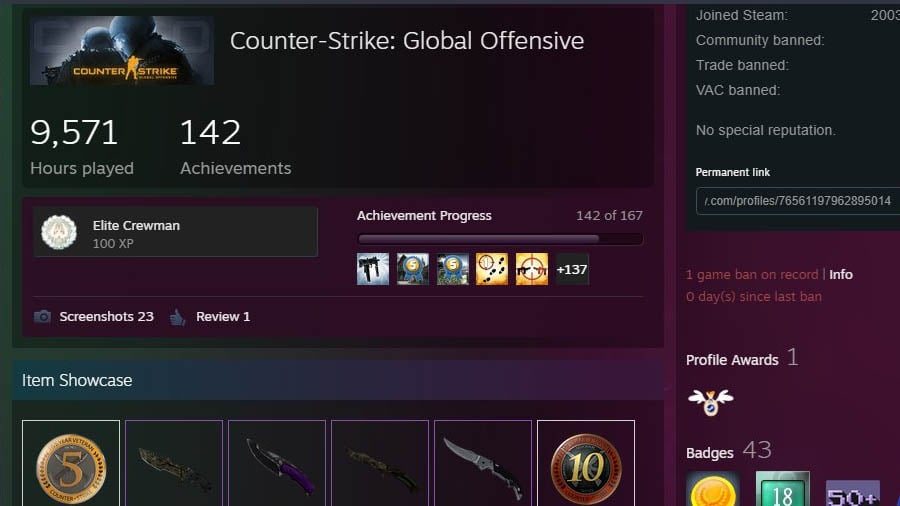 How this has affected CS:GO will only be discussed in a few days. For now, people are very happy about this turn of events. Maybe it will be a warning for many for the future.