The recent CS:GO update has sparked a discussion among players regarding a possible change in the map pool.

Players have begun to wonder if Valve is accidentally going to change the active map pool soon. All because it’s already the umpteenth update in which the same map is changed. Previously, it went on without publicity, as several maps were undergoing changes.

Meanwhile, yesterday’s update, weighing 75 MB, was dictated solely by one map. This has given rise to the theory that Anubis, because the location in question, is being prepared to be added to active maps.

READ MORE
Valve is ending its fun with CSGO players. This can be both very good or very bad news at the same time

Anubis will soon have a more important role?

The update itself is not a big deal: 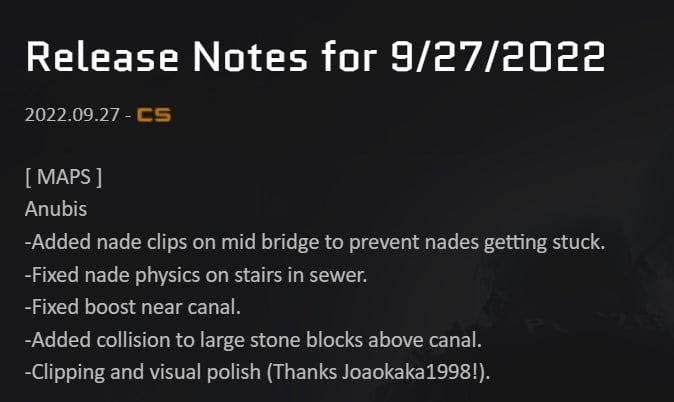 One of the plussed comments, which has caused some confusion about the whole theory, says:

Of course, at this stage it is not yet possible to talk about anything confirmed, but only a theory of the community, which may not necessarily come true.