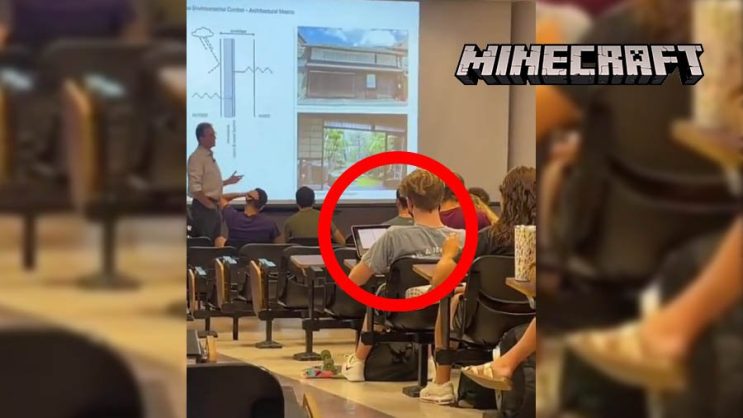 Minecraft players are incredibly creative, as evidenced not only by the great structures in the game but also by the use of the production itself in everyday life.

Minecraft offers great opportunities to create reality in the virtual and the normal world. The different mechanics and their easy accessibility make it sometimes easier to just run Minecraft than another program, in theory serving the same.

This is exactly what one player did when he used Minecraft while taking notes. Sure, you could turn on Office or any other word-document program, but apparently, it was easier to play and take notes.

The clip itself quickly gained popularity and went viral. The action was reportedly not planned, and the player did so in the past. During breaks from building houses, he simply wrote down what the teacher said, or more precisely what the lecturer said.

Others in the comments laugh that Minecraft actually comes out cheaper than the full Office pack. There is something to it, though it’s hard to say if it’s comfortable in the long run. You can certainly play thanks to this and be quite careful while studying.