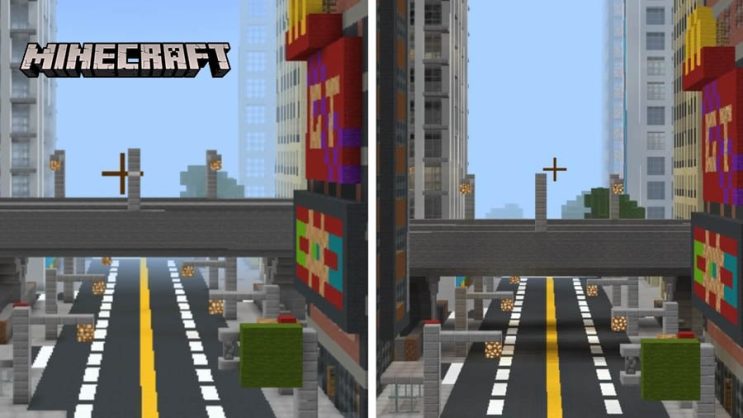 Minecraft naturally varies according to the different versions. Each has its own somewhat separate community.

Minecraft, like many other games, has its limitations, which are most evident on consoles. Players have shown how it looks on mobile devices. Actually, there is a bit of a problem, especially when you juxtapose the PC version with the one on consoles.

You used to need to have a powerful PC to even think about playing Minecraft. Hardware got better and better, and optimization grew, while with consoles the matter is no longer so simple.

READ MORE
Only a few Minecraft players will notice something strange here. The possibilities of the new option

The result of this is that consoles can be safely compared with phones, at least in terms of Minecraft. A real viral became a photo showing the distance of the render on the Playstation 4 and on a mobile device.

The mobile version of Bedrock looks exactly as expected. In contrast, it looks marginally better on PS4.

Gamers believe that this should definitely not be the case. After all, consoles and phones have completely different capabilities. 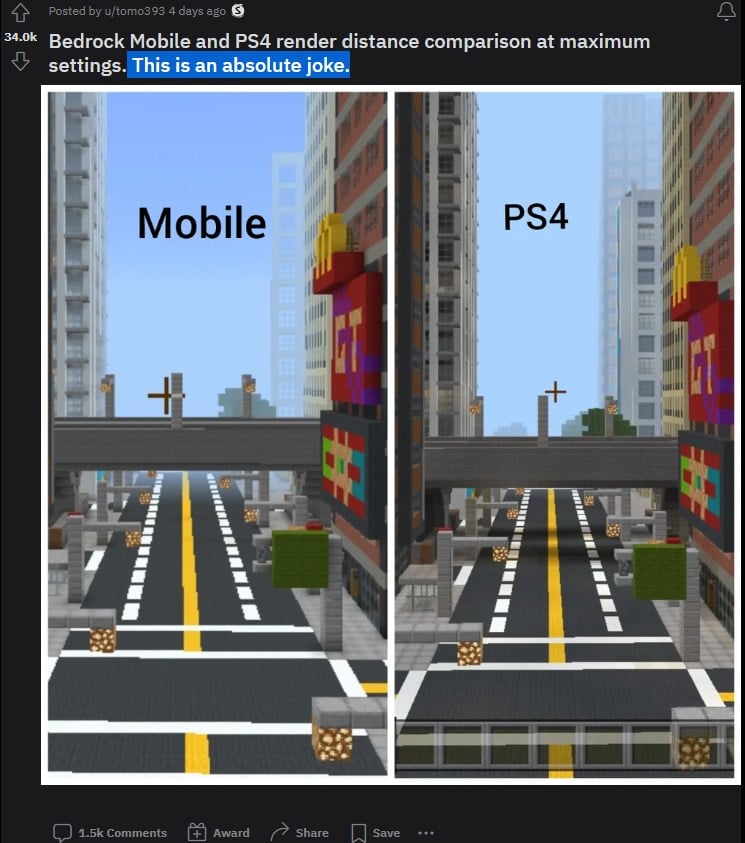 Despite this, it seems that the only solution is to switch to the new generation, as long as someone cares so much about Minecraft in the Bedrock version.