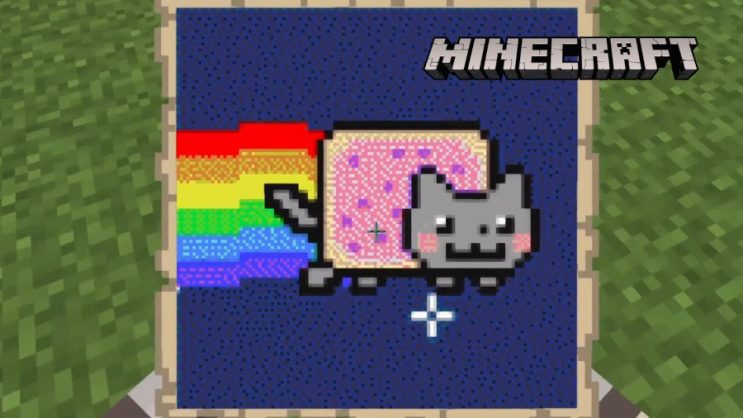 What does the characteristic animation with Nyan Cat look like and how was it created?

Minecraft players regularly create impressive things that they share online. The works that are created often find their way to Reddit, where the community can easily appreciate them. This time, one of the users decided to publish a short video that shows an animation associated with a relatively old internet meme – Nyan Cat. What is the final effect and how was the animation created?

Nyan Cat as a meme was created in 2011 and was incredibly popular at the time. A huge amount of parodies were created, and almost everyone knew the characteristic melody. One of the Minecraft fans decided to recreate a well-known animation in the production of Mojang and shared the result with the community on Reddit. What does the clip of the user with the nickname PailOfPears look like?

In just a few days, the player’s work was appreciated by over 50,000 users. PailOfPears used the maps to recreate the individual frames of the animation, and the boat, which in combination with the ice allows you to move extremely fast, helped to create the animation.

Many commentators felt disappointed because the portion of the video where the frames were already in sync was really short. Fans thought that the author could duplicate the section with ice and framed maps and simply show a longer fragment of the animation. However, it was appreciated that the frames smoothly begin to resemble a well-known gif.

Such a sensational effect was achieved largely thanks to the imposed limit of 40 frames per second. Some have found it to be one of the best use of this option.