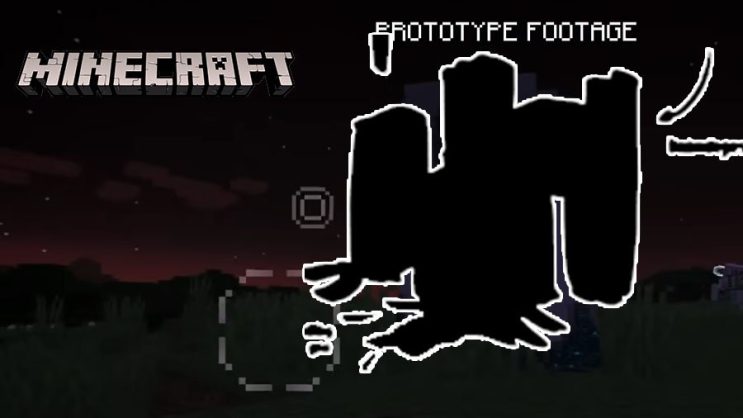 Mojang had a lot of interesting ideas for the Warden – a mob that might seem scary in its current form.

From the very beginning, Warden was designed in such a way as to arouse some anxiety in players. It turns out that its final version is not the scariest one. The developers wanted to make it even more “weird”.

At some stage, however, it was recognized that Minecraft is also being played by younger audiences, so the mob must look friendlier. This is why most of the concepts were scrapped at the start.

There were several different versions of Warden. The closest to be released was his faceless black silhouette. 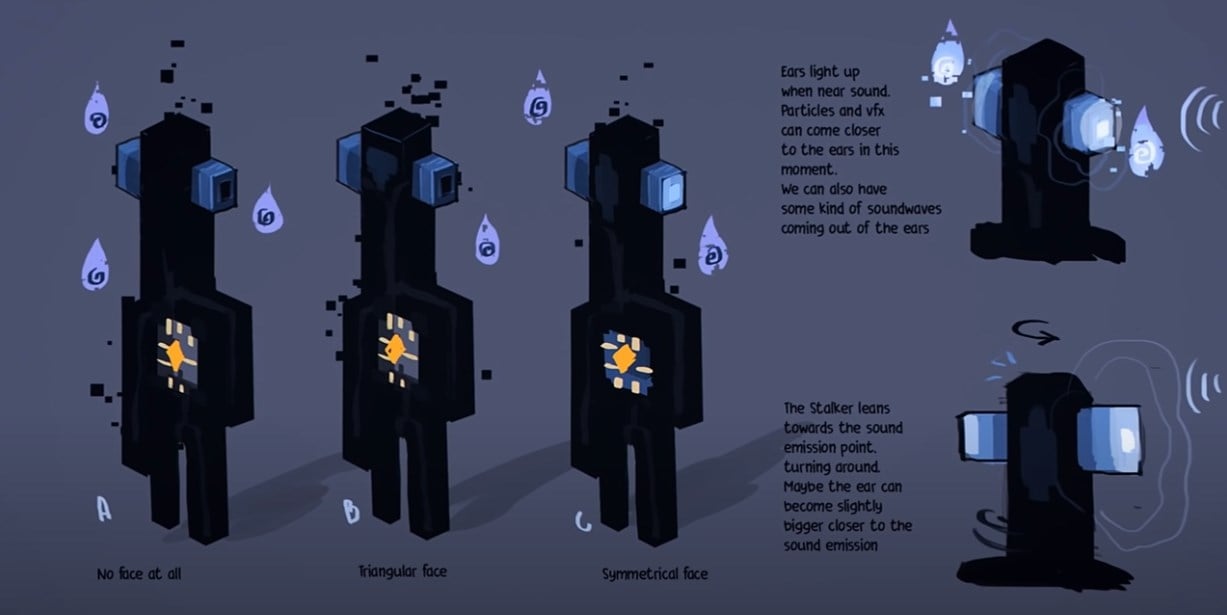 Mojang did not agree to finish this project, however, and the Minecraft creators kept looking. The following concepts show that the projects were really interesting. 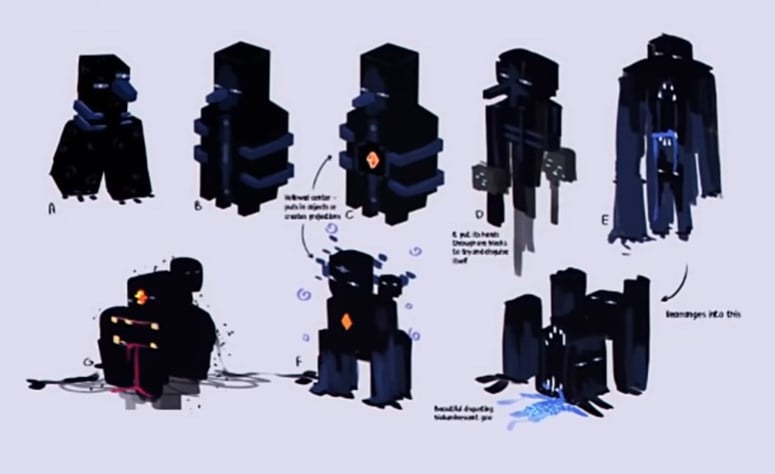 Subsequent versions of Mojang confirmed that the direction, in theory, was good, but the mob turned out to be too scary. The latter version had potential, but the developers themselves admit that it was too terrifying as well. 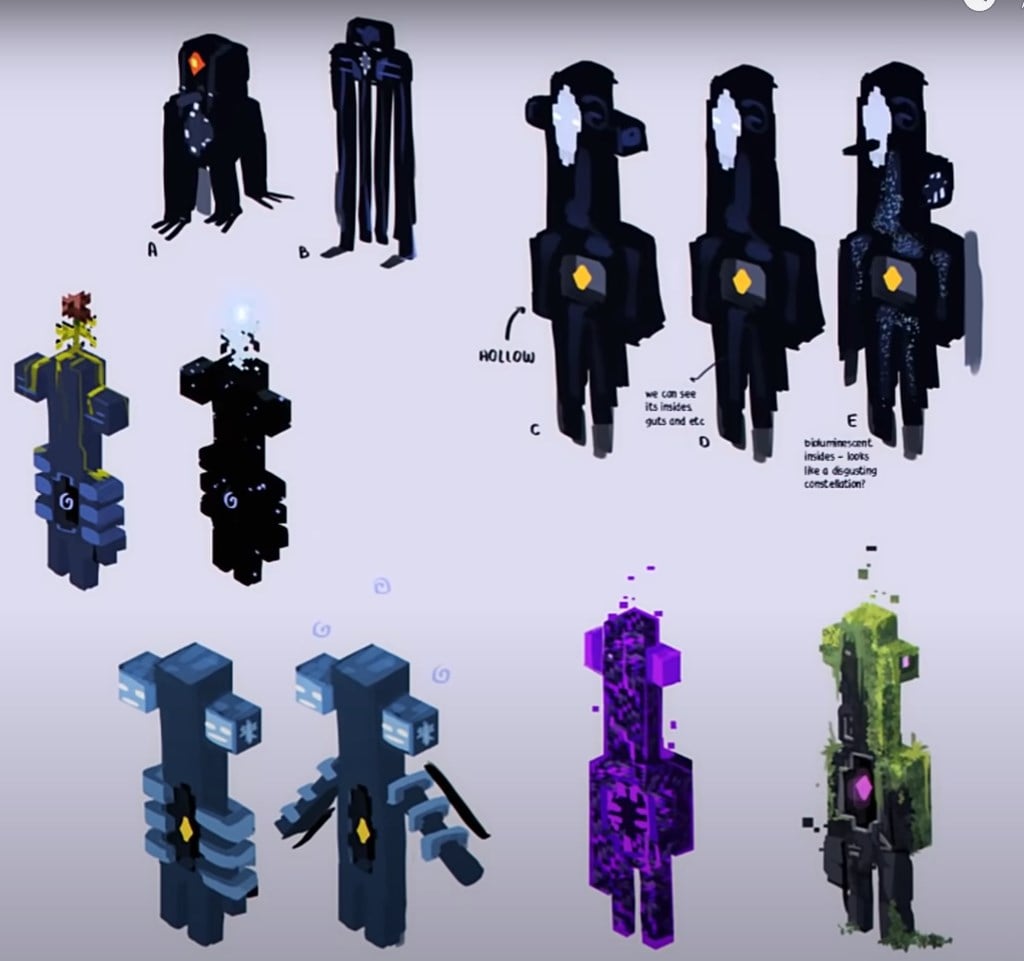 There were more and more versions, and Mojang couldn’t decide on anything. 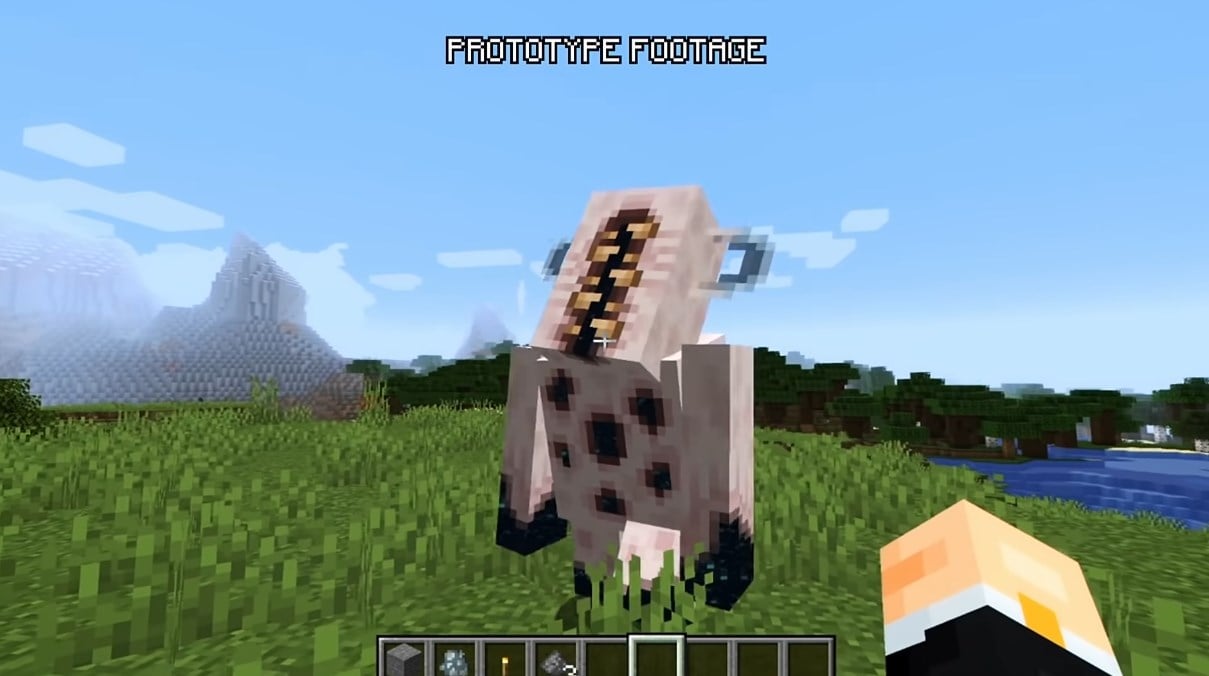 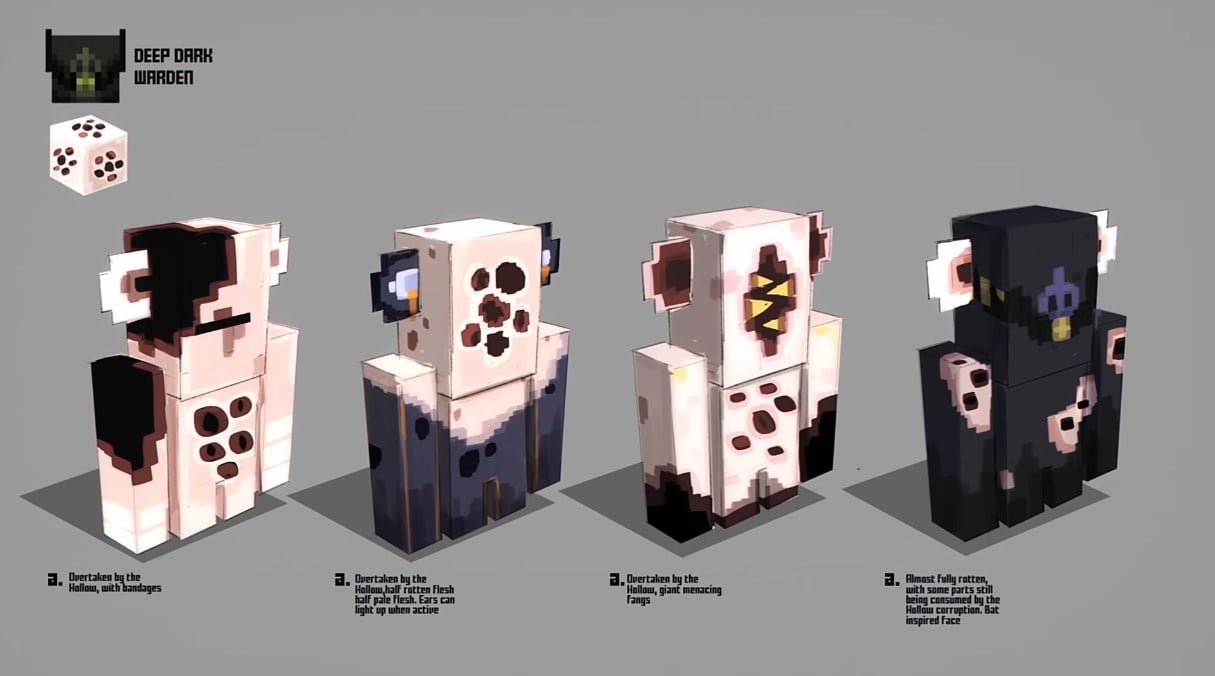 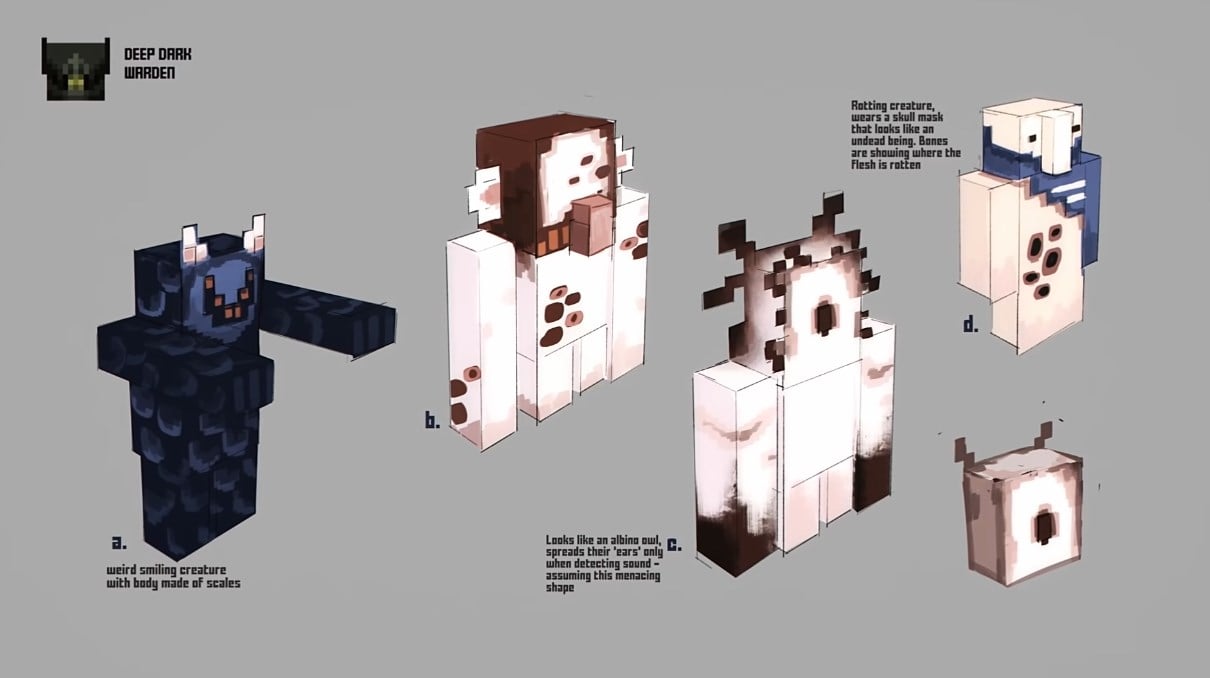 And so a fairly mild and not too scary version of the Warden won. The sounds of the mob are more impressive than the mob itself. And it could have been completely different.