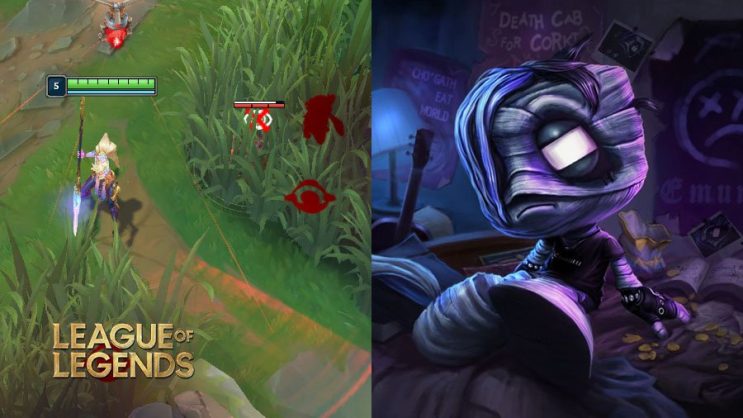 Some LoL fans argue that Totem skins should be simplified so that they are not associated with opponents.

In League of Legends, you can buy a variety of cosmetic accessories. Players can personalize their icons, collect skins or emotes, buy Little Legends that accompany them on ARAM or change the appearance of wards.

In the case of totems, it can be probably safely said that few people currently use their basic appearance, because there are so many substitutes that practically everyone will find something for themselves. You don’t even have to pay for ward skins, because they drop from free crates, and thus – many players have at least a few of them, even if they never collected them on purpose.

Totem skins are very nice, they have additional animations and sound effects. However, there is a problem – they differ significantly from the basic appearance of the ward, which can be confusing in some situations. While some graphics are difficult to confuse with the opposite character, there are also skins that are similar to, for example, yordles.

One of the players raised this topic. He found that ward skins can be deceptive, which is annoying.

READ MORE
Riot is gearing up for chaos in LoL. This will require instant nerfs and buffs

A player named penz_illustration raised the subject of skins for wards, which in his opinion look too similar to certain champions, which can be confusing when, for example, bushes are checked and you need to be prepared for a possible fight with an enemy.

Ward Skins should NOT look like champion silhouettes! The amount of times that I’ve walked up to a bush with sweeper, only to stop because it looks like a champ is hiding in the bush (and it turns out to be a control ward) is absolutely ridiculous. Where on earth is the clarity that is always being promoted/prioritized?

This affects play in a negative manner and really needs to be changed. Or am I just being crazy here? It can’t be just me.

The player got a lot of comments in which others supported his words and claimed that some ward skins are actually misleading.

Some have even given examples of specific skins that they feel look too similar to certain champions. This list included the SKT T1 kkOm ward or the Sad Mummy totem.

Unfortunately, it’s unlikely that Riot will remake some of the skins or remove them from the store. Cosmetic add-ons bring them profit, and many players would surely complain if individual ward skins were removed from their account.