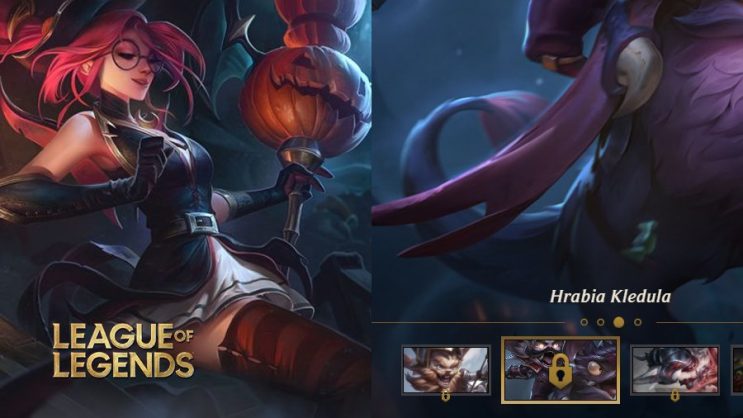 Skins and chromas are disappearing from League of Legends players’ accounts. It turns out to be a global mistake.

Everyone knows that League is buggy. Today’s update did not help either and it turned out that people are missing some skins and chromas on their accounts.

Players started reporting this issue right after the new patch was released. It turned out to be a global bug and even Riot commented on the subject.

Rather, it is not difficult for players to be surprised that they are extremely irritated by the fact that they do not have the skins they have purchased on their account. However, this was what happened after the 12.14 update, which hit the official servers today. The spaghetti code attacked again and the fans quickly found out about it.

In fact, the bug is global and affects all players. Chromas for various skins and the skins themselves have disappeared from players’ accounts. As confirmed by Riot, 5 cosmetic additives are affected:

The official profile of the support department on Reddit confirms that they are well aware of the problem and the matter is being investigated. 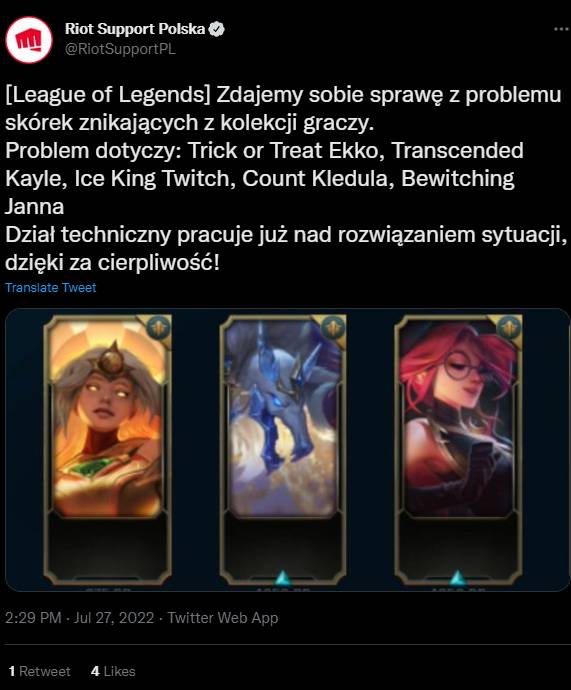 Players have to wait at this moment and enjoy the skins that have not yet disappeared. Perhaps the bug will be fixed soon and everything will be back to normal.