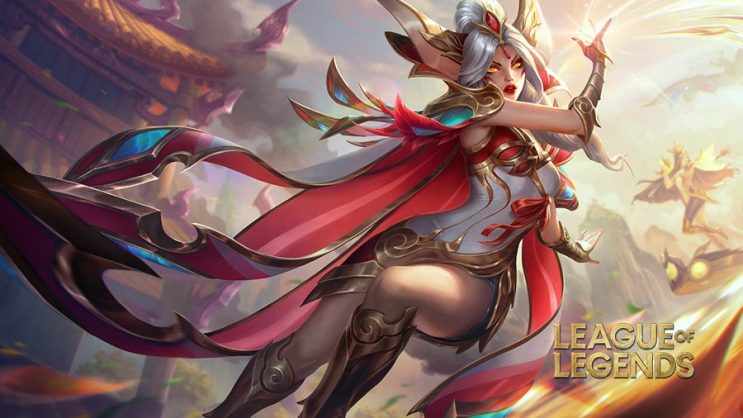 Shooters don’t exactly like this item, but it may become a meta soon.

The meta for items in League of Legends is interesting and changes frequently from update to update. However, when it comes to Navori Quickblade, simply changing the numbers won’t do anything here. The item is simply bad.

The developers also know this very well, and they have decided to revamp it a bit in the 2023 pre-season, which will appear on the official servers at the end of this year. So there is a chance that it will be really good and ADCs will like it.

Riot Phlox is currently one of those Rioters who are engaged in the item rework announced some time ago. It’s not an easy task, but it’s already known what several will look like. Now another one has been made available, and it’s the Navori Quickblade, which fans are unlikely to know very well or even know exists.

This is hardly surprising, given that it is the second least selected item in the game and its PickRate is only 0.2%.

Although the basic stats of the item do not change, it was decided to add a powerful passive skill. Impermanence gives up to 20% extra damage depending on the chance of a critical hit. 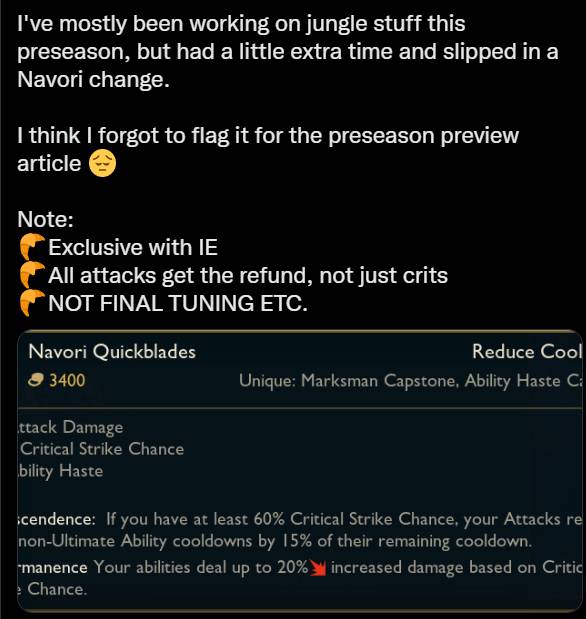 It can become a great complement to builds based on crits. In addition, the creator himself stresses that this is not yet the final version and will work on all attacks, not just the critical ones.