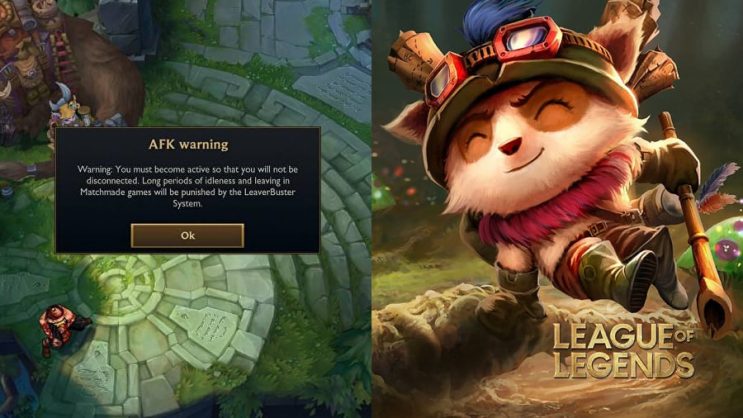 LoL players have a small problem. Even though they are playing, they still receive an AFK notification.

There are new changes in League of Legends pre-season 2023. In addition to voting for taking key objects on the map, it was also decided to reduce the waiting time for early game submission.

While many people see this as a plus, there are also downsides, and they are quite serious. They particularly affect heroes who like to hide, such as Teemo.

Riot Games has decided to fight inactivity in League of Legends. Previously, remake was possible after 3 minutes and 30 seconds. Now the surrender notification windows start as early as 1 minute and 30 seconds. While this seems like a good option, players have a small problem.

The system detects them much earlier as AFK. Even on the training tool, where items are tested, and in the preseason many people do it right there. One Reddit user complains about this:

Surely the developers should do something about it and increase the AFK time just in this mode, but that’s not all. There is something much more annoying and it happens during normal matches. We are talking about the waiting time for minions. Some characters take advantage of this to hide and wait for the opponent, such as Teemo. One fan of the little hamster has a problem because at the start of the game it throws him an AFK message:

Riot quickly found an answer to this and it seems that this will not be changed. According to the developers, players have enough time to move.

This means that players have to get used to it and do side activities when looking for a game or not play Teemo.