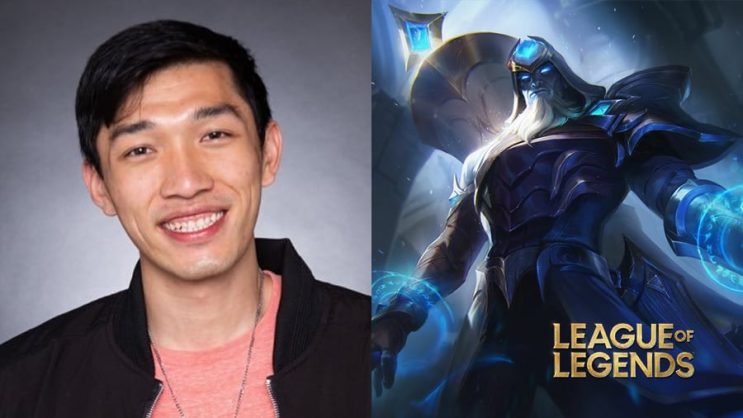 Players are laughing at Rioter, who was banned for feeding.

In League of Legends, it’s not that easy to get banned, and you actually have to weaponize something to get your account banned. At least that’s the response you can usually get from the Support Department when you ask for an unban.

This time it fell on one of the popular Rioters. He was blocked for 14 days for underplaying, i.e. feeding the opponent. To make matters worse, he was using the notorious Ryze.

READ MORE
What is the number of players in each division at the end of the season in League of Legends?

Sometimes bad games happen to everyone. Especially when it comes to normals that do not affect MMR and rank. However, in order to get banned for this, it takes quite an effort. Riot Phlox, which is responsible for character balance, succeeded in doing so. 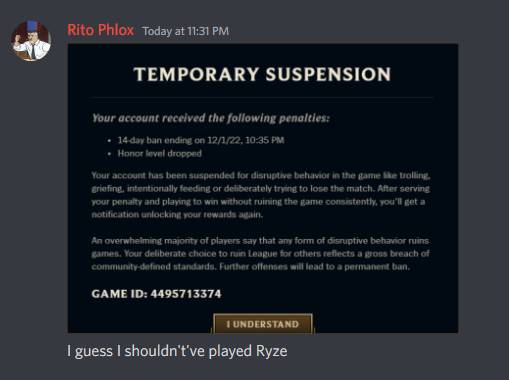 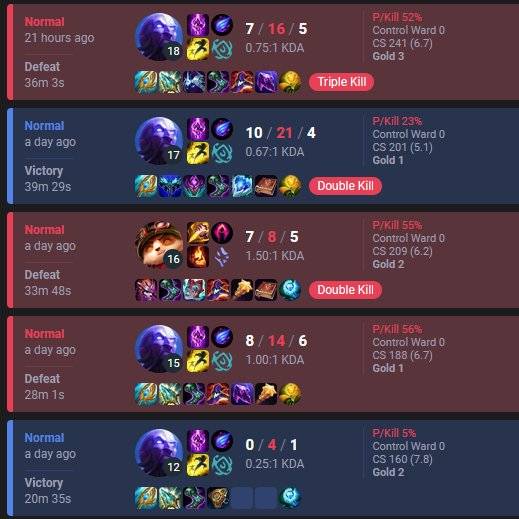 Well, that’s right, Rioter is in charge of the character’s balance and received an account block for an extremely poor match on Ryze, which he finished with 7 liquidations and 16 deaths. Probably everyone knows that the character has not been one of the strongest for a long time. According to stats-gathering sites, his players are winning in 45% of matches on average.

The community, of course, took advantage of this announcement as an ideal situation for making jokes. Not only from the employee himself, who was taken care of by a system designed by his colleagues but also from the state of the character. Some suggest that after such a mishap, it won’t be long before the Mage buffs appear on official servers.