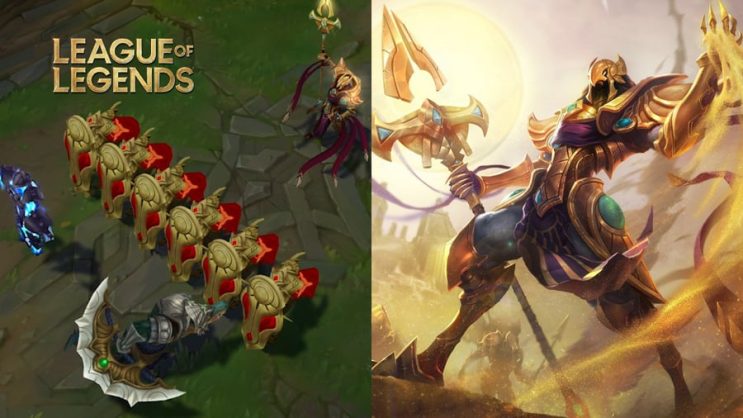 LoL developers have decided to fix Azir after several months.

The second patch of the current season has appeared on the test servers. In it, the developers decided to take a look at the long-standing problem with the Desert Emperor’s super-skill.

Riot sometimes is in not in a hurry to fix bugs in its biggest production. You don’t have to look far for examples, just look at Azir. Although the bug was already present during Worlds and was experienced by a legendary star of the e-sports scene such as Faker, the patch where the developers will fix it is only being tested on PBE.

Players of the desert pigeon certainly noticed that something was not quite right with his super-skill. If one used it at the moment of death, it did not work properly. Although the animation of the advancing soldiers was visible, they did not deal damage and did not repel enemies. On the other hand, the R itself was going into cooldown.

The aforementioned mistake has already occurred at Worlds to Faker more than once. The evidence was recorded and shared by Vandiril.

Now, this is about to change, but only in the next update. Patch 13.2 has hit the test servers, and it is in this patch that redditors have registered the long-awaited fix.

Some suggest that if it had worked properly before, the results at the World Cup would have been slightly different. Unfortunately, the 2022 Worlds will not be repeated, and fans will be left with nothing but speculation.