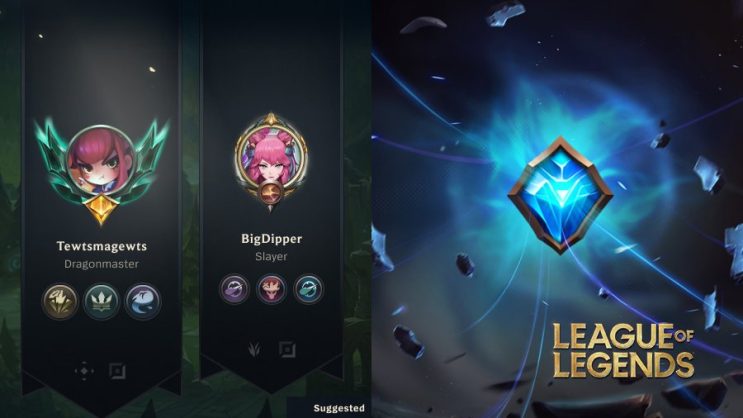 LoL players are disconsoled with a feature that has been removed from the client.

Some time ago, challenge tokens came to League of legends. Many players liked them and until now players are very eager to use them. People started to max their accounts.

Of course, as always – not everyone liked the content. There are some groups who feel that they do not need this add-on and only clutter the game. For this reason, they do not equip challenge tokens to show their progress level in completing the challenges.

However, if they did it accidentally, after 12.14 they cannot change it anymore and leave the fields blank. Riot has removed the ability to remove tokens.

READ MORE
Riot is experimenting with Dr Mundo’s changes in LoL. He will be weaker late and stronger early

The tokens cannot be removed

The League of Legends community can be tolerant and forgives the creators of many mistakes. However, there are also limits that, according to the players, should not be exceeded. We are talking about taking away functions and the possibility of not using add-ons. This happened in patch 12.14 and players are not happy about it, as can be seen from the discussion on Reddit.

Interestingly, many people thought at first that it was a common mistake and even asked Player Support to do it manually and get rid of the tokens from the account. It turned out that this is not a bug and even the employees do not know the reasons for this change. 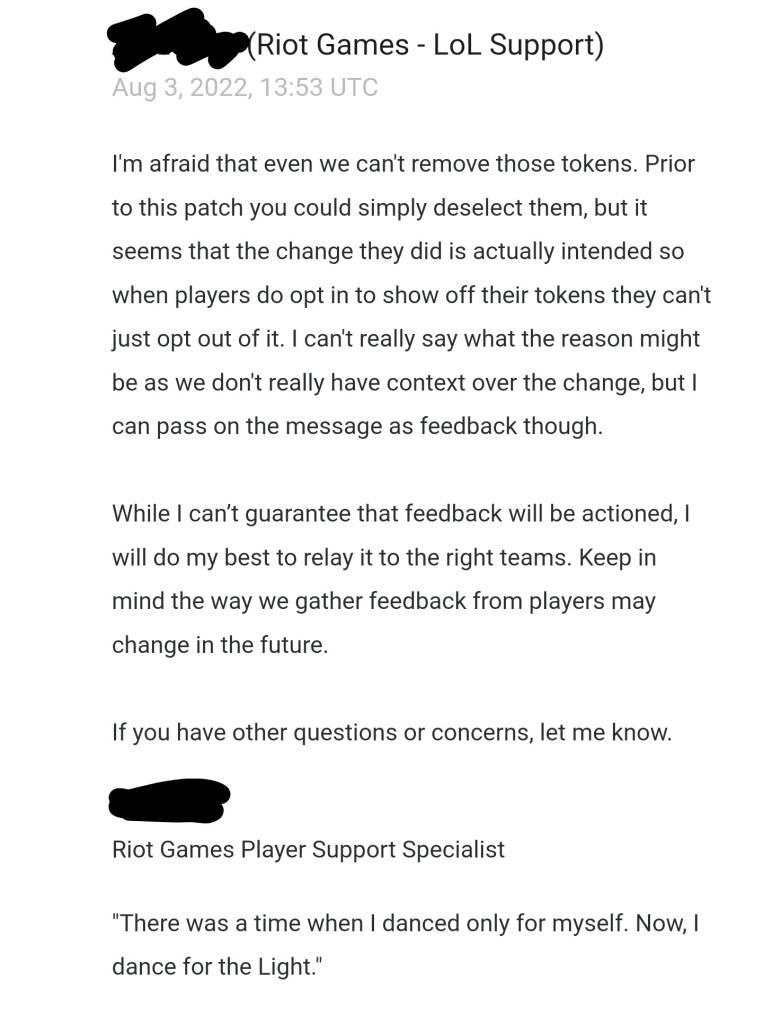 What is left for the players? It turns out that the tokens can be taken off, but not with the help of support or a client. This can be done with a special program, but unfortunately, it’s from a third party. It means that this practice may result in a permanent account ban, so it is not recommended to be used. Perhaps soon Riot will explain the reason for such actions, at the moment it is still unknown.