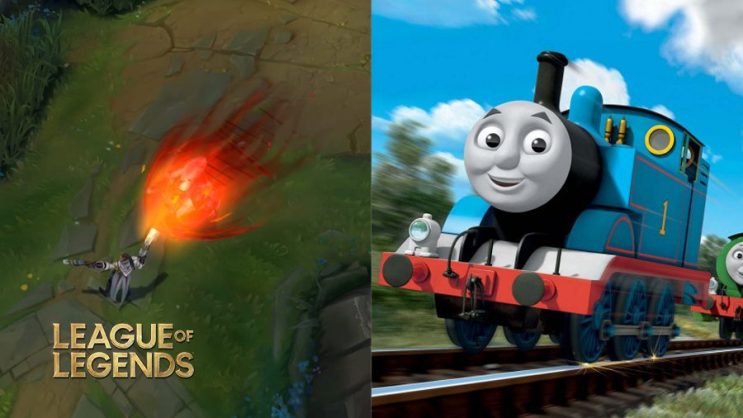 Sion rushing to the rhythm of the song from Thomas the Tank Engine? Yeah, it is actually happening.

League of Legends players can surprise in many ways. We often see amazing cosplays, great montages on YouTube or… mods, but not the usual ones.

Perhaps you remember the controversial skin to Yasuo, where he was pushed on a wheelchair by Yone. Now SFX has been created for Siona with a music theme from Thomas the Tank Engine.

Thomas? No, it’s Sion on ult

The ideas of the League of Legends community have amazed even the most persistent fans of the production. They are often inventive, silly, or downright funny, and often contain a little bit of everything.

Now we were surprised once again with the Sion mod by the Redditor RoloSaurio. During the broadcast, the characteristic meme song from Thomas the Tank Engine resounds across the entire map, along with the characteristic and slightly terrifying sound.

Some have instructed the author to “scale” the song with AD. This means that the more damage he would do, the louder the music would be.