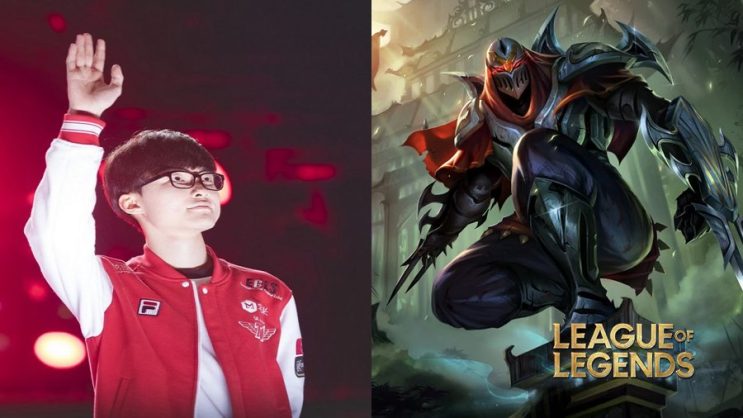 The LoL community is reminiscing about the old, old days and Worlds. According to players, the hype for this element will never return.

The next Worlds will start soon. The best teams from around the world will face each other in a tournament for the highest stakes, which include the title of World Champion, their own skin, and good money.

However, for fans, something else matters. Among other things, it’s about the hype for the characters that the pros were famous for. Now everyone plays everything and it’s not so interesting to watch anymore. At least that’s what one Redditor says.

READ MORE
This duo on bot in LoL according to players should be banned. Why is it so annoying?

Hype for mains of characters

When everyone has already made a pick, and the characters have already been banned, the time is right. The character’s nickname appears on the screen and he has the opportunity to choose his main. The crowd holds its breath and waits for the pick. It’s done, everyone goes crazy because they will see a true master of this character, and there are a whole bunch of YouTube compilations of how he outplays opponents with it. Everyone wants to see it live.

Unfortunately, those times will not return. Currently, in League of Legends, there is a meta for specific champions. In addition, players’ skills have skyrocketed, as has their knowledge of the game. For this reason, they can play with practically anything and adjust to the realities of the game. The old Worlds are recalled on Reddit by a user with the nickname CheckAcademic9098. 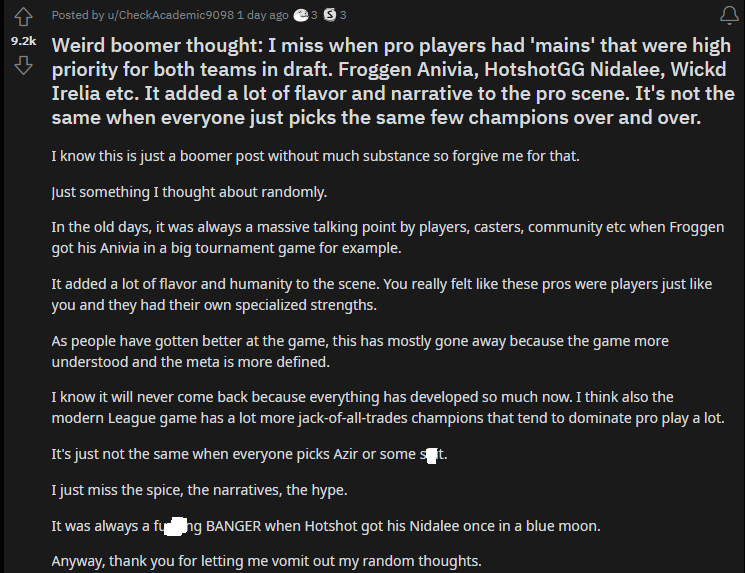 Fans mention players such as Forggen and his Anivia, HotshotGG and Nidalee, Wickd and Irelia, or Hjarnan and Heimerdinger, who was perma-banned at Worlds 2018. Now teams are mainly focused on banning the strongest characters, not those mained by opposing players.