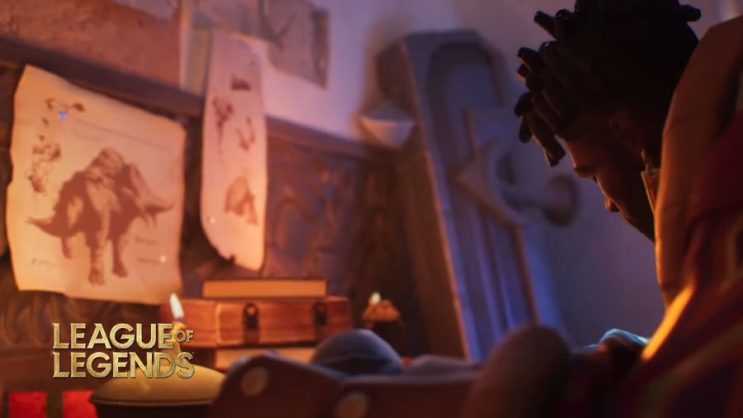 The latest trailer from League of Legends shows a new hero – K’Sante.

Players were able to find out some time ago that one of the next heroes to come to League of Legends will be K’Sante. New information about the champion appeared from time to time. One of the first was the one about the fact that it will be a tank, whose skillset will be more complex than usual for a hero of this class. Players, after numerous teaser messages from the developers, can finally get to know his appearance through the official trailer, which appeared online. What exactly will the hero look like?

READ MORE
Jordan brand shoes styled with League of Legends heroes. A great concept that could be a hit

A video has surfaced in China, introducing the next League of Legends hero that Riot has been talking about for quite some time. We are talking about K’Sante, who will be an extended tank, fighting in the top lane.

His weapon will be Ntofo, which is a sizable-edged weapon that can be used defensively.

At any moment, however, he can crunch it to reveal carefully crafted blades capable of dissecting any opponent in an instant. Moments after that, the skin returns to its original form and allows to squish his enemies again.

It was also known that he would come from a previously undisclosed region of Shurima – Nazumah, a city-state that is also an oasis located on the southern outskirts of the desert.

Fans can finally get a look at his appearance via a trailer for the Chinese market.

Since the text is in Chinese, fans decided to translate it so that a wider range of players could understand it.

The sun is coming up and it is another day of hunting.

My ancestors stabilized Nazumah to escape the exalted and the ambitious.

Regardless of size or form, the monsters will never stop coming.

So I, K’Sante, will defend my people to my last breath.

Many players are excited to see the latest video. They like the atmosphere in which it has been preserved and the very appearance of the hero, which stands out from those who have recently appeared in League of Legends.